These are the first of our releases for the Sauk and Fox Native American Indians. 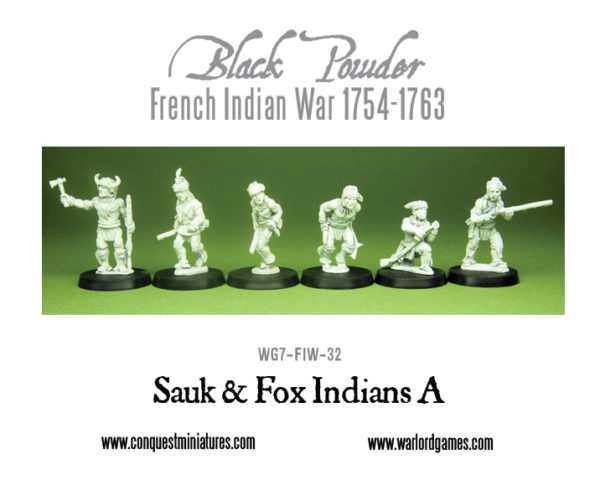 Although distinct peoples in their own right, both the Sauk and the Fox peoples are largely synonymous with each other, becoming known eventually as the Sauk and Fox.

The Sauk, forced from their homelands by other Native Indians – in particular the Iroquois – and then again by the Francophile Huron, stood firm against the US army  in the Black Hawk War under the leadership of the eponymous Black Hawk.

Years of war with their French-supplied Huron enemy coupled with exposure to European diseases took a heavy toll on the numbers of the Fox (more properly known as Meskwaki) people. Resisting the French from further eroding their homelands for nearly three decades through economic and military  routes, the Fox populations further dwindled with them finding shelter with the Sauk people.