Airlift your American troops into battle with this new plastic kit from our partners at  Italeri – the Waco CG-4A glider. 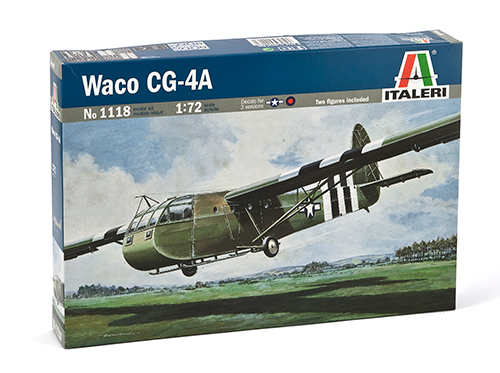 The CG-4 glider was built for the US Army during the Second World War to equip troops with an air transport solution that would be easy to produce and cost little, seeing as they were expected to be abandoned after landing. Nearly 14,000 Waco gliders were made and saw action in all major allied offensives in both European and Pacific theatres. The Waco also saw service with the British military, being renamed the CG-4A Hadrian in the process.

Normally towed by a C-47 Dakota or C- 46 Commando, it could transport 15 fully equipped troops. It could also be used to transport heavier equipment into the action – a Jeep, a 75 mm howitzer, or a 1⁄4ton trailer could be loaded in through the hinged nose of the aircraft. 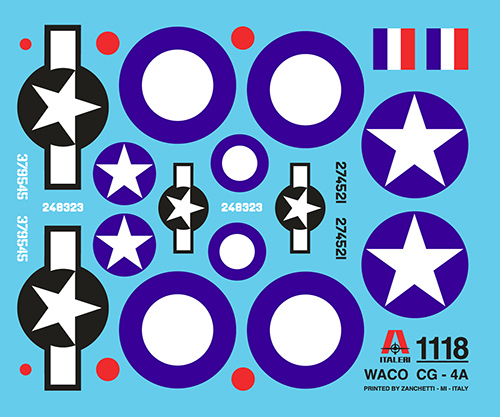 This highly detailed plastic kit is made in 1:72nd scale. We find this perfect for games of Bolt Action where a 1:56 scale model would take up too much of the tabletop. The finished model is 20.5 cm long and comes with 2 crew figures, decals (for US and British versions) and a construction booklet..