Today sees the launch of a new range of metal models for Pike & Shotte – the Wars of Religion spanning the years from 1524 to 1648. 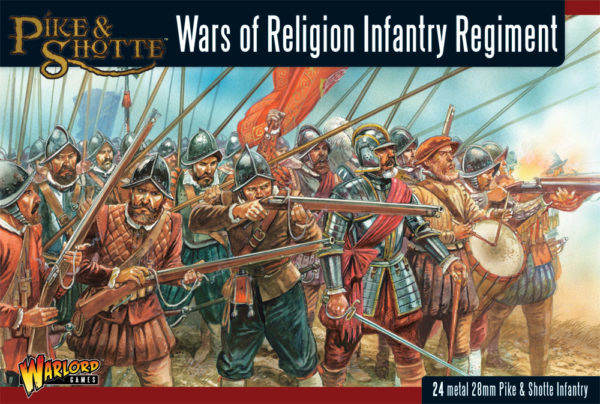 The 16th Century was a period of conflict and discovery. All across Europe armies were formed to extend Empires and consolidate power. Pike blocks held the balance of power, often consisting of thousands of men – which were supported by troops with firearms to disorder enemy formations before contact. 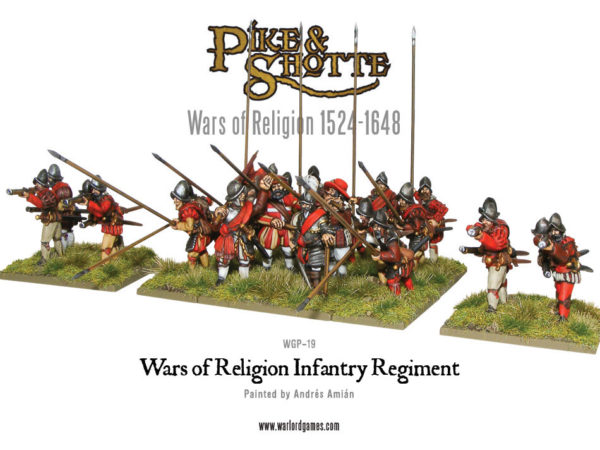 Pikes were generally in excess of 16 feet long, and the strongest men were pressed into the ranks of this arm. The firearms which provided the support developed rapidly through the century from primitive arquebuses to muskets, and the musketeer was to play an increasingly important role. 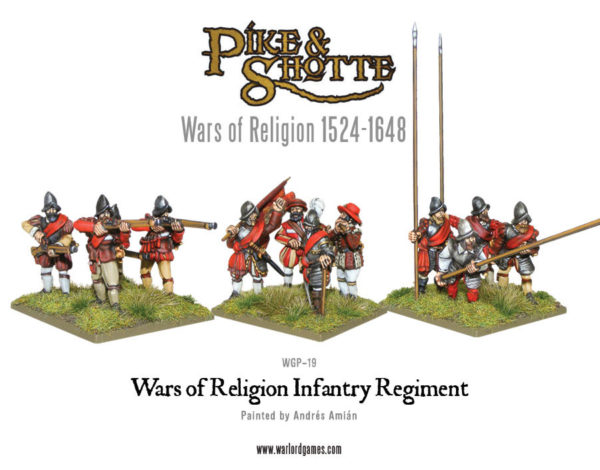 The Wars of Religion Infantry Regiment set contains 8 arquebusiers, 12 pikemen and a command group of officer, ensign and two musicians. This is the core starting point to fielding a Pike & Shotte Infantry regiment for many of the European powers, whether resisting the Ottoman menace from the East or conquering the New World to the West – Spanish Conquistadores, English Tudor armies or Christian defenders of Malta can all be represented by the figures within. 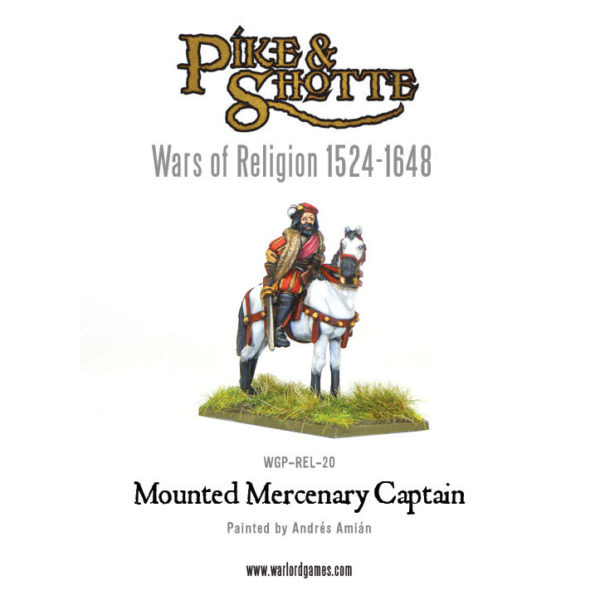 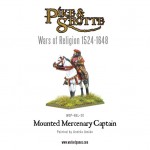 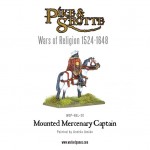 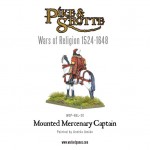 National armies were practically unheard of – with most armies being formed by those who could afford to keep men in the field. For this reason the size and quality of regiments varied greatly, and uniforms consisted largely of civilian dress unless the Colonel was wealthy enough to equip his men in the same manner. Many armies during this field employed mercenaries to fill out their ranks and here we have a mercenary captain figure ready to lead your regiments into action atop his fine steed. 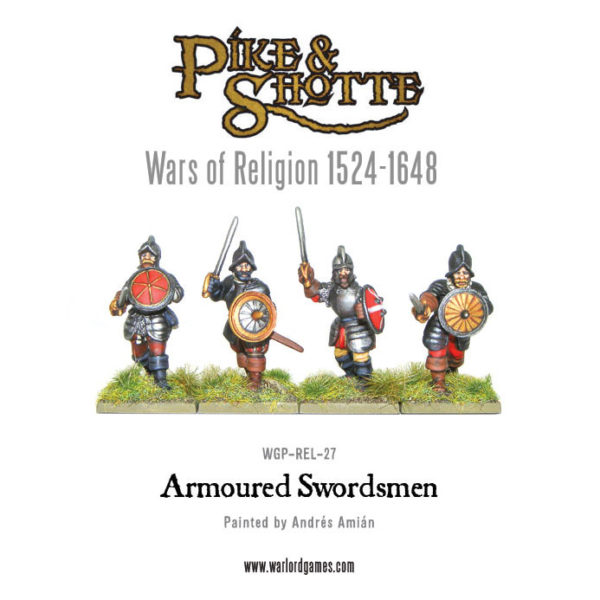 Army composition also varied greatly depending upon the wealth and influence of the Colonel. The bulk of the army would comprise of great blocks of Pikemen – however the wealthier armies would include better armed and armoured troops.

Our new Armoured Swordsmen are one such unit  and are a surefire way to show the wealth and power of your army commander! 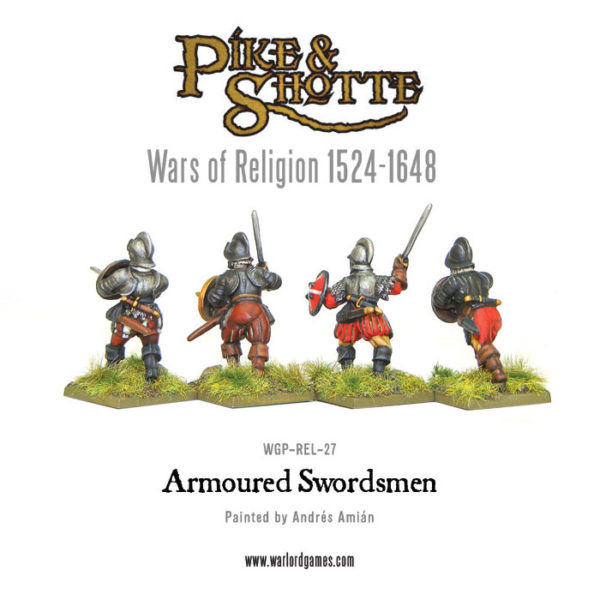 Do you want to know more about wargaming this colourful period? Look no further than our Pike & Shotte rulebook. Not only does it cover the Wars of religion, it also allows games set right across the Renaissance period – from the Italian Wars to the Thirty years War, from the English Civil Wars to the War of the Grand Alliance! 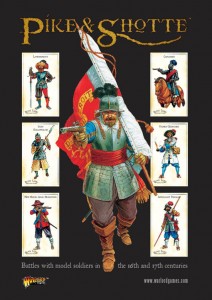 View Profile | View all posts by Rich Dando
Out with the Old! In with the New! Tank Sale
New: German Grenadiers Starter Army