Along with our first Pike & Shotte supplement The Devil’s Playground and the smashing Ordnance Battery we have a second Command Group and and a Musketeer Storming Party released ready to take part in your conflicts during these periods. 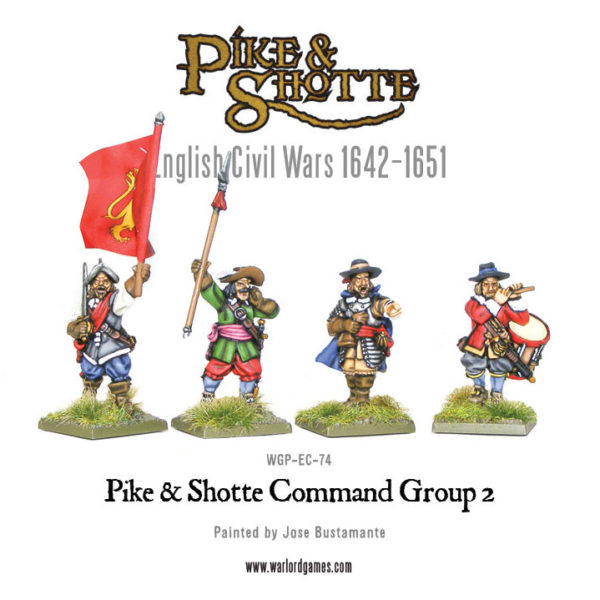 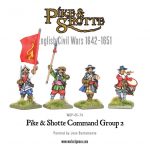 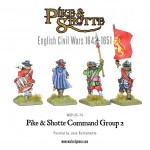 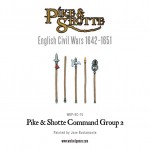 Officer. This officer is a classic study he is richly dressed, in old fashioned jacket and possibly has served on the continent himself. He will be ideal for all early armies, as Royalist, Parliament or Covenanter and will serve as a captain or lieutenant of foot. He is encouraging his regiment forwards and pointing them towards the thick of the battle.

Ensign. This fellow is a classic Ensign, with sword drawn and dressed in a cassock. Again he could be used in all armies, Rebel, Royalist, Scots or Montrose.

Drummer. Every Company fielded at least one drummer and our fellow is neatly attired in a posh jacket Being a warlord Drummer, he is carrying a sword for close defence.

Sergeant. We asked for this sergeant to be a hard-bitten professional who has seen a thing or two in his time. He is doing what sergeants do best, shouting! He could be slotted into any Civil war army. 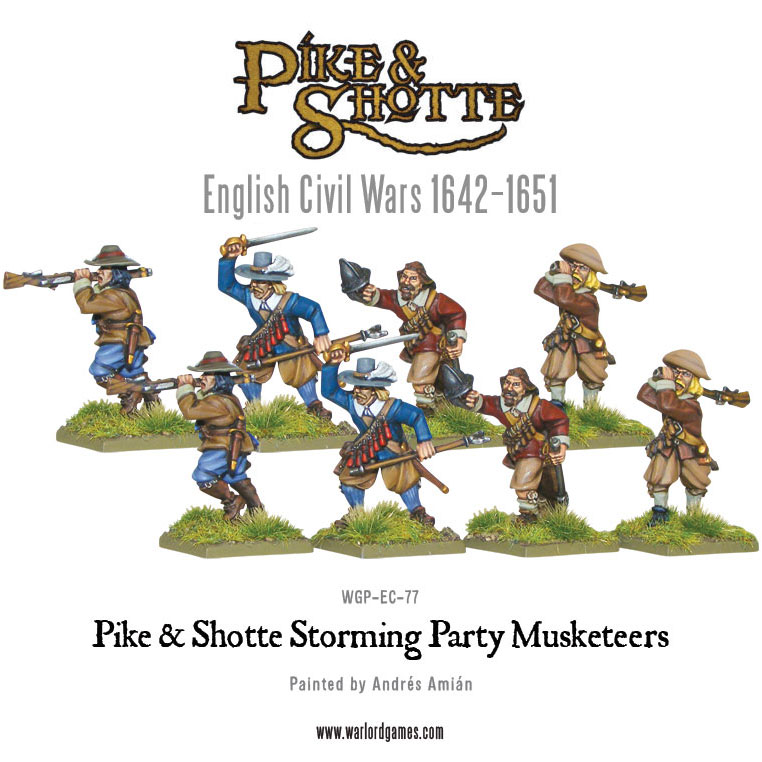 Used to storm breaches as a forlorn hope or the men to defend the fortifications, these were the toughest in the army and a privilege to command!