It was a rare thing for a general in the 17th Century to take to the field without an artillery train to intimidate and pulverise the enemy lines. These cannon and mortars were terrifying weapons, belching smoke and flames with a frightening roar that no simple country lad was likely to have heard before. 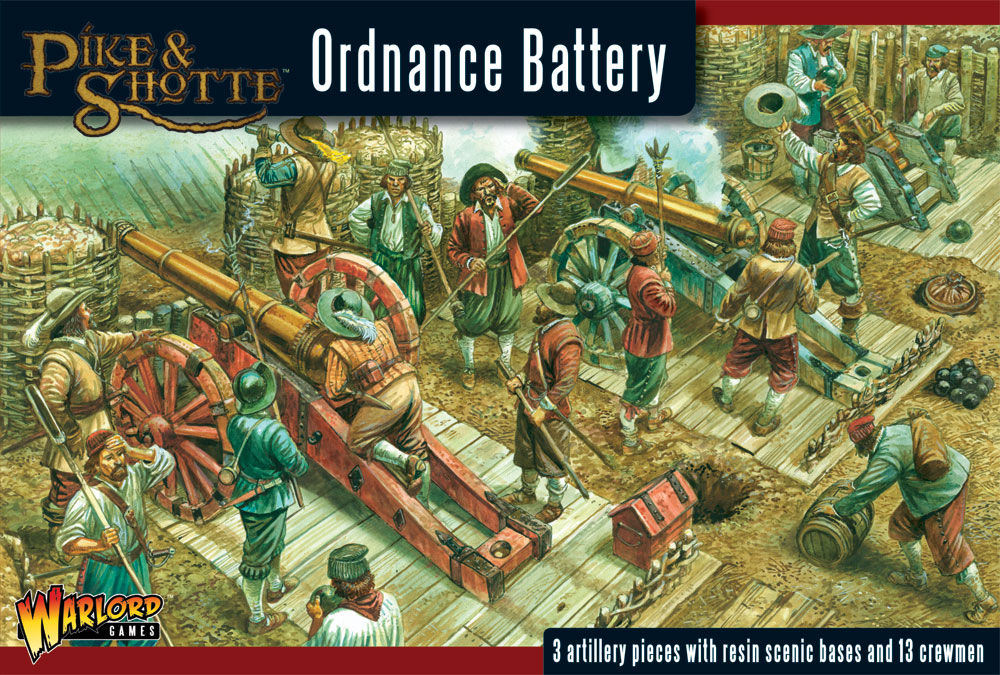 The cannon’s range of a thousand yards or more, although inaccurate at such extreme distances, could deliver its solid iron cannon balls to smash through the tightly packed enemy ranks to devastating effect. 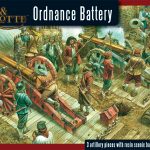 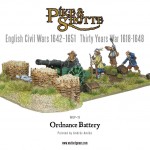 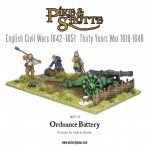 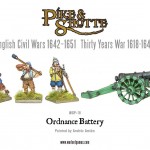 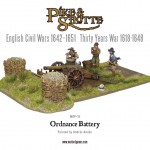 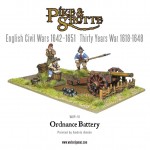 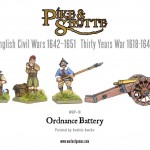 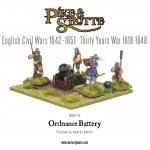 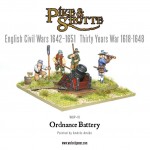 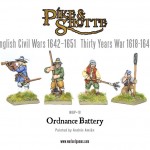 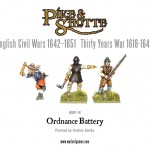 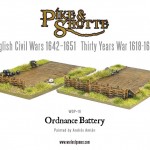 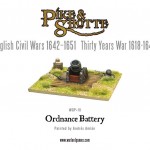 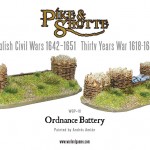 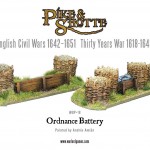 A wily master gunner would position his guns where they could do the most damage whilst not risking them to the enemy – it being a great shame to lose ones guns in battle, not least because of the enormous cost incurred in manufacturing, transporting and crewing them.

This box has three mighty weapons carefully protected by well-built gabion and wicker work defences, with the gunpowder barrels safely stowed in pits. Served by stoic crews and supported by a Sentinel, Master Gunner and an Engineer, these will wreak havoc in your opponent’s battle lines!

If you are new to wargaming in this era you will need a copy of the Pike & Shotte rulebook which is our rulebook covering the Italian Wars, Tudor Wars, Thirty Years War, English Civil Wars, and The War of the Grand Alliance this 208 page hardback book is chock full of exquisitely painted miniatures, army lists and battle report. 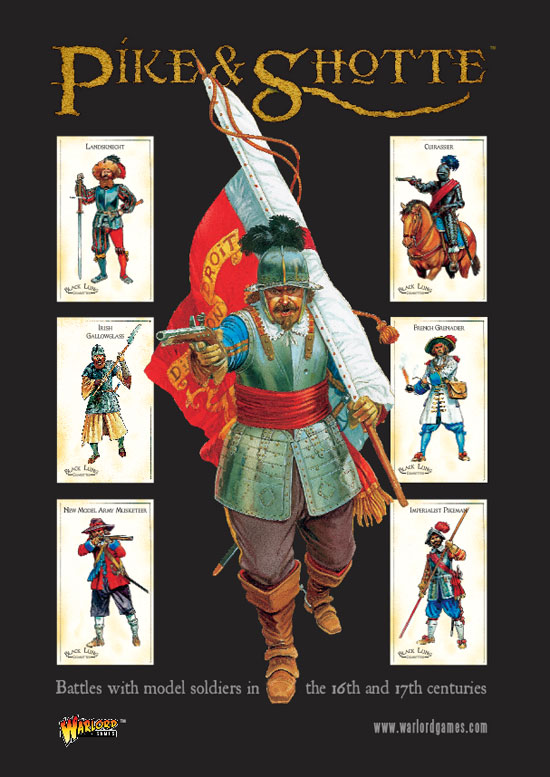 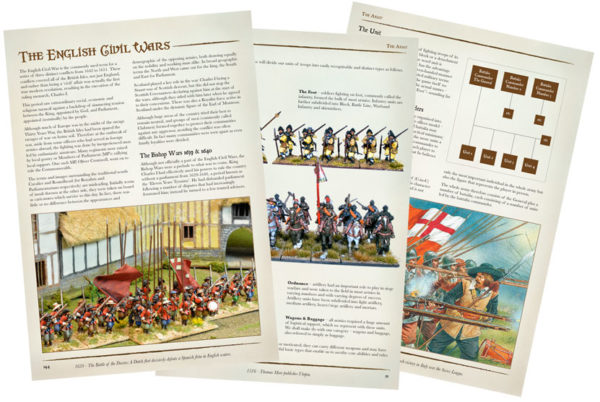 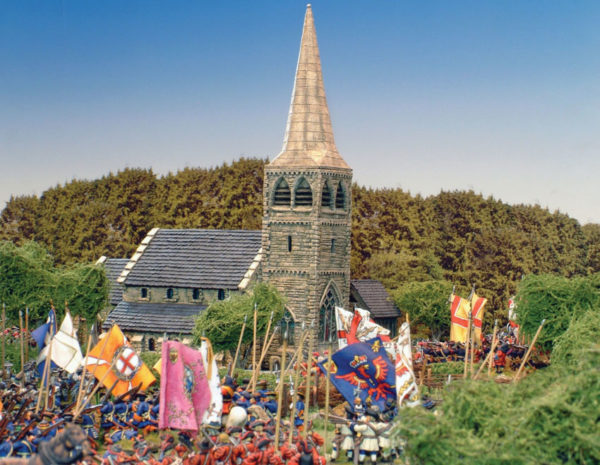 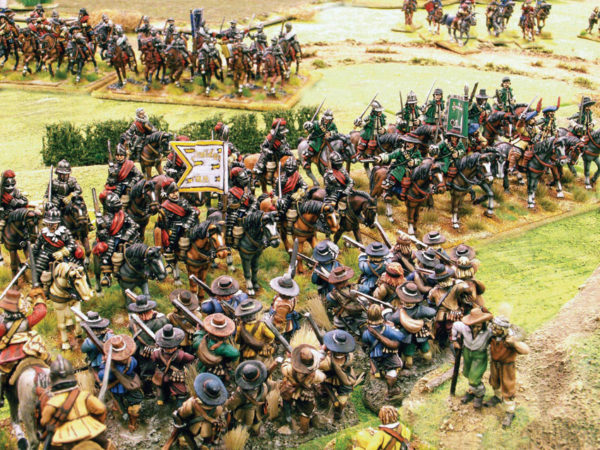 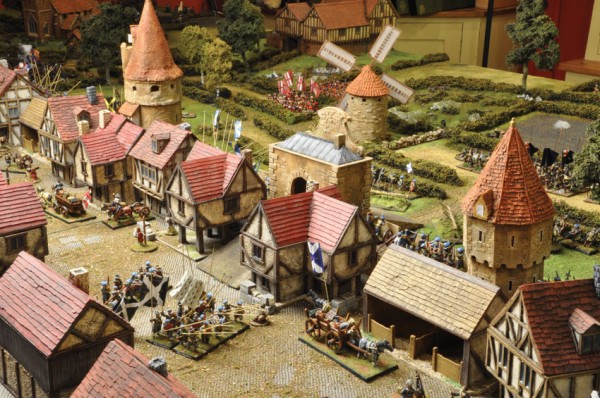 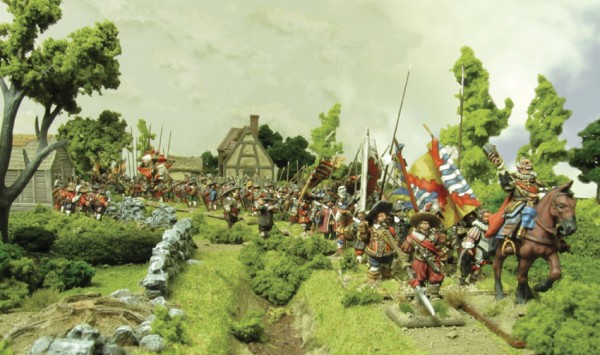 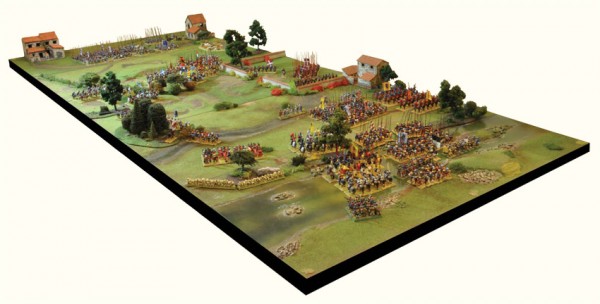 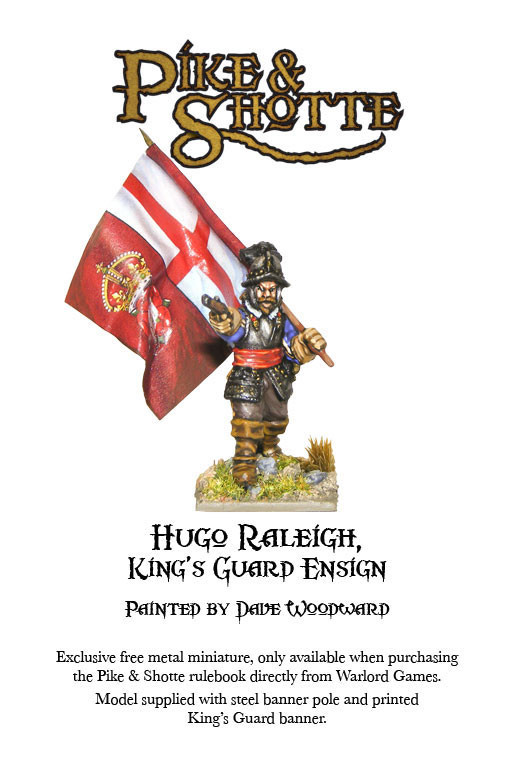