We made this as a bit of fun and to add atmospehere to your games, be they set on the green fields of the English Civil Wars or a ravaged Europe during the Thirty years War. From the preview we brought you late last year this certainly seems to have captured your imagination so we’ve released it way earlier than planned – huzzah! 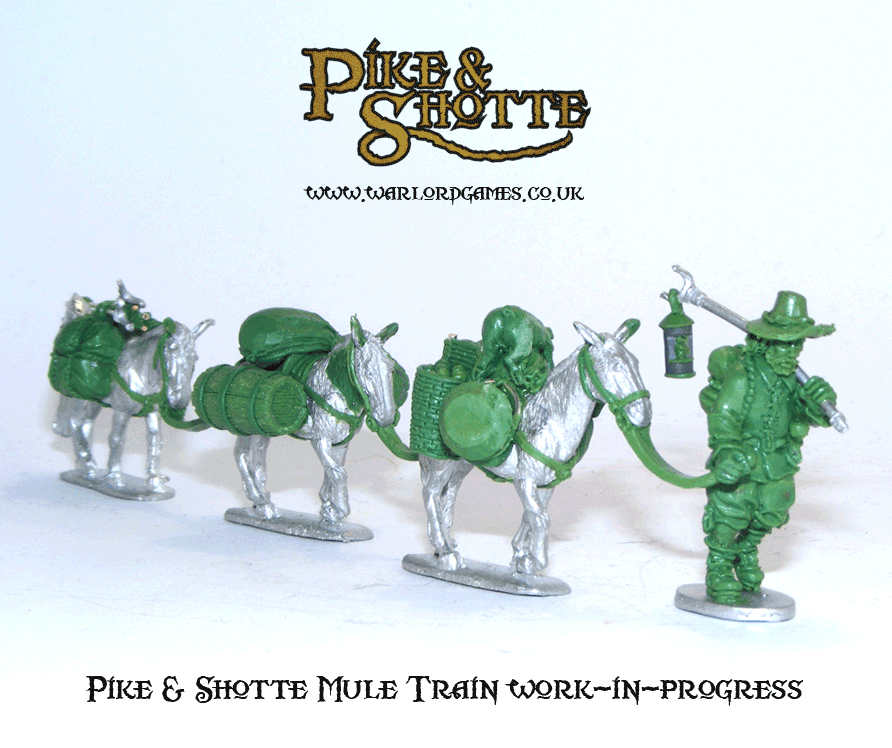 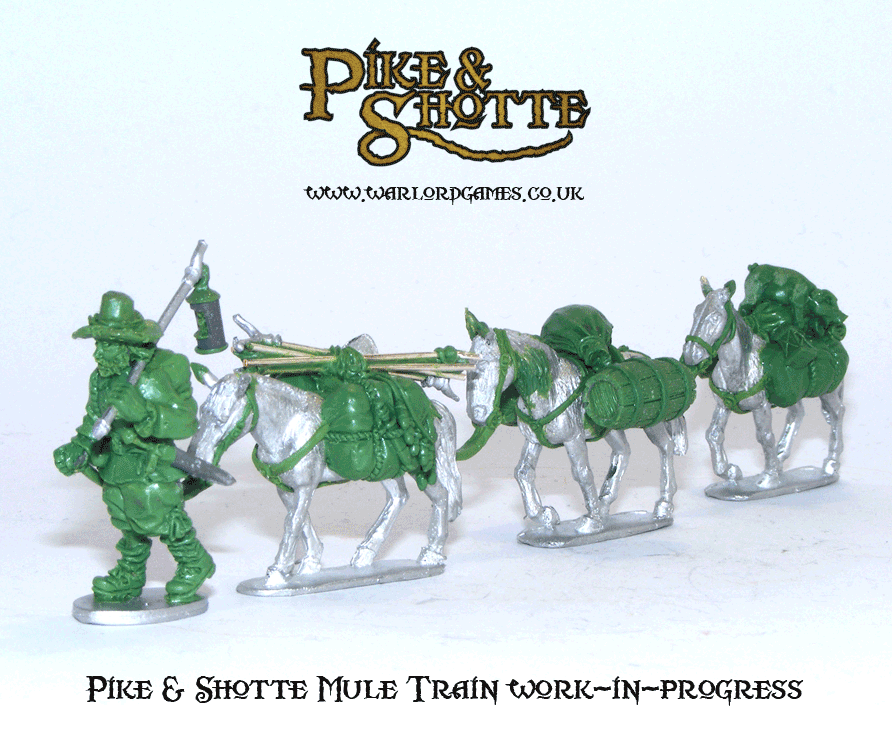 The roads of Britain and Europe in the 17th century were legendarily poor in the main. All heavy goods were moved by sea and river wherever possible, carts being suitable for light loads only. Day-to-day loads, of food forage and barrels of powder could more easily, and more reliably, be carried on the backs of men, horses or best of all, mules.

Warlord’s baggage train has a muleteer leading his braying, stubborn charges in a daisy chain, hoping the loads will stay on and no enemy patrol pick up on their noisy passage. Grab one of these characterful models here in the webstore.

To see a mule train in action look no further than this classic video clip.