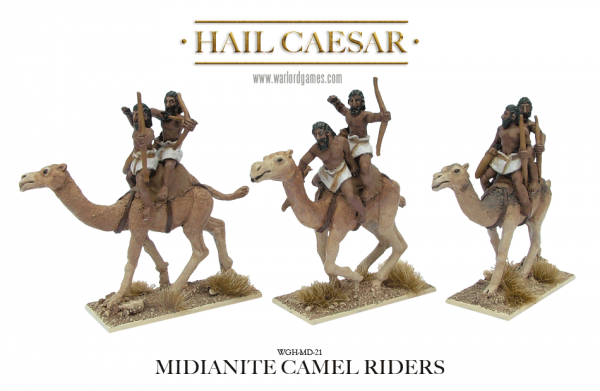 For centuries the Arab tribes controlled the passages through Arabia. Deals were struck for safe passage and protection of supply lines and communication. This was vital during the Assyrians war against Egypt.

Ashurbanipal however did launch a series of successful campaigns against them, the lightly armed archers on camels were no match for the Assyrian army. The bas relief’s telling these battles are some of the most memorable.

It is unknown whether they always fought two to a camel or not. The could have done this for raiding, where they would be able to use less camels but not diminish their fighting force. Another theory is that the relief’s show two men on each camel because the Assyrians had poisoned the water supply killing some of their mounts.

Interestingly the camels seem to have been controlled, not by reins, but one of the riders tapping one side of the neck with a stick. Presumably you tapped whichever side you wanted the camel to turn.

These models are now available in our store as a pack of 2 camels and 4 riders or as a regiment of 6 camels and 12 riders.