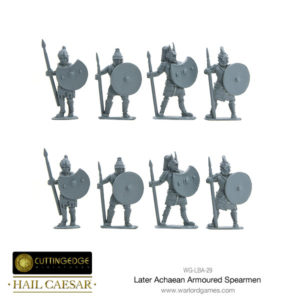 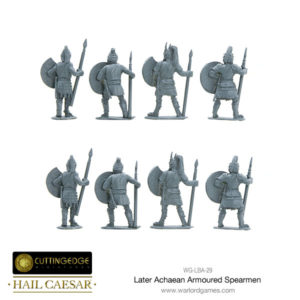 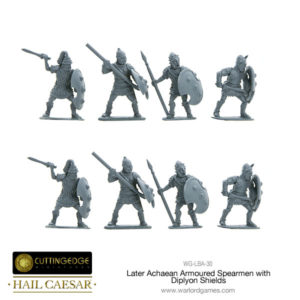 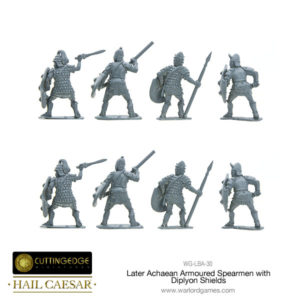 Achaean or Later Mycenaean Armoured Warriors with Sword, Spear and Diplyon Shield.
Also suitable for use as ‘Achille’s Myrmidons’ of the Trojan War and as “Proto-Hoplite” Greeks of the early Iron Age, before the adoption of the full Hoplite panoply.
Pack contains 8 figures

Armies of the Later Minoans, Mycenaeans and other Aegean city-states, such as Troy, in western Anatolia, can be built using this range of figures. 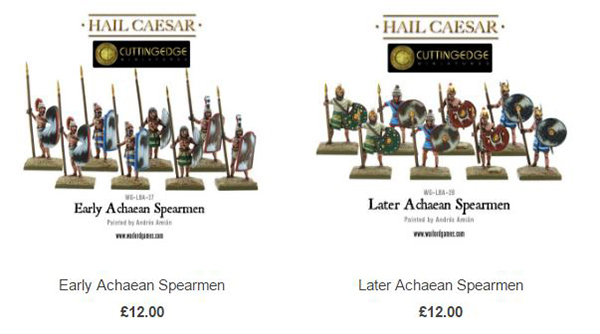