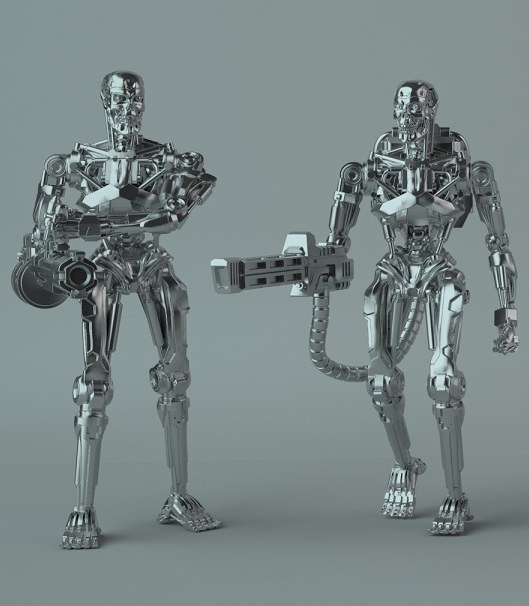 They can’t be bargained with. They can’t be reasoned with. They don’t feel pity, or remorse, or fear. And they absolutely will not stop, ever, until you are dead. The Heavy Weapons Endoskeletons are arriving to reinforce Skynets forces as the Terminators inexorably advance to crush all Resistance! 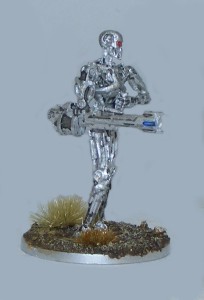 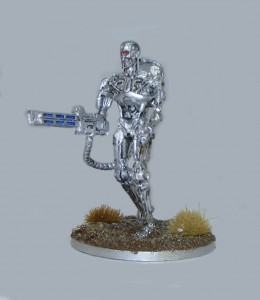 Add this set of heavy weapons – a Flamer and Rocket Launcher – to Your Skynet T-800 Terminators for that awesome extra firepower! 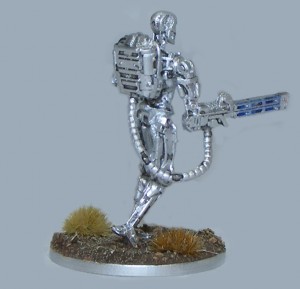 Skynet is ever developing new weapons in its attempt to wipe out the Resistance. The most feared is the flamethrower endo – a terror weapon that is perfect to flush the humans out of their hideouts. Hit your Primary target automatically along with anyone else within close combat range, the flamethrower is an ideal weapon in the packed confines of a post apocalyptic battlefield. 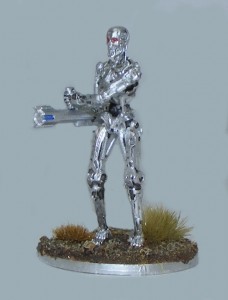 The missile launcher endoskelton has been design to take out at long range the few remaining tanks, helicopters and other vehicles that the humans can deploy.Increase to a Rate of Fire 3! The Missile Launcher can even be fired on the move using the Terminators immense strength and their ‘Stabilized’ rule