Taking the fight to the Russian aggressor, these brave British redcoats look as fine as fine could be. Her Majesty’s Line regiments formed the bulk of the British army in the Crimea so you’ll need plenty of these lads!

Here’s the first boxed set of our brand new range, and where to start better than Tommy Atkins himself, the British Line Infantry! Dressed in his famous Redcoat and Albert Shako for comfort, it was fellows like these that spearheaded the British assaults. Have a look at a painted regiment below. 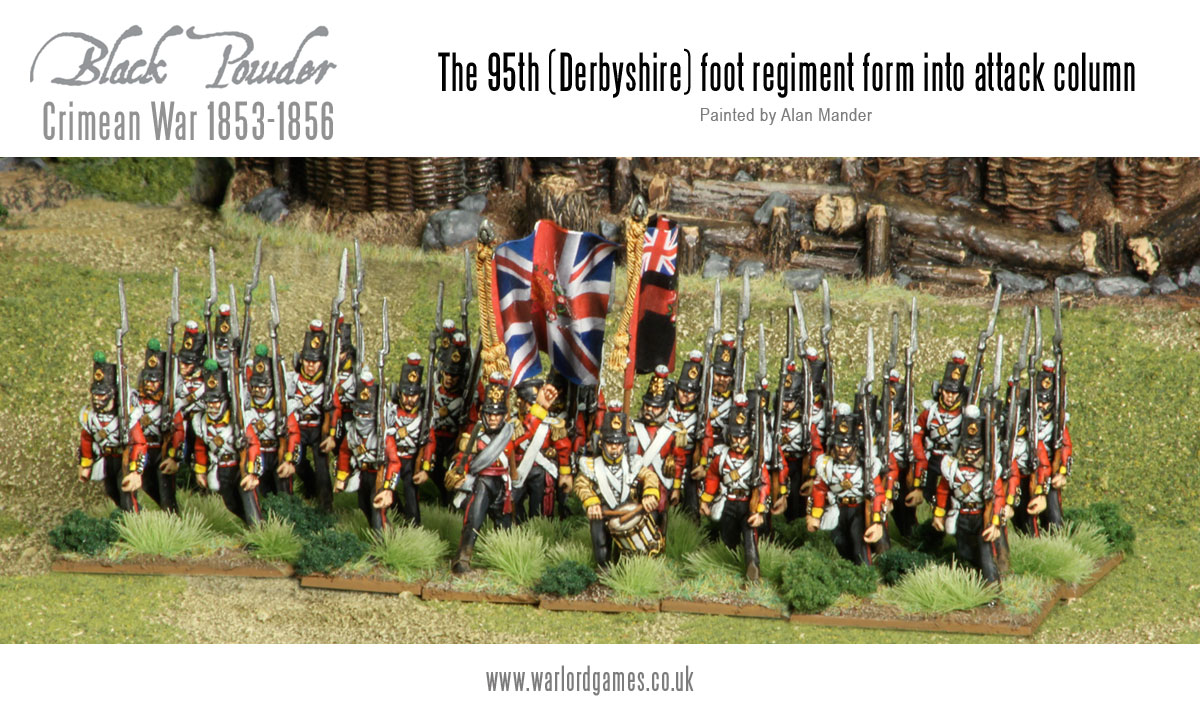 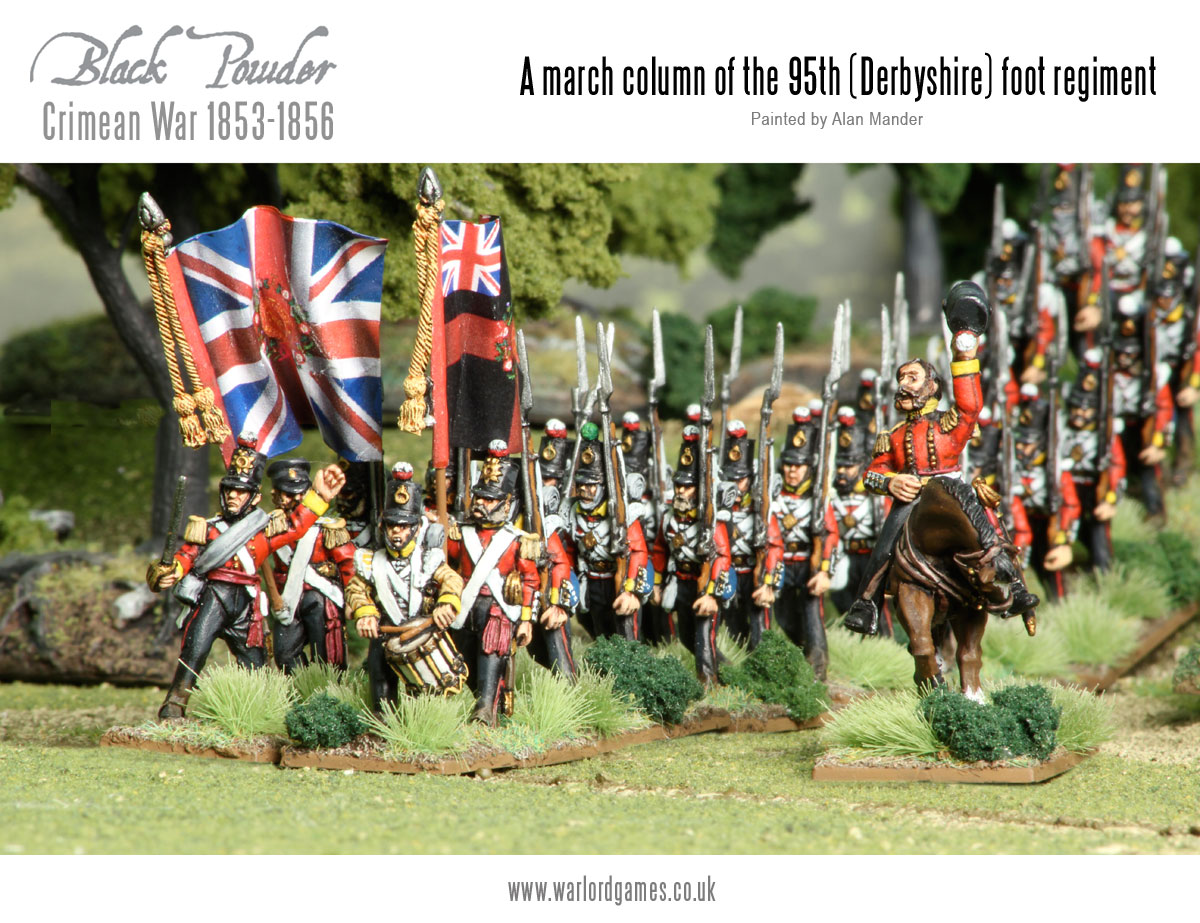 We have the line companies and of course the two flank companies with their more elaborate shoulder decoration, so that light and grenadier companies (indeed fusiliers too) can be represented.
This box provides you with:

Snap up a box in the webstore by heading here! 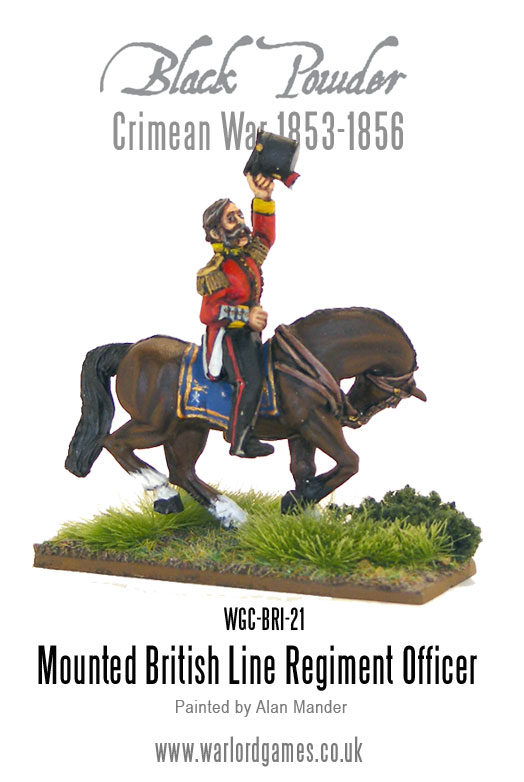 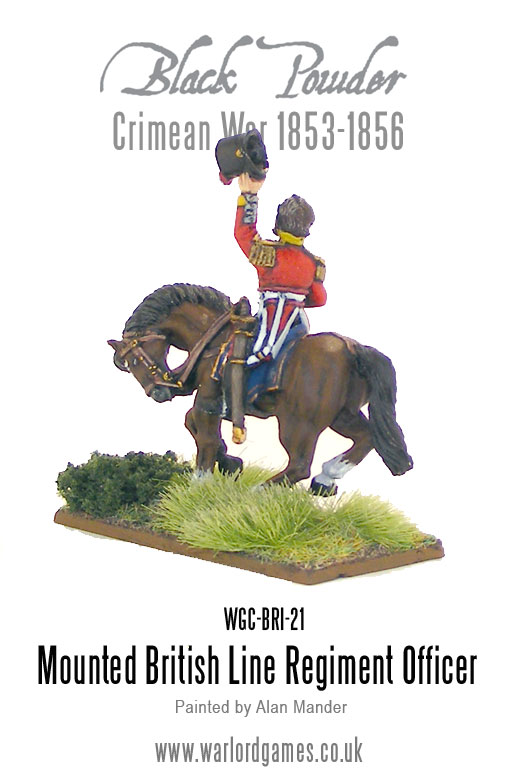 How about this splendid fellow! He’s the perfect accompaniment for your British Line Regiment. As befits a gentleman he is mounted so that he stands above the lowly foot troopers he commands. Grab one for your regiment here!

Like what you see? Looking to save some cash and pick up loads of models in one go? Then check out the deals we have for you below!

This deal provides you with 3 boxes of British Infantry with Shakos and a mounted Commander to lead them from the front!

All for just £88, saving you £6 on buying them separately!

It’s your opponent who will be crying when he sees your thin red line spread out across the gaming table. This army will strike fear into the hearts of the bravest troops standing tall and dressed in the finest red…

An entire army for only £170, saving you £18 on buying these separately.