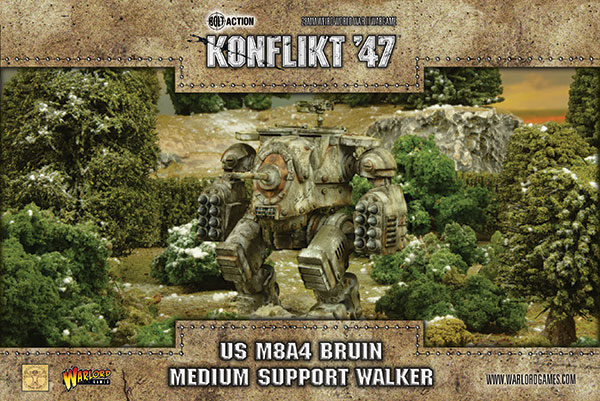 The Grizzly works well in most situations but when it comes to heavy defences, or when confronted by heavier tanks and walkers, you’ll be wanting some heavy rocket firepower… 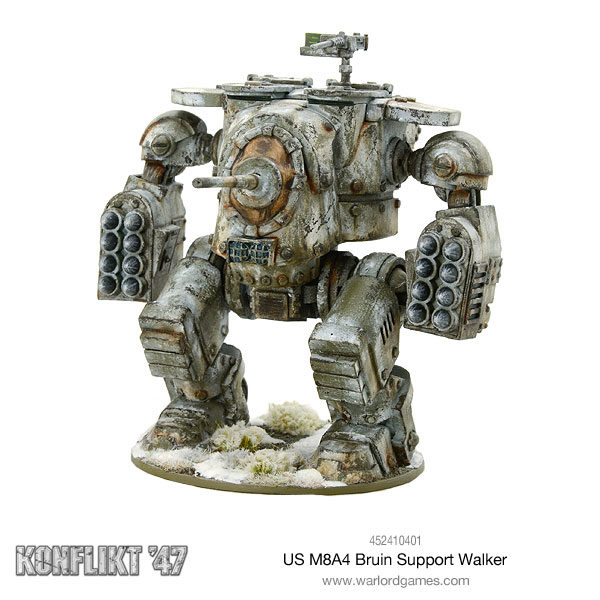 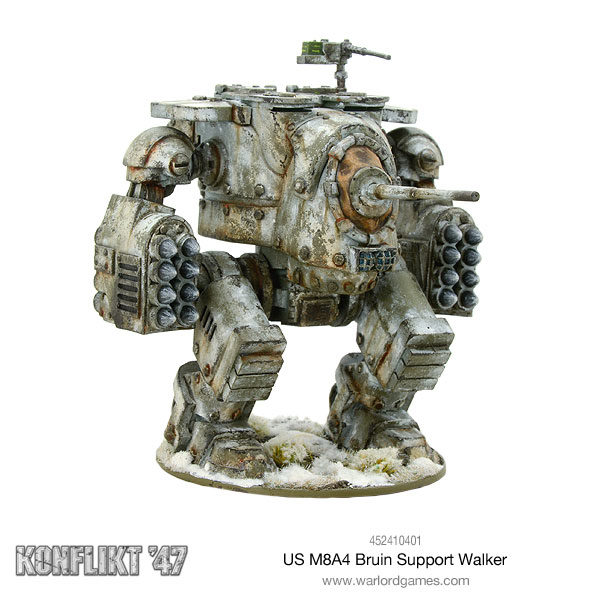 In response, the versatility of the Grizzly’s fists was sacrificed for heavy firepower in the form of heavy rocket racks. The Bruin retains the functional 75mm gun but its primary role is to crack bunkers, gun emplacements, and to blast apart heavy tanks with its rockets. 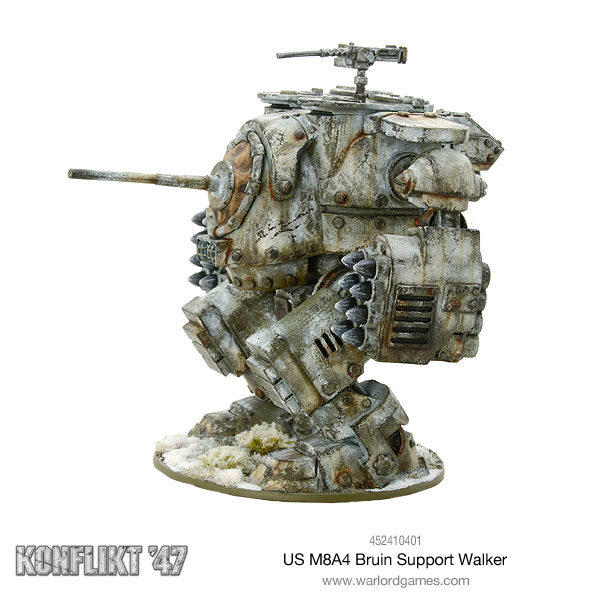 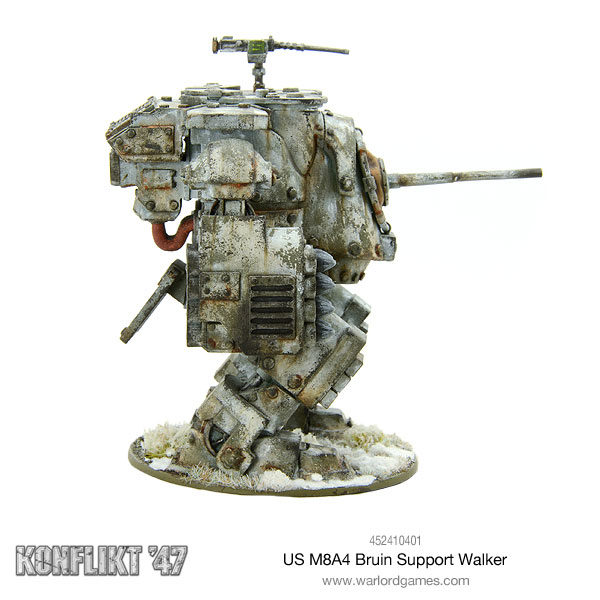 The Bruin in Konflikt…

This Medium Support Walker has no need of HE for it’s casement mounted AT gun as it uses direct fire with the rockets. Aim to get into a good position with troops supporting your advance before opening up – removing any obstacles in your armies way and allowing the swifter elements of your force to break through! 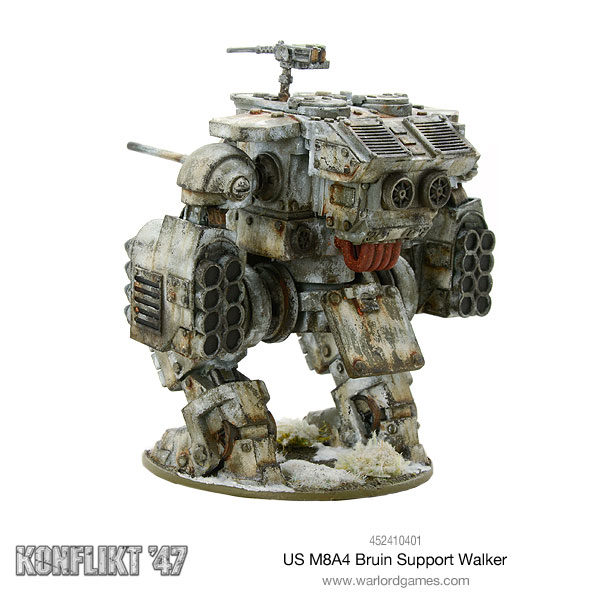 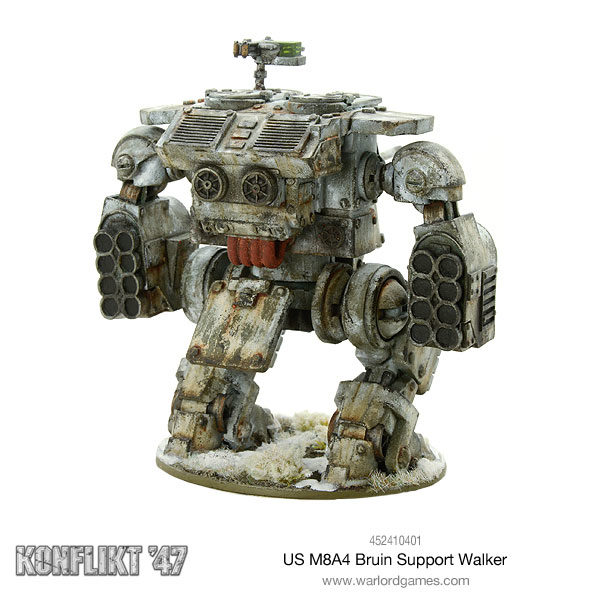 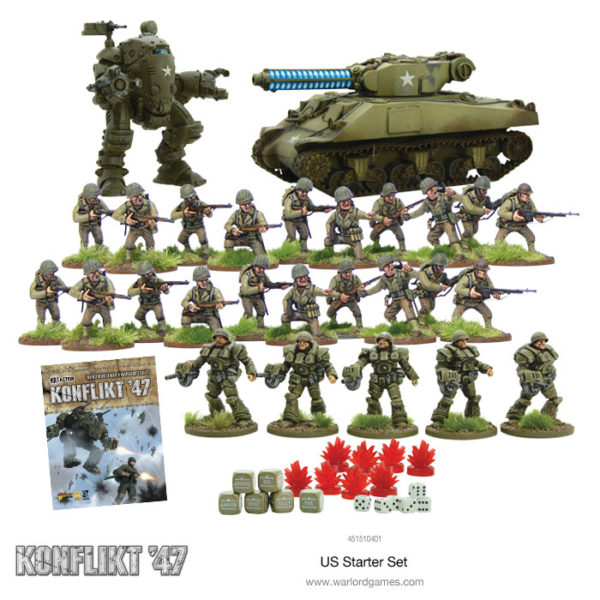 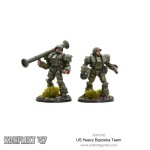 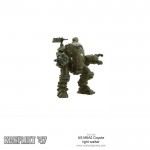 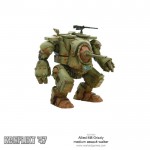 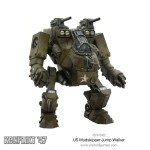 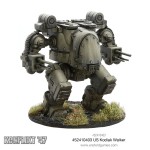