At last – the fog has subsided and the Polish Airborne are here!

The Polish Airborne Brigade was famously parachuted into the terrible fighting at Arnhem during Operation Market Garden in 1944 in a desperate attempt to hold on the to shrinking British bridgehead. They fought a hard battle, but were battered into defeat and submission after an epic defence.

They wore British Paratrooper uniform and British weaponry, but had an unusual grey beret, worn in a distinctive style, swept back from the head.

Warlord’s Polish Paras have been modelled with trade mark moustaches and lots of extra grenades and bayonets – tough lot, the Poles! 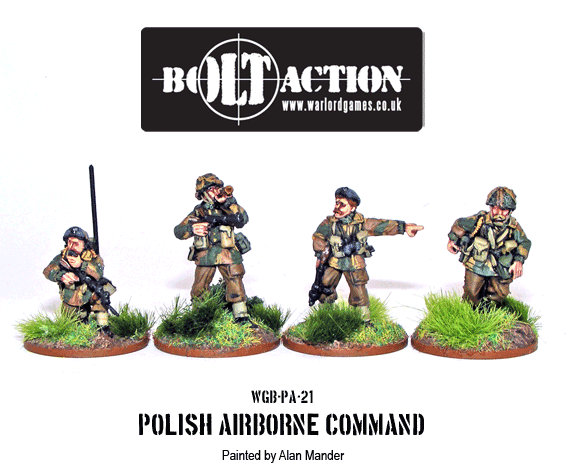 Although comparatively lightly-armed, Polish Airborne could dish it out and would not hesitate to close to hand-to-hand fighting if needs be, screaming their warcries as they went. Here we have a set of  Polish Airborne Command models.  Pack contains 2 Officers with Sten guns, 1 Medic and 1 Radio Operator. 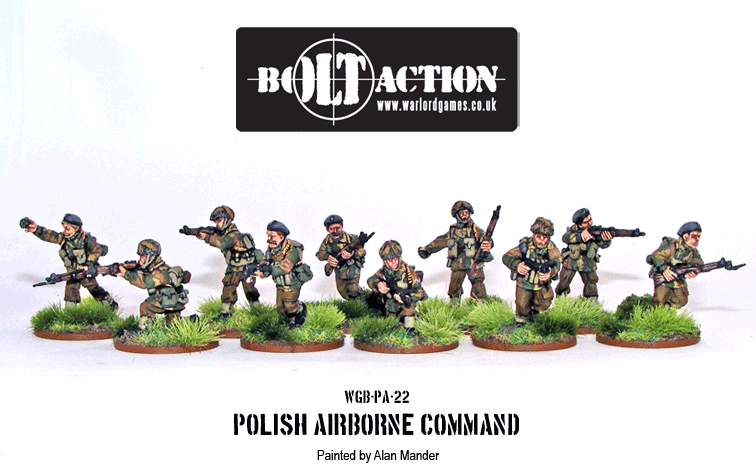 Now for the backbone of your collection, the Polish Airborne Squad. You get a full 10 man section: Sergeant with Sten gun, Corporal with Sten gun and 8 paratroopers armed with either Sten guns or SMLE rifles. 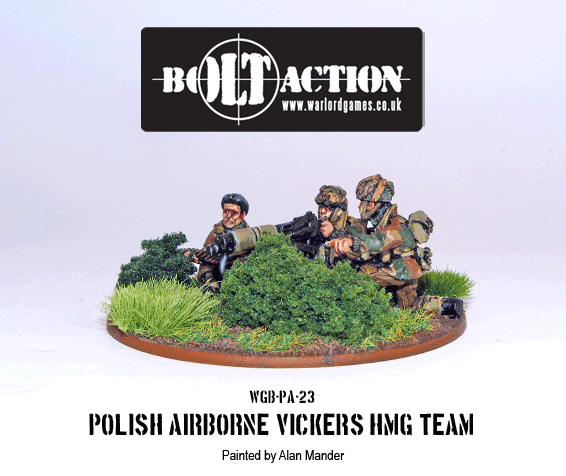 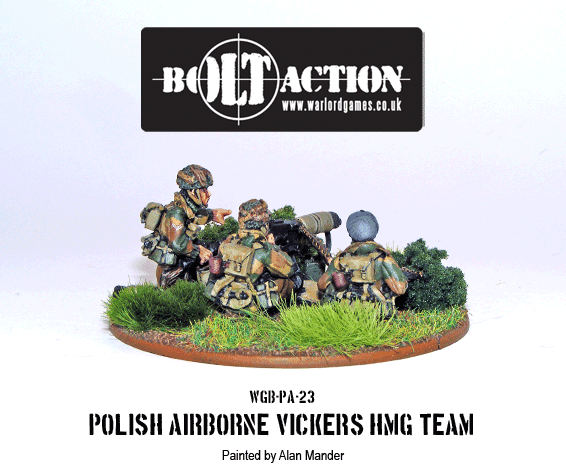 Round out your force with some punch in the form of a tripod mounted Vickers MG and three Paratrooper crew.