Giving armoured support to our early war Polish range, the 7TP allows you to push the invading panzers back from your borders. Or the Soviet invaders hoping to take advantage of the German assault. Get your hands on the new tank before you’re over run… 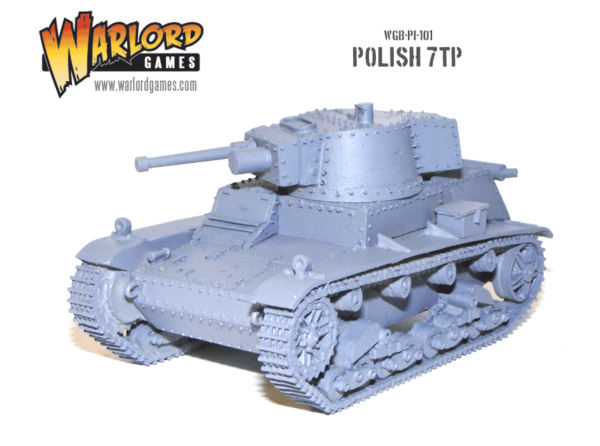 It compared very favourably in terms of armour with it’s counterparts, the Panzer I and II and performed well during the German invasion of Poland.

After the fall of Poland, the German military incorporated 20 captured 7TPs into Tank Battalion 203 of the 1st Panzer Division, as the PzKpfw 731 (p) and they were to see action in both Norway and France in 1940. 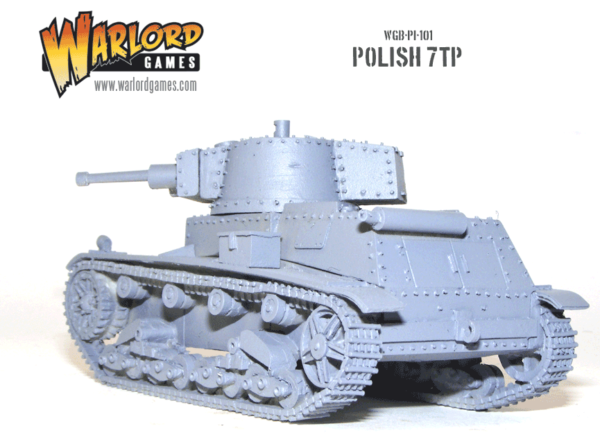 Add our Polish Infantry boxed set to these great 7TP tanks and refight the invasion of Poland. As you know the Poles were beset on two fronts – by the Germans and the Russians simultaneously so you have plenty of material for gaming this dark hour in Poland’s past.

The boxed set contains 24 metal miniatures with a classic rifle section and their accompanying Browning Automatic Rifle. To take control of the action a command group with a junior officer, NCO, runners and the deadly Polish anti-tank rifle. You can get yours here. 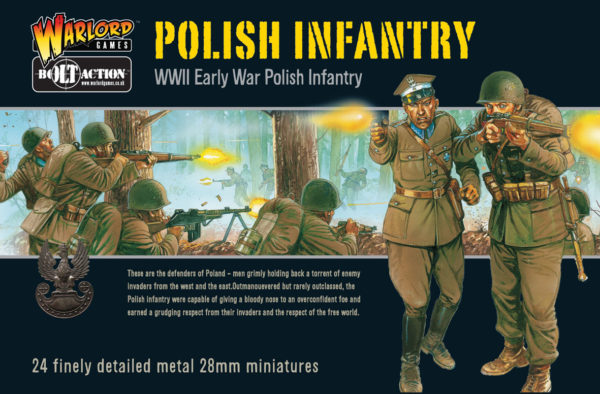 Supporting both the stoic Polish groundpouners and the 7TP are the diminutive TKS tankettes. Our resin and metal model comes with two armament options – a 7.92mm Hotchkiss machine gun or a 20mm cannon. Often being the only armoured fighting vehicle available to the Polish as the German and Russian invaders stormed across Poland, the TKS suffered heavy casualties and could only stand up to the lightest of German tanks for long. However, they performed well in infantry support roles as well as reconnaissance – their small size making this an ideal duty for the tankettes.

You can add tankettes to your army here. 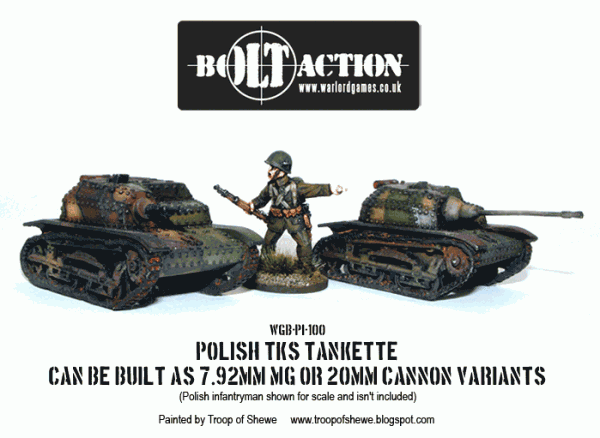 To save you the hassle of figuring out which colours you need for our Polish army we have this great Early War Polish paint set to get you started:

Nothing cuts a more dashing figure than the Polish lancers! Although most Polish cavalry units were re-equipped with more modern weapons such as artillery, anti-tank guns, anti-aircraft guns and light tanks some Polish cavalry units saw action in the field on horseback. A classic and often misreported action is the cavalry charge at Krojanty on September 1st 1939 where the cavalry scattered the German infantry but were subsequently caught in the open b German armoured cars with inevitable consequences.

You can add Polish lancers to your army here. 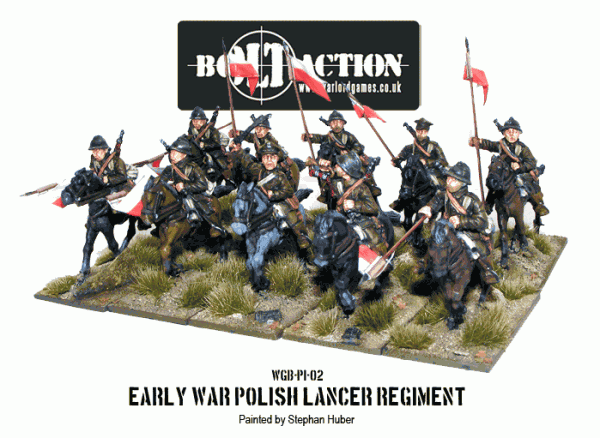 If all of this Polish army goodness is just too tempting for you (and why not!) we have a cracking army deal for you. It gives you the core of your army and saves you money to boot! Perfect to for seeing off the invaders, be they Soviet or German!