The Eagles have landed! We first showed these great new models off a couple of weeks ago. Now, they’ve been painted by Big Gazza and are ready to buy! This little lot gives your German Paratroops something much needed support and there’s a surprise appearance by a well known Fallschirmjäger personality too… 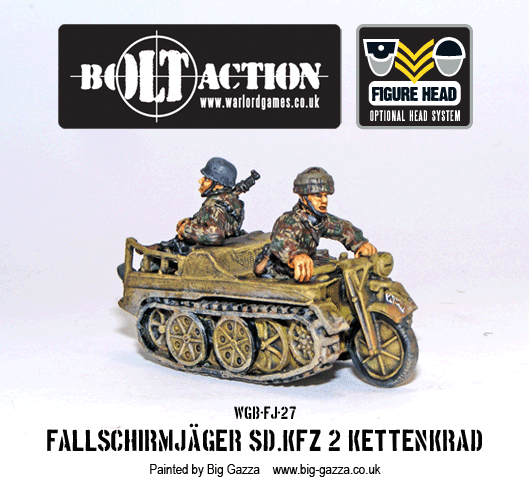 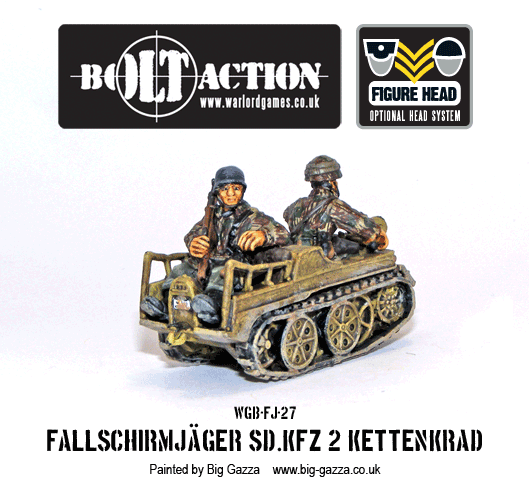 Once your Fallschirmjäger hit the ground, get them to their objective in style. Our Kettenkrad is just the thing! Kit contains a complete Ketternkraftrad Halftrack with 2 Fallschirmjäger crew. 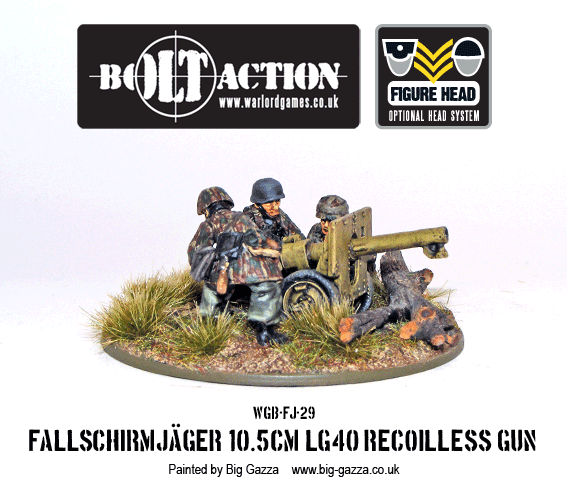 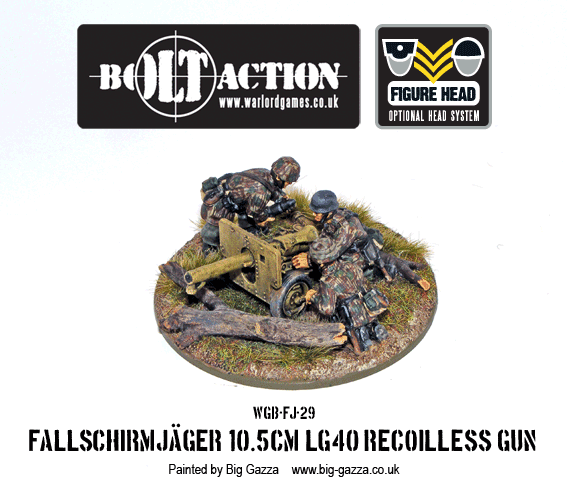 A wonder of engineering, this gun could be air-dropped in shock absorbing crates and assembled on the battlefield. Kit contains a complete Fallschirmjager 10.5cm Recoilless Gun with 3 crew. 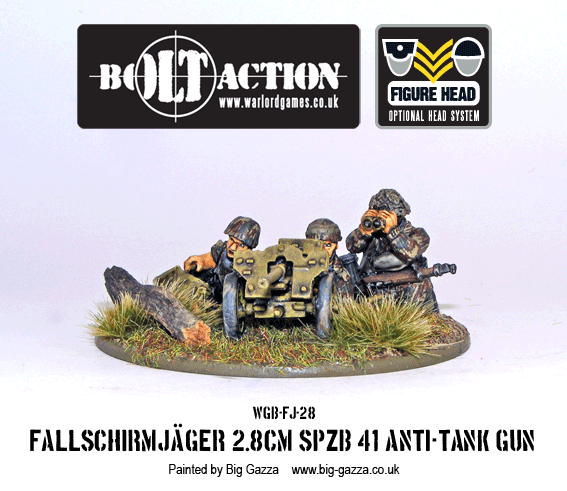 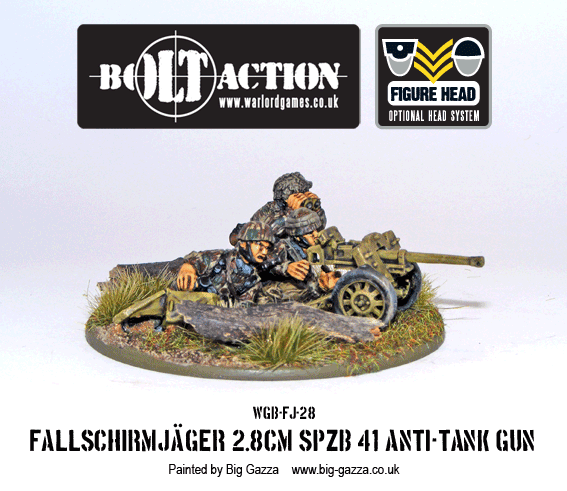 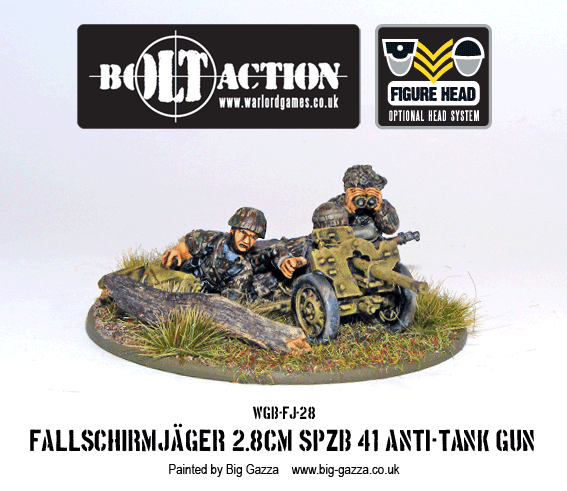 Another weapon that could be air-dropped with paratroopers and assembled on the field of battle. This effective ATG kit contains a complete Fallschirmjager 2.8cm Squeeze Bore Gun with 3 man team. 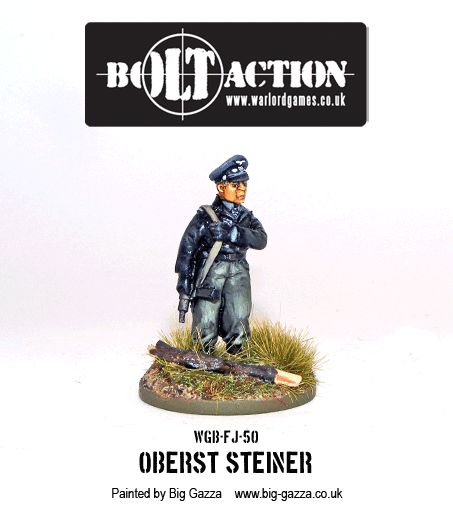 Oberst Steiner, a German parachute unit commander, has been sent to England on a covert mission to kidnap Prime Minister Winston Churchill and bring him to Berlin. Steiner and his crack unit will be under the guise of Polish Paratroopers which, handily, we’ve released this week too. It’s almost as if we planned it this way. Almost…

Our dashing Oberst comes wearing a leather flying jacket and armed with British Sten Gun. Pick him up here in the webstore.

Pick and choose your force or simply grab one of our special army deals and save some cash while your at it. We’ve got the Save Il Duce offer, which is a excellent starting point. Or you can go for the Full Monte, which is just that – 60+ models including the all the great new stuff shown earlier on this page.