A key figure in the Parliamentarian cause Sir Thomas Fairfax, dubbed ‘Black Tom’ for his somewhat swarthy appearance, was a fair-minded General much-loved by his troops. We now bring you a remarkable miniature of Fairfax leading his troops astride his noble steed. 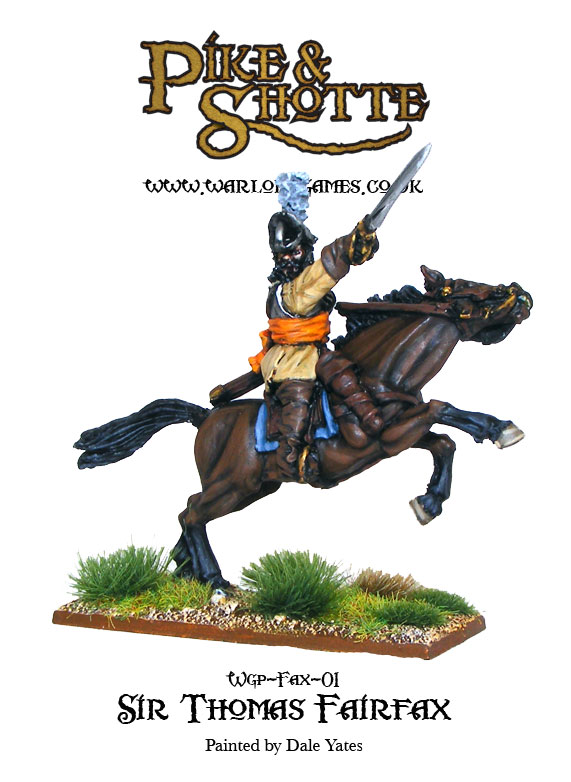 Sir Thomas Fairfax ,also known as “Black Tom” due to his dark hair and eyes was a leading Parliament General in the English civil wars. A no-nonsense Yorkshireman, he was well qualified to command as he had fought as a volunteer in the Low Countries in the huge Continental wars that plagued Europe in the seventeenth century.

This dashing and popular man pledged his allegiance to Charles I in 1640 leading a cavalry troop in the disputes with Scotland but later, exasperated by Charles’ high handed manner firmly joined the Parliament cause. 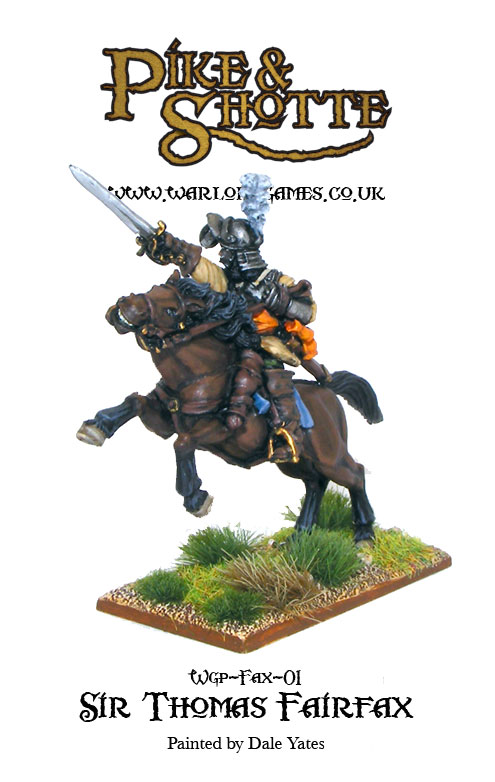 As such, with his father, he campaigned in the North and though suffering defeats, rallied to win with overwhelming force when the allied armies closed in at York to defeat Rupert and Newcastle at Marston Moor, Fairfax suffering a wound in the action.

Popular with his men, he emerged to become Lord General of the newly formed New Model Army which would go on to  become a dominant force in the British Isles. Its crowning glory in England was at Naseby where the King was defeated and ultimately his cause doomed. 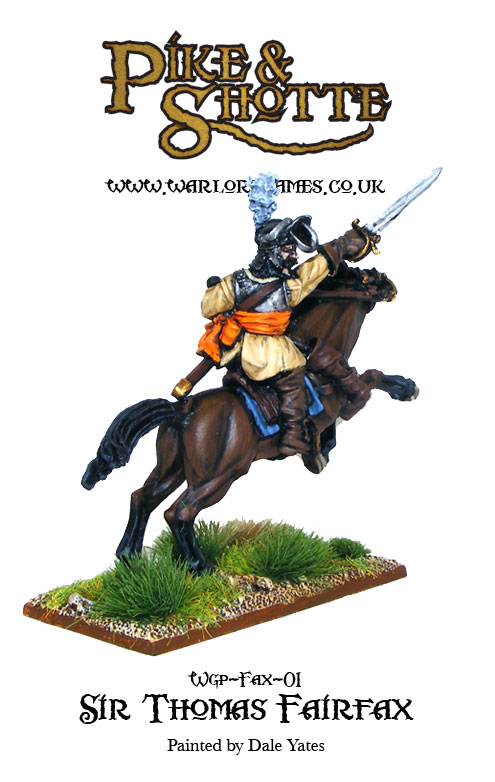 Fairfax went on to crush the Levellers, a dangerous radical group that emerged from his own army, and, to his eternal credit, refused to join the Regicides in their illegal execution of the King.

He was perhaps the most capable and popular Roundhead General, perhaps not as inspiring as Cromwell himself, but without his fanaticism, and was much loved by the men he commanded. Find out for yourself on the tabletop with this superb rendition of Fairfax surging forward on horseback. Head here to own yours today!