A new addition to our growing Napoleonic range is this wonderful vignette featuring one of the most interesting characters of the period – Baron Dominique Jean Larrey. 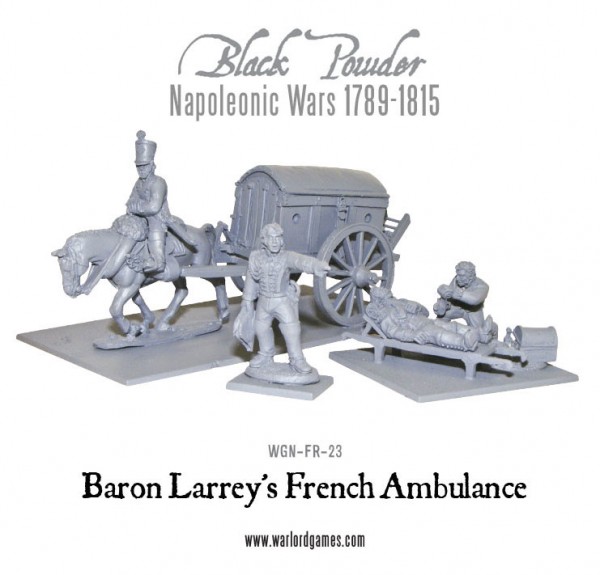 Born in a small village in the Pyrenean mountains in 1766, Larrey  later moved to Bordeaux with his bourgeois parents. Orphaned at the age of 13, he was then raised by his uncle Alexis, chief surgeon in Toulouse. After serving a 6-year apprenticeship, Larry moved on to Paris to study under the famed Desault, chief surgeon at the Hôtel-Dieu de Paris, but his studies were to be interrupted by war. 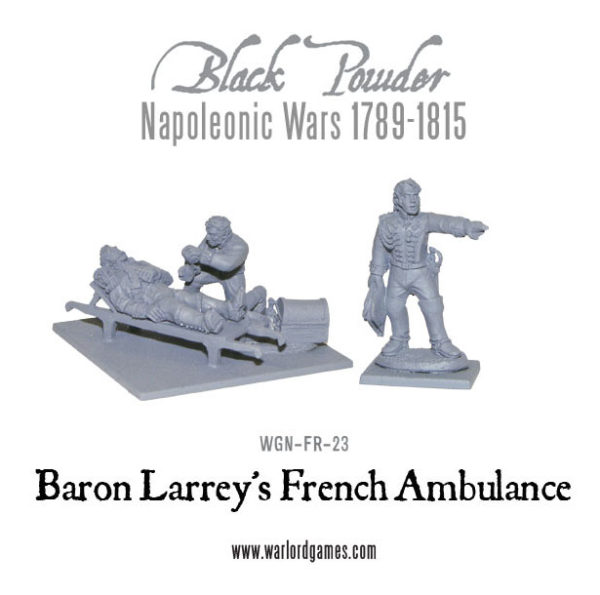 Larrey served as surgeon-in-chief of the French Napoleonic armies from Italy in 1797 to Waterloo in 1815. During this time, he implemented the modern method of army surgery, field hospitals and the system of army ambulance corps. After seeing the speed with which the carriages of the French flying artillery maneouvred across the battlefields, Larrey adapted them as Flying Ambulances for rapid transport of the wounded and manned them with trained crews of drivers, corpsmen and litter-bearers. This was to be one of the great advances in military medical treatment.

The increased mobility and improved the organization of field hospitals would be the predecessor of the modern M.A.S.H. units. He established a rule for the triage of war casualties, treating the wounded according to the seriousness of their injuries and urgency of need for medical care, regardless of their rank or nationality )enemy soldiers were treated as well as French and their allies). Clearly Larrey was a visionary whose advances would benefit those following in his wake for centuries. 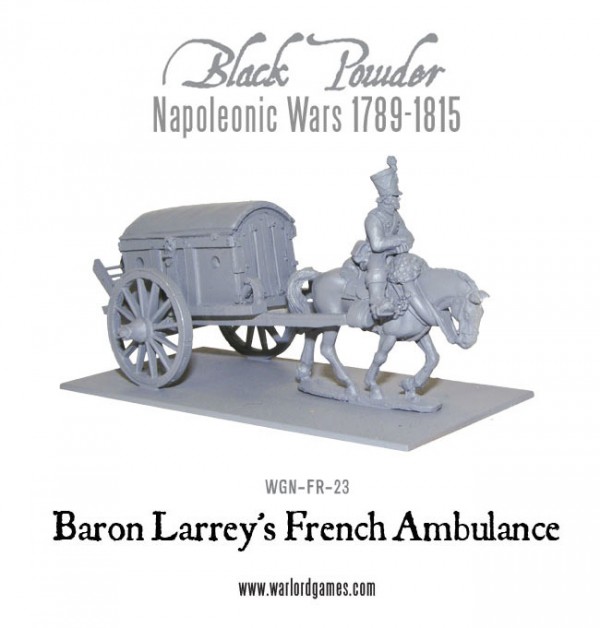 Larrey was made a Commandeur of the Légion d’honneur on 12 May 1807. He was a favorite of Emperor Bonaparte, who commented, ‘If the army ever erects a monument to express its gratitude, it should do so in honor of Larrey’. Larrey was made a Baron on the field of Wagram in 1809.

At Waterloo in 1815 his courage under fire was noticed by the Duke of Wellington who ordered his soldiers not to fire in his direction so as to ‘give the brave man time to gather up the wounded’ and saluted ‘the courage and devotion of an age that is no longer ours’.

Taken prisoner by the Prussians, Larrey was condemned to death. However, he was recognised by a German surgeon, who pleaded for his life. Perhaps partly because he had saved the life of Blücher’s son when he was wounded and taken prisoner by the French, he was pardoned and taken back to France under escort. He devoted the remainder of his life to writing and a civilian medical career, dying on July 25, 1842 in Lyon. 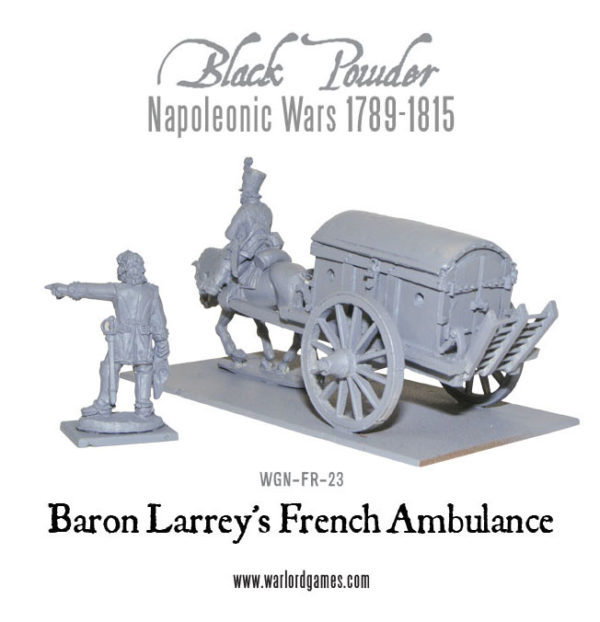 Our vignette featuring the Baron himself, with his trademark flowing locks pointing out the next patient to be gathered by his flying ambulance. In addition to the rein and metal ambulance are a medic treating his French patient, tools at the ready. Whether you are looking to produce a diorama in honour of the great man or to add something different your army/battlefield this will be a great addition to your collection. Please not that bases are not included in this set.