The ancient Gates of Antares link or isolate worlds across countless galaxies. The evolved panhuman races wage unending war to control the Gates and the undiscovered systems beyond. 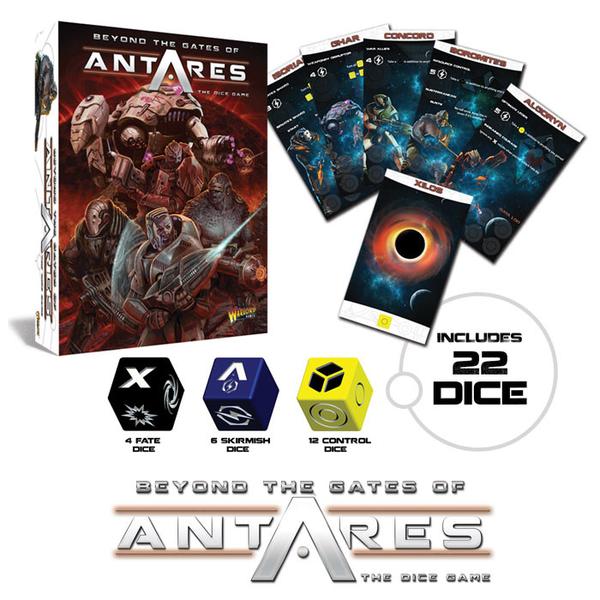 Anyone who advanced ordered would of received their dice game and their exclusive bonus mercenary Togg model!
Download Free PDF of exclusive model rules and background.

Beyond the Gates of Antares594 Dice45 Mercenaries10 Rules40