Our new Persian Sparabara models are available to add your army in a variety of ways – Command pack, Sparabara pack or Sparabara regiment. 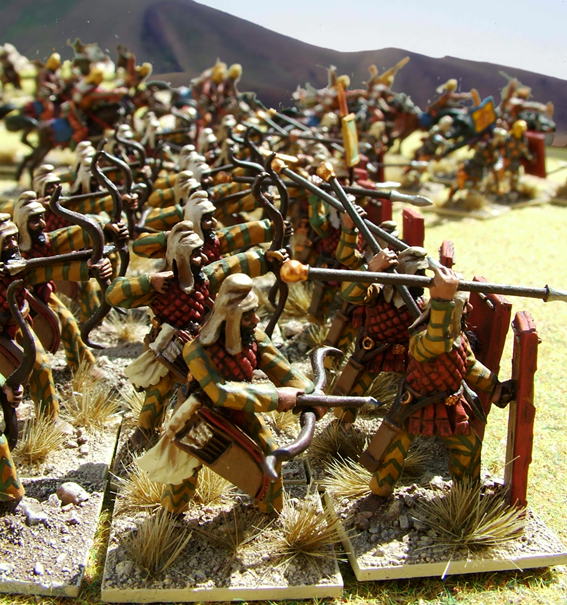 The command pack consists of a leader, musician and standard bearer for £5.

Armies of the ancient near east used trumpets to signal orders to their units. These trumpets are still used in traditional Iranian music today.

Their are few depictions of Persian standards in art, we do know that each Persian commander had a personal standard to identify them outside their tens while in camp, it is reasonable to assume these were used to identify their units while in formation.

As in some Greek art the Spara have been propped up to allow the user to use both arms. 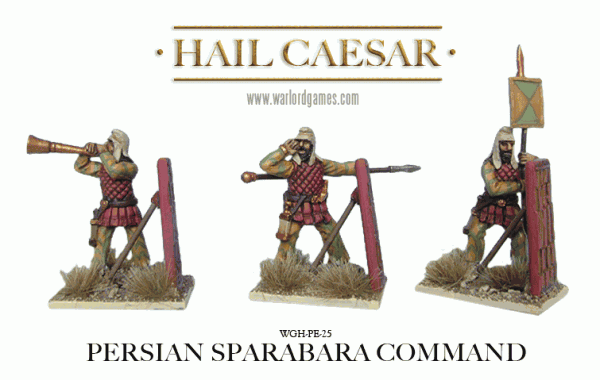 The large spara shield was made from cane pushed through leather. When the leather cured it bound the cane together forming an incredibly resilient construction. From behind this shield they could protect the rear ranks using a spear, they were usually equipped with a Kopis, Akinakes or Sagris sidearm.

Persian infantry are depicted in Greek art as wearing a cuirass until about 450 when it is thought that Persian tactics changes, as did the role of the infantry.

These figures are based on Persians depicted on the Oxford Brygos cup, painted around the time of the battle of Marathon.

The sparabara regiment contains 20 metal miniatures – 17 spearmen and 3 command models, saving you £5.50 on buying them separately! 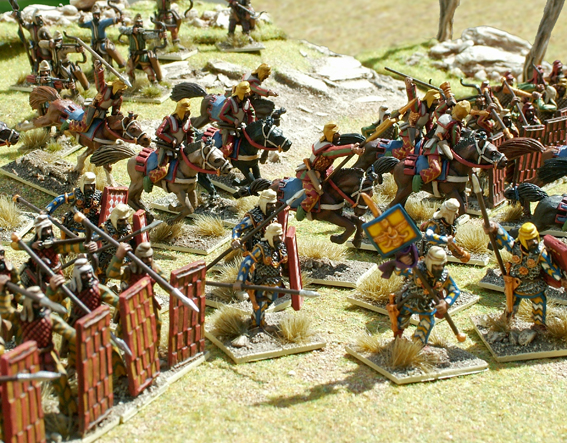