Take North Africa with the ‘Queen of the Desert’, the A12 Matilda II Infantry Tank.

This desert version of the famous tank is equipped rather differently from the BEF version.  Aside from the removal of the unditching skid from the rear hull, there has been a reconfiguration of the exhaust system, lowering of the suspension as well as several cosmetic changes to the turret. 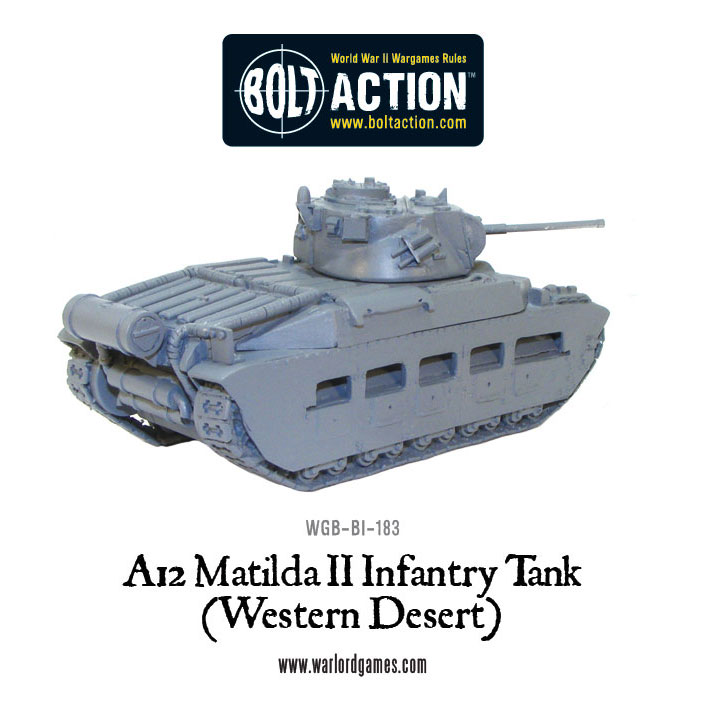 As an infantry tank the Matilda wasn’t designed to go charging around the battlefield but to keep pace with the infantryman as they advancing in mutual support of one another. In the wide open expanses of the western desert the relatively slow sped of the Matilda would normally make it easy prey to enemy anti-tank capability but the Matilda II boasted much thicker armour than contemporary tanks from the first half of the war, making it largely invulnerable to enemy firepower. Indeed there are many accounts of Matildas riddled with scores of impact marks at the end of actions and not a single penetrating hit! 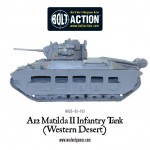 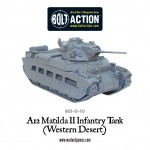 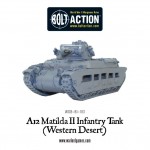 The Matilda proved a tough opponent for German and Italian armour into 1942 when German tank designs progressed to more potent firepower and the widespread use of the dreaded 88 anti-aircraft gun in an anti-tank role.

During Operation Compass in 1940, Matildas of the British 7th Armoured Division wreaked havoc among Italian forces in Egypt. Equipped as they were with L3 tankettes and M11/39 medium tanks, then Italians had next to no chance against the Matildas, the Italians. Italian gunners were dismayed that the incoming Matildas were impervious to a wide assortment of artillery and the British tank continued to swat aside the Italians as the British pushed them out of Egypt and entered Libya, taking Bardia and Tobruk in the process. 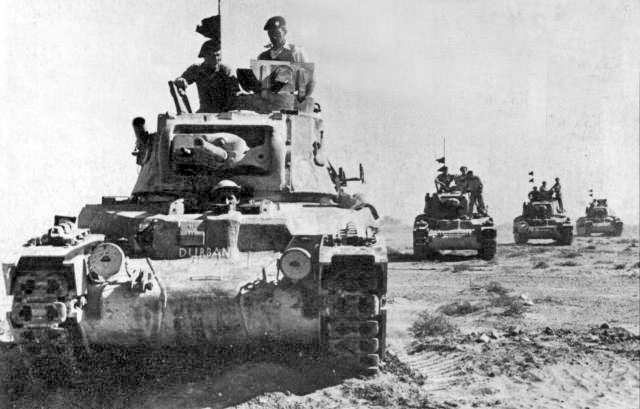 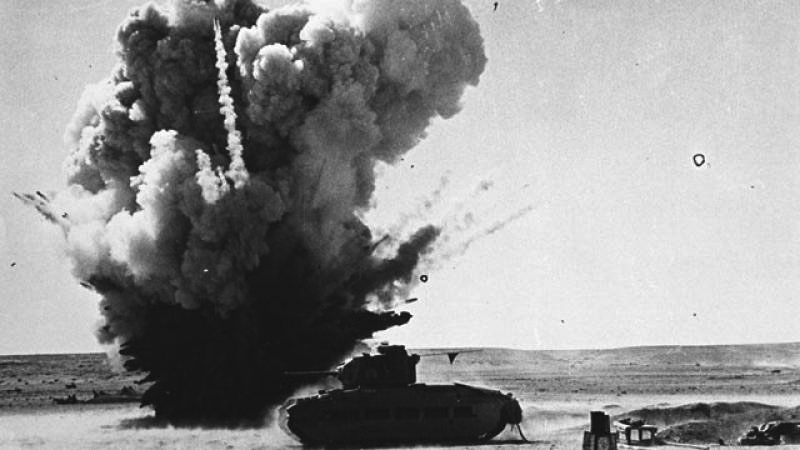