This article was originally published October 13th 2015 but has stood the test of time and contains plenty of useful information, so we’ve dusted it off for your renewed enlightenment.

Steve Morgan (Author of Pike and Shotte) provided an article on the English Civil War covering a project of his, focused on Edge Hill, combine this with photos from a visit to a wonderfully equipped museum and you have one inspired boss. Our esteemed commander John Stallard whipped out his paintbrush and delved into Pike & Shotte once more: 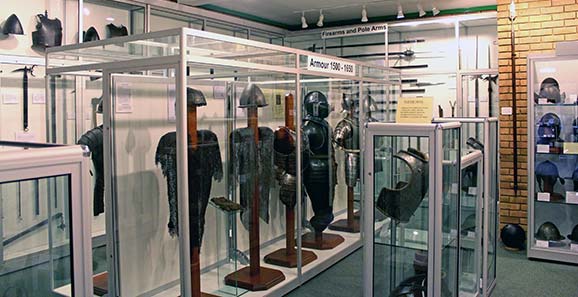 John: Inspirational material for the English Civil War abounds here on the Warlord website and also out and about in many fine establishments. One such is the little known Combined Military Services Museum situated in Maldon Essex UK.

Home of a surviving Cockleshell canoe from the famous Cockleshell Heroes commando raid and a sterling collection of weaponry, not least of which is the foremost Mason collection, covert operations weapons and equipment.

But I digress, my first passion is the English Civil War of which I could ramble on for many a pleasant hour over a pint and a good fire at the local. Instead, perhaps I should show you more of the fantastic arms on display that you should go and see for yourself, along with the modest beginnings for my latest Battalia; 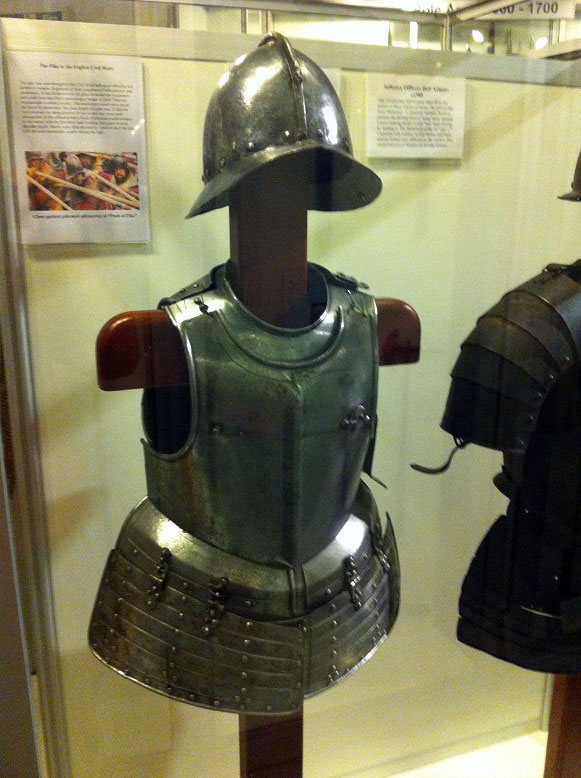 The museum’s English Civil War collection is one of the finest in the country, with armour, swords, polearms, muskets and clothing from the period on display. 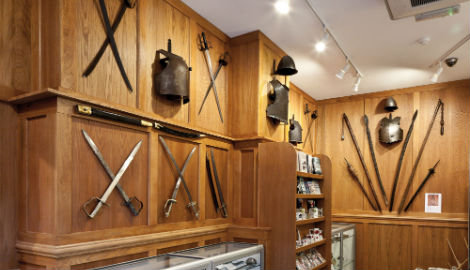 In the main entrance is the ‘Wall of Steel’ – oak panelled walls, covered with weapons from medieval times to the Napoleonic Wars. 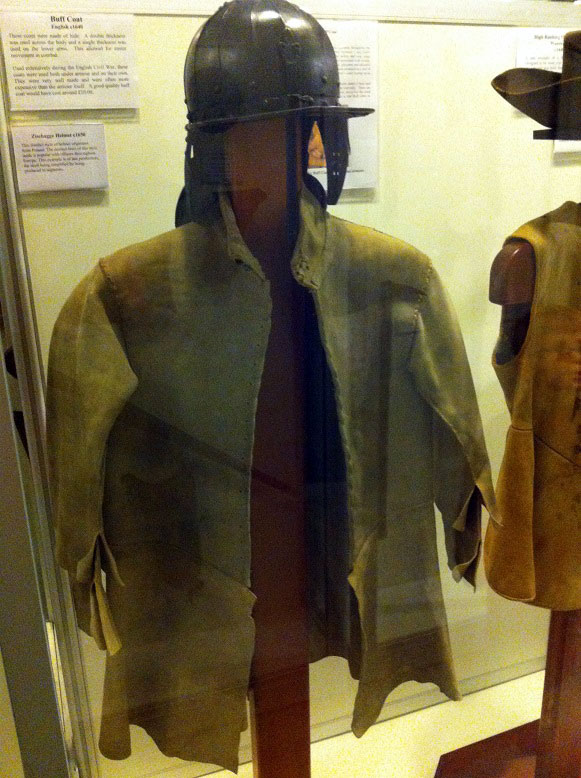 Above: A Buff Coat made with a double thickness across the body and single on arms for easier use in combat – these were often worn under armour or even on their own, often more expensive than armour at £10 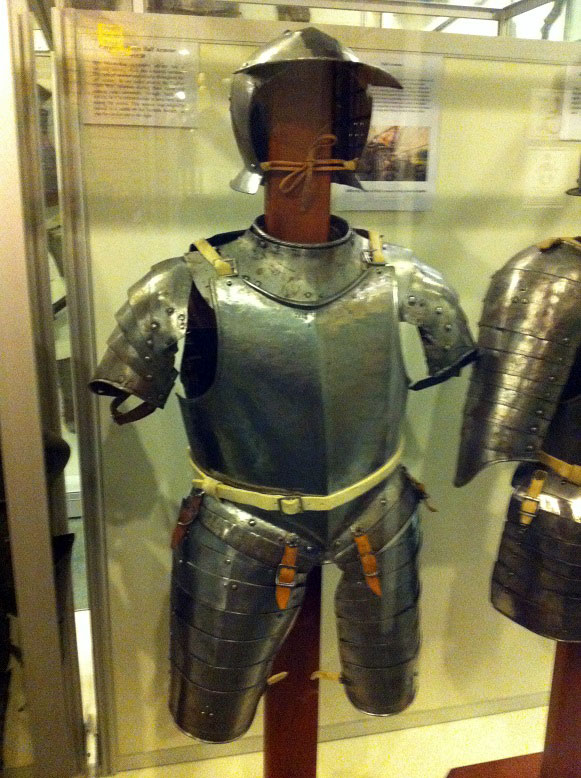 Above & Below: Great examples abound in the museum, this Half Armour typifies the advancements in armour, requiring movement and a lightweight for the soldier’s endurance. 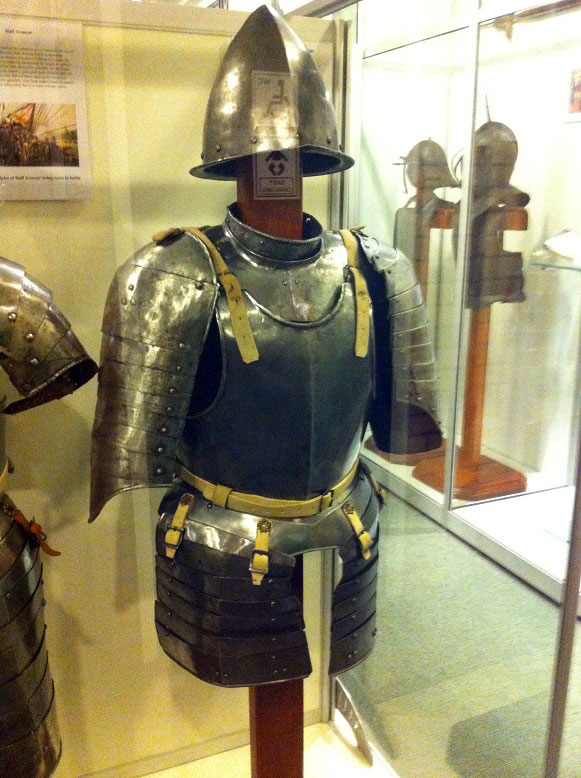 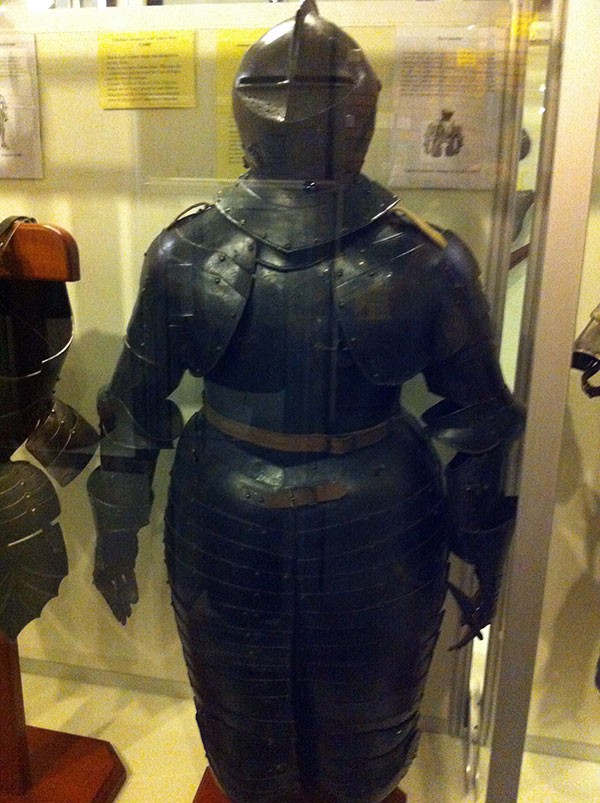 Above: Armour of Phillip Herbert – the 4th Earl of Pembroke 1584 – 1650 who sided with the Parliamentarians. Made in the Cuirassier style by the Royal Armouries. 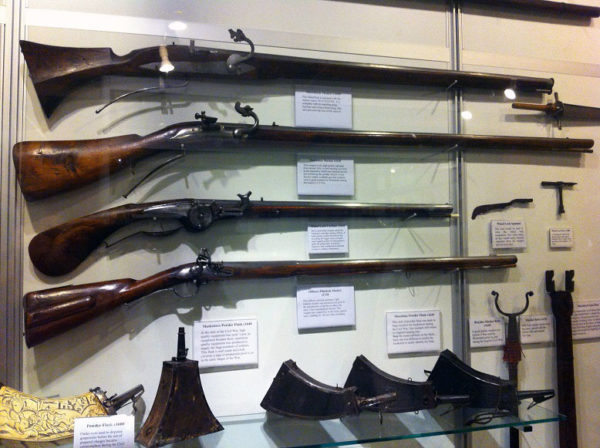 Above: A very nice Wheel Lock Carbine c1610 – A precision weapon carried by Cavalry and some officers. Its spring wound mechanism proved expensive and too delicate to issue to the average musketeer.

Above: Keep your powder dry! 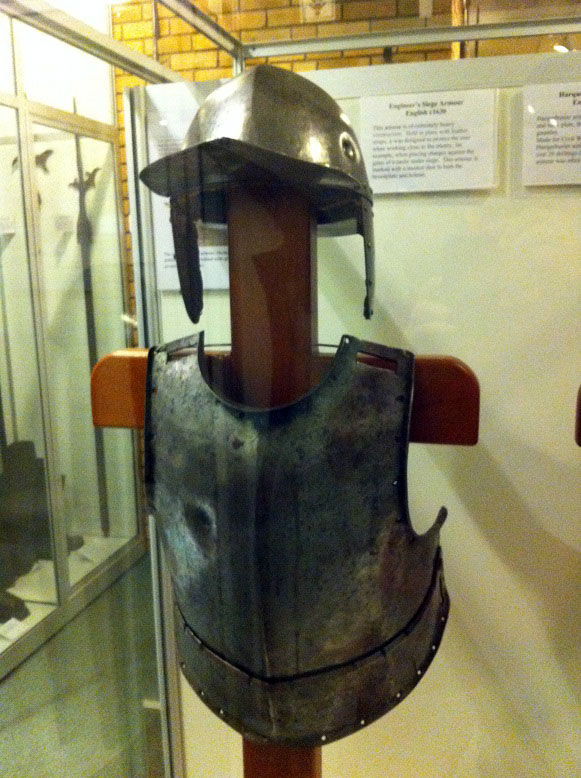 Above: English Engineer’s Siege armour c1630. Designed with a much heavier construction so the wearer could work in close with the enemy – this example is marked with musket shot – still somewhat painful I’d imagine. 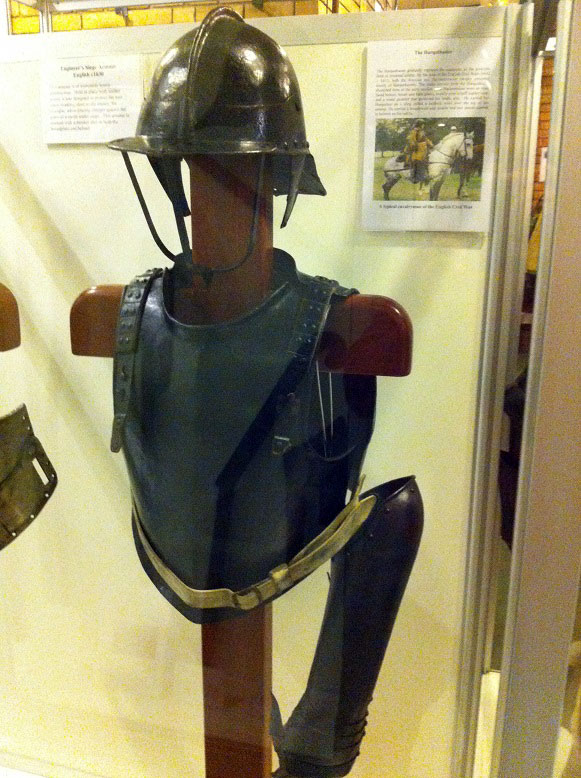 Above: English Harquebusier armour c1640- This armour would often be worn over the Buff coat and cost a mere 20 shillings (£1). 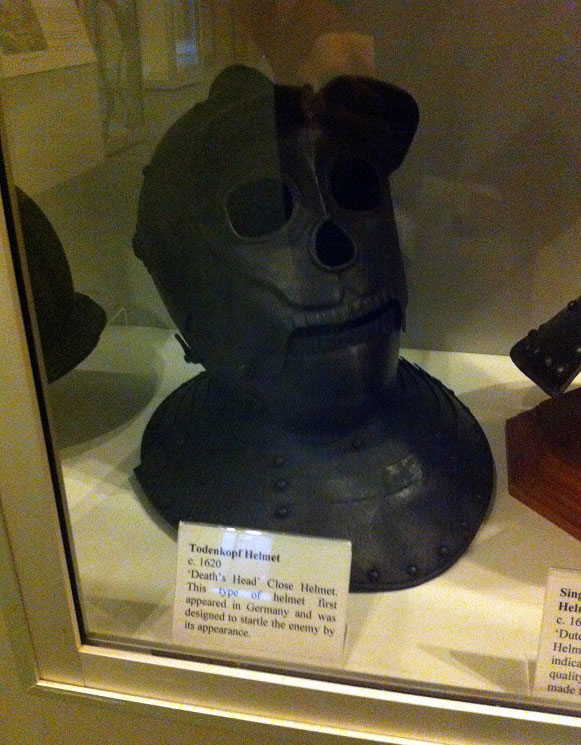 Above: Not strictly speaking from the ECW but a great example nonetheless – Just picture the block of pikes attacking with this visage! 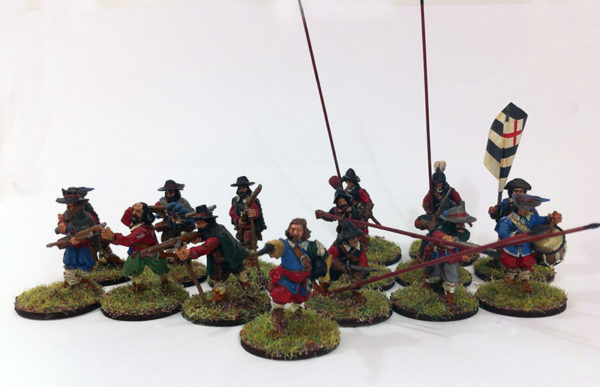 Onto my Battalia. Here is my first regiment, duly coloured using the fabulous army painter technique. I’ve used the colours of my old companie from the Sealed Knot Society. I’m going to work away at the rest of my Battalia over the winter months.

Leading my Lancashire Royalists is the fictional Sir Reginald Volestrang, accompanied by a deserter from the Foundry as his banner bearer. Along with the command, I intend to have a full 12 Pikemen and 10 musketeers to represent Sir Gilbert Hoghtons companie of Foote 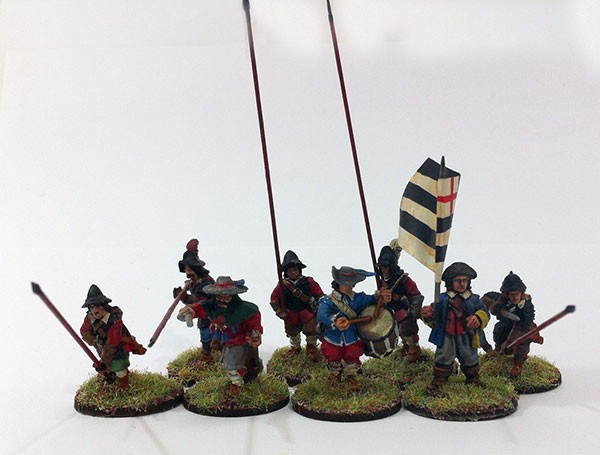 I’ve been playing them in a skirmish game recently hence the round bases, simply adding them to the movement trays to form up for Pike & Shotte

I do believe one of my favourite figures is that of the Storming Party Musketeer brandishing his bandoleer in combat, dynamic action – just what Warlord is all about! 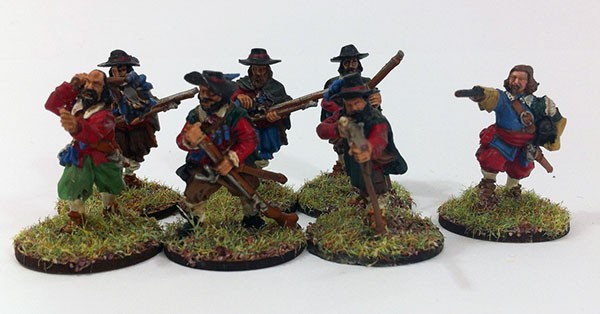 You can simply get your forces started just like John with this fantastic Battalion collection or visit the Pike & Shotte ECW section and choose your own flavours: 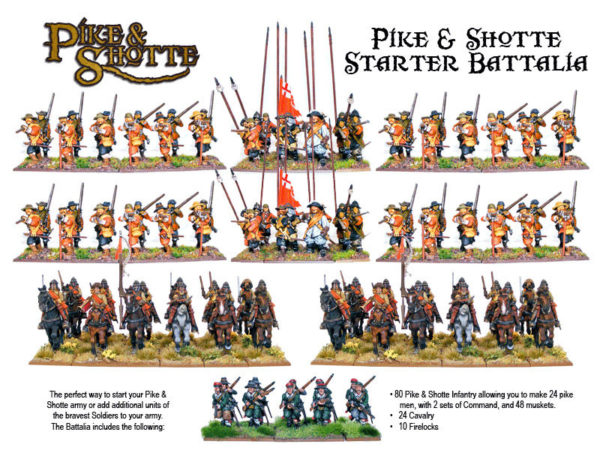