Overwhelm the Allied bomber forces with the new heavy-hitting Me 410 squadron and lead them into the fray with Ace pilot Eduard Tratt. 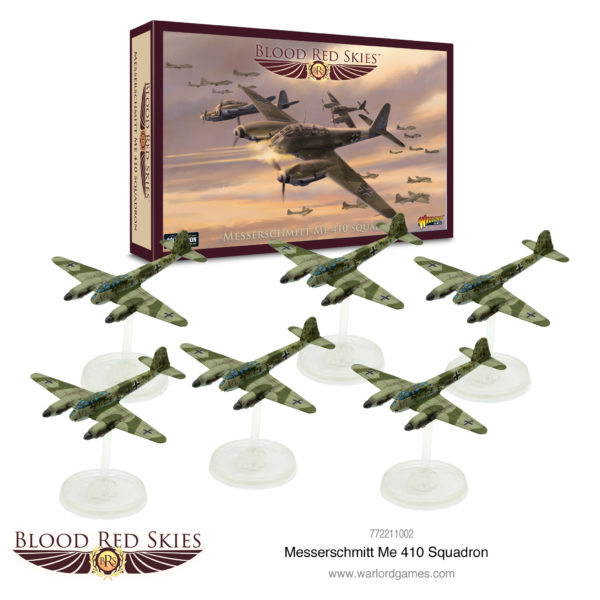 The Messerschmitt Me 410 Hornisse (hornet) was a heavy fighter and Schnellbomber (fast bomber). It was a tricky target for the RAF as it proved to be hard to hit during night-time operations. It was also used as a bomber-destroyer during daylight operations. 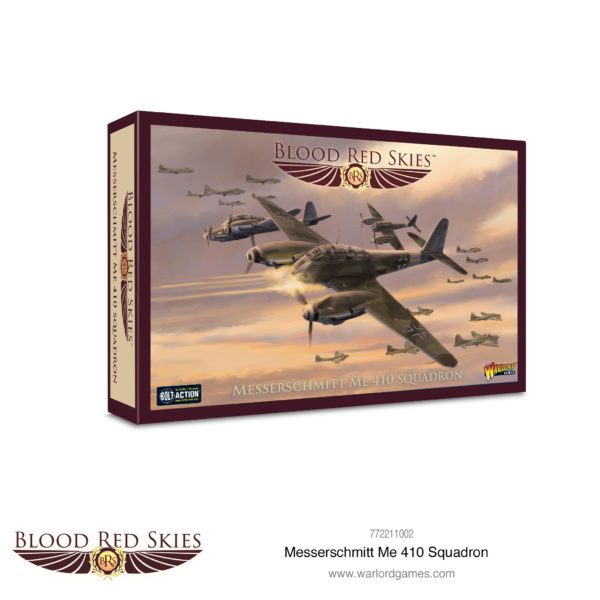 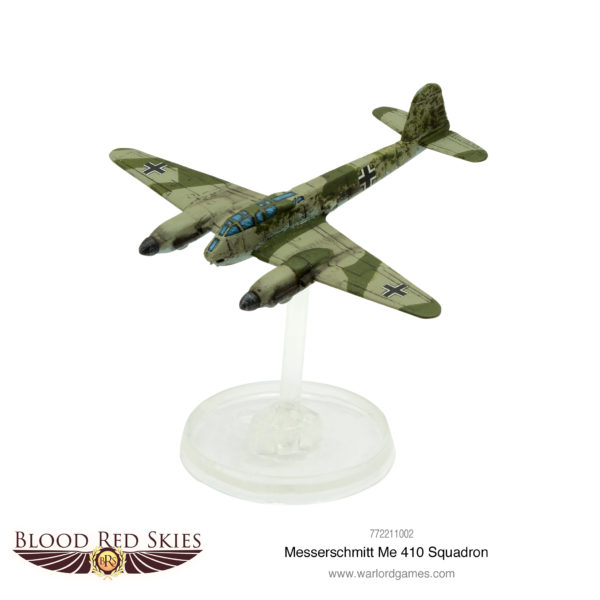 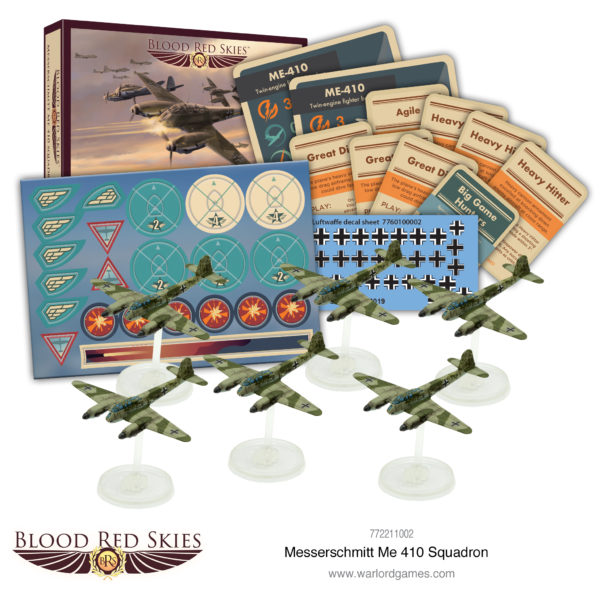 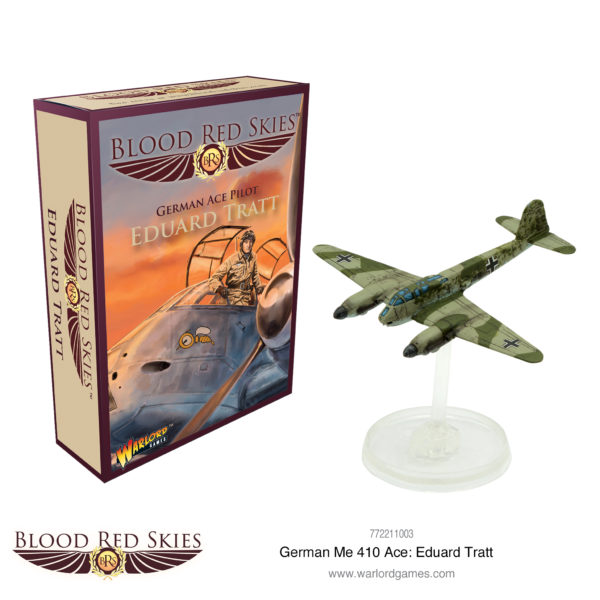 Eduard Tratt was a Luftwaffe ace and was credited with the highest scoring number of victories amongst the Zerstörer (destroyer) pilots with 38 victories. Starting from the beginning of the war with the Polish invasion, he was shot down in 1944. 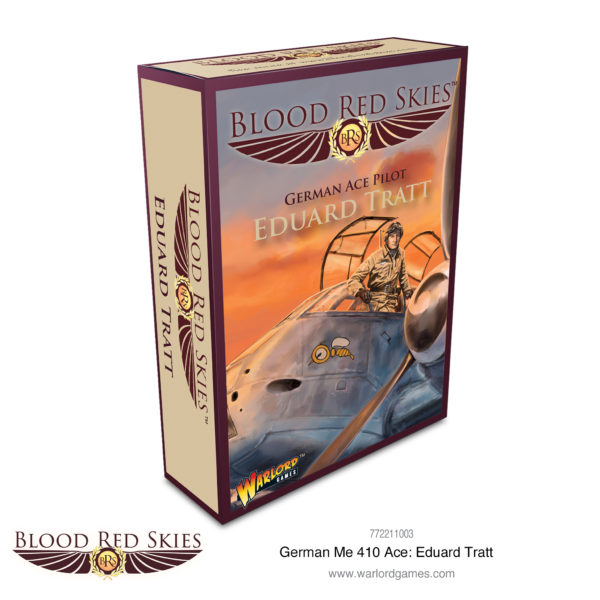 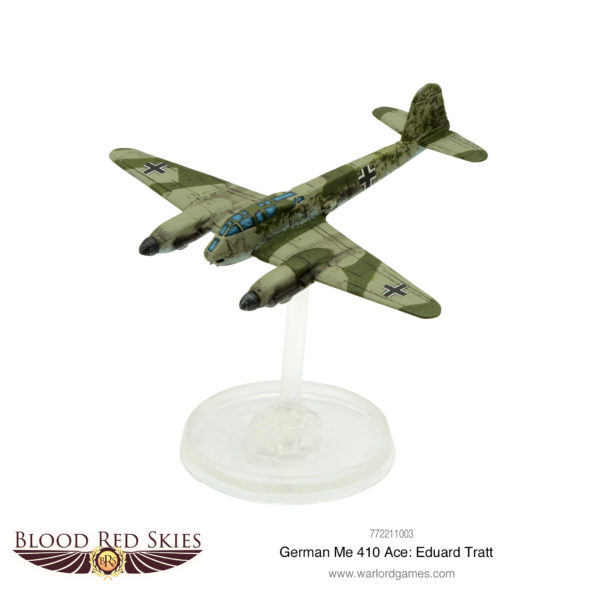 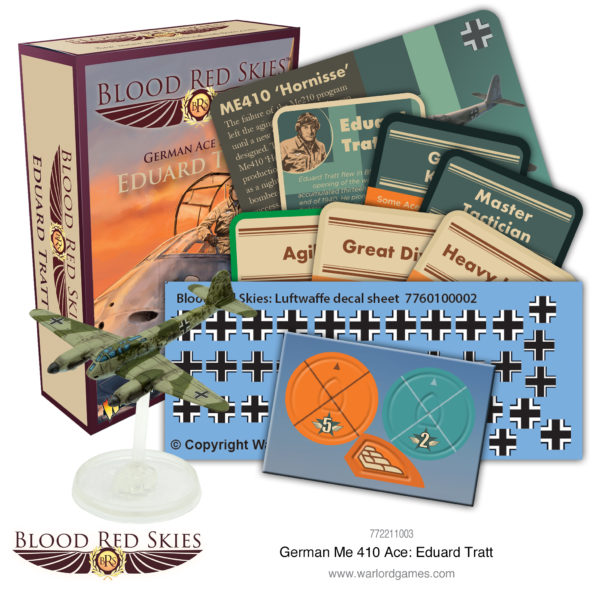 This set gives you all you need to field a squadron of the Me 410 of the ZG 26 “Horst Wessel” in your games of Blood Red Skies!