Late war SAS reinforced platoons by Hendrik De Coster
With the updated SAS jeeps kicking off the Warlord Games releases for 2018 this article written by Hendrick De Coster hits the mark and sets the scene for a year full of battles to come! 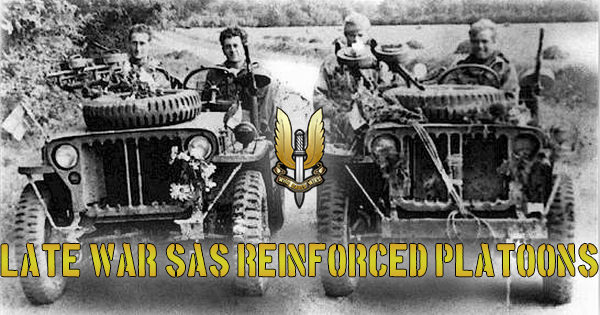 While the Special Air Service, or in short the SAS, are widely known for all their role in the desert raids and their more modern special ops operations, they were also active in the European theatre of war since 1944. Comprising of the British 1st and 2nd SAS, the French 3rd and 4th SAS and the Belgian 5th SAS, the SAS Brigade was tasked to perform parachute operations behind enemy lines throughout France and later on Belgium, the Netherlands and in the end even Germany. Once deployed they specialised in performing patrols, sabotage and marking out targets for the RAF to bomb.

A small overview of the various SAS operations can be found here  courtesy of Wikipedia.

Typically, these brave men relied heavily on collaboration with the local resistance forces and the airdropped jeeps they used to perform patrols. 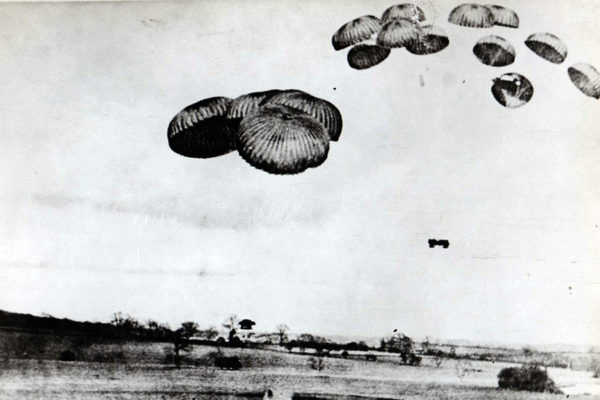 Jeeps dropped by parachute for behind the lines operations

To represent the SAS a multitude of models can be used. Warlord makes 2 very nice metal sets depicting both the British and French SAS

However, with the new plastic British airborne the options have increased even more as you could use only the plastic boxed set to create a small SAS force, or add in some of the metal commando heads to create some more variety!

Since the SAS often received help from the local resistance you can also use the partisan models, or even the new British LDV section to represent these! 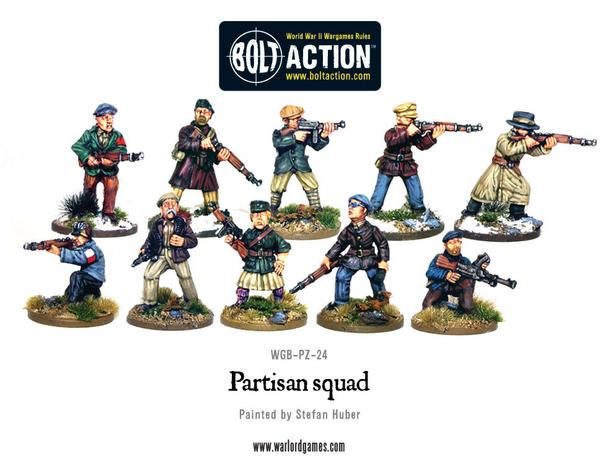 A second important aspect to the SAS were their airdropped jeeps, of which they employed a wide variety.

Often making daring patrol runs, sometimes even driving through town and shooting every German in sight causing many casualties. Read about and play the Operation Loyton scenarios here: 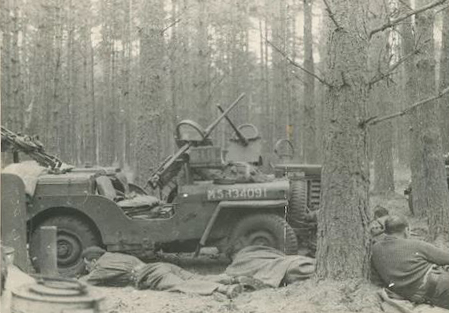 To represent these, you can use the warlord SAS jeeps and simply decide how many machine guns you want on your model since the amount ranges from just two Vickers K machine guns up to 0.50 cal. armed jeeps depending on what year you want to depict. In 1944 the SAS jeeps typically carried only the twin Vickers (use this new SAS jeep or use the airborne jeep model

Either way, the warlord models can all be modelled as any variant with some minor conversion work. 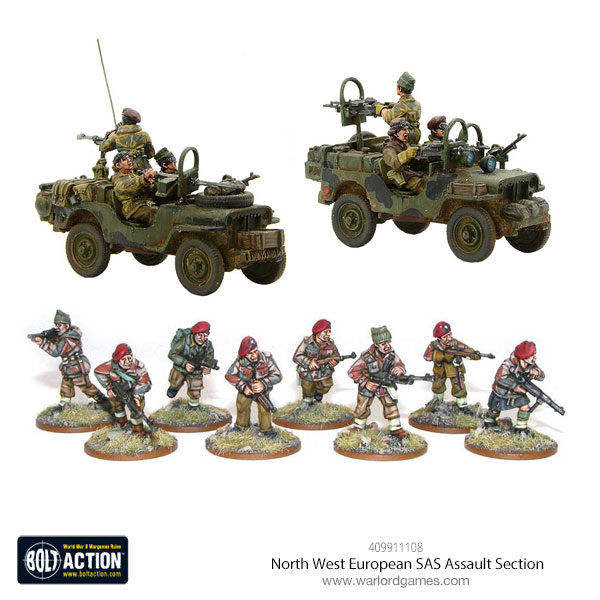 Since the SAS operations during 1944 and 1945 varied quite differently we’ve chosen to use 2 separate force selectors for each year.

In 1944 the SAS specialised in airdropped missions throughout France, Italy and even Belgium and the Netherlands. Here they dropped behind enemy lines, often with partisan support and a handful of lightly armed jeeps. Using TNT and radio contact with the RAF they set out to destroy or at least hinder the Germans as much as possible.

Ideally, such a patrol would consist of between 2-4 lightly armed recce jeeps each carrying 4 men per jeep. Typically, 2 men per jeep would dismount and band together with others to form smaller infantry sections on foot.

Since the SAS forces could range from a dozen of men with no support up to large raiding parties this force organisation is slightly atypical compared to the standard reinforced lists.

Transports
0-1 generic truck per squad in the reinforced platoon

The SAS use the following special rules. These replace the National Characteristics and the free forward artillery observer that most Armies of Great Britain forces use.

SAS made effective use of the surroundings to perform surprise attacks, in addition to being very well informed on any movement the Germans made. On occasion, local resistance members would hang up 2 blue trousers to dry in their garden, signalling the SAS that the village was indeed occupied by German forces. To represent this extensive network of espionage and covert operations during set-up, any SAS unit starting the game hidden (as per rulebook) may start the game already in Ambush. If you choose to do so, place the order dice next to the unit as if you had ordered them to ambush.
In addition, during the first turn of the game, all SAS infantry treat all rough ground and obstacles as ‘open ground’ for the purposes of movement.

When Outflanking as described on p.119 of the Bolt Action rulebook, units of SAS ignore the -1 modifier to the Order test for coming onto the table.

Any specialists who were attached to the SAS had to meet the elite unit’s exacting physical requirements. All units in the selector that have been labelled as “SAS” (i.e. officers, medics, forward observers, sniper, MG, PIAT, flamethrower, mortar teams) MUST spend an extra 4 Points per model in the unit to be SAS qualified, giving them the ‘Fanatics’ and ‘Behind Enemy Lines’ special rules as well as a secondary firing arm in the form of a pistol. (except the SAS infantry sections which already have this bonus included in their profile)

The SAS are a highly elite and motivated force. To represent this all unit entries that are SAS must be taken at veteran level.
In addition, every time they make a successful order test they may remove 2 pins instead of just 1.

Any unit marked with a * may add additional SAS section members for +18 pts. (not exceeding a maximum unit size of 4 men strong.)

Pistol + submachine gun, or rifle as depicted on the models. This represents the SAS not being organised like conventional infantry with dedicated roles but rather being trained in using a multitude of weapons and bringing the right tools for the job. Note that the gunner of said weapons teams cannot take any additional weapons beyond his pistol and primary weapon (MMG, PIAT, Mortar) as this would be too heavy to carry around.

Team weapons designated with a ** may fire their team weapon at a different target. Note that the loader in both cases is still a specific model, just like loaders on LMG teams.

The spotter was typically armed with whatever he pleased. An SMG may be added for +3 pts.

In 1944 the SAS only used the relatively lightly armed jeeps also found in airborne recce units. Use the British Airborne Recce jeep entry to represent these. (Armies of Great Britain p 57)

Jedburgh Team (NCO and 2 Jedburgh operators) 70 pts Veterans, each armed with M1 carbines and pistols.
If a SAS force contains a Jedburgh team a second platoon using the “armies of France and the allies: Partisans 1942-45 Liberation selector” as if they were one and the same army.
Note that the outflank bonuses for each force do not stack.

Jedburgh Teams consisted of 3 men, a commander, an executive officer and a radio operator. Their main function was to provide a link between the guerrillas and the Allied command. They could provide liaison, advice, expertise and leadership, but their most powerful asset was their ability to arrange airdrops of arms and ammunition.
In addition to their personal weapons (which included an M1 carbine and a Colt automatic pistol for each member) and sabotage equipment, the teams dropped with the Type B Mark II radio, more commonly referred to as the B2 or “Jed Set”, which was critical for communicating with Special Force Headquarters in London.
They were also issued pieces of silk with five hundred phrases that they were likely to use in radio traffic replaced with four-letter codes to save time in transmission, and one-time pads to encipher their messages.Like all Allied forces who operated behind German lines, the Jedburghs were subject to torture and execution in the event of capture, under Hitler’s notorious Commando Order. Because the teams normally operated in uniform, to apply this order to them was a war crime. Despite this these men still carried out their dauntless task and helped many SAS missions to succeed.

The local resistance forces often helped out transporting SAS members or if the occasion presented itself the SAS were not known to let a still functional vehicle go to waste.

Use the veteran 15 CWT truck entry from the Armies of Great Britain book p.59.

In 1945 the SAS found themselves acting as the very tip of the spear thrust into Germany. They moved ahead of the recce units in large groups of heavily armed jeeps. The support they got in 1944 by the local resistance was now replaced by support units coming from nearby recce units.
The SAS own heavy support came in the form of 3″ mortars and 50 cal HMG’s mounted on their jeeps. To represent these forces one can use a tank wars platoon using the armies of Britain SAS jeep entry. Since these forces rarely deployed on foot we believe the tank wars platoon using the SAS jeep entry can represent these lists well enough. 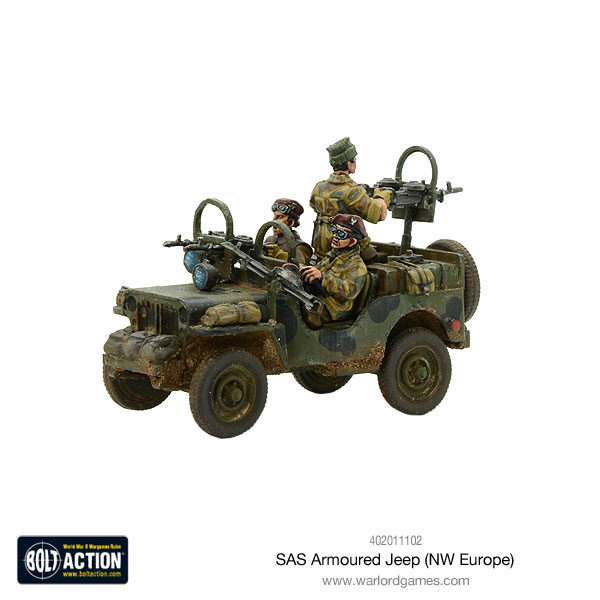 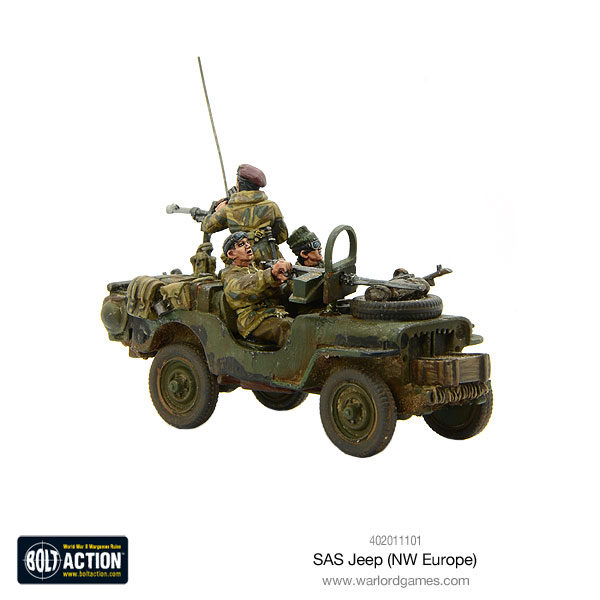 Or try the Armoured SAS jeep stats that came out with the release of the remade jeeps:

Deploy your forces for Operation Loyton: 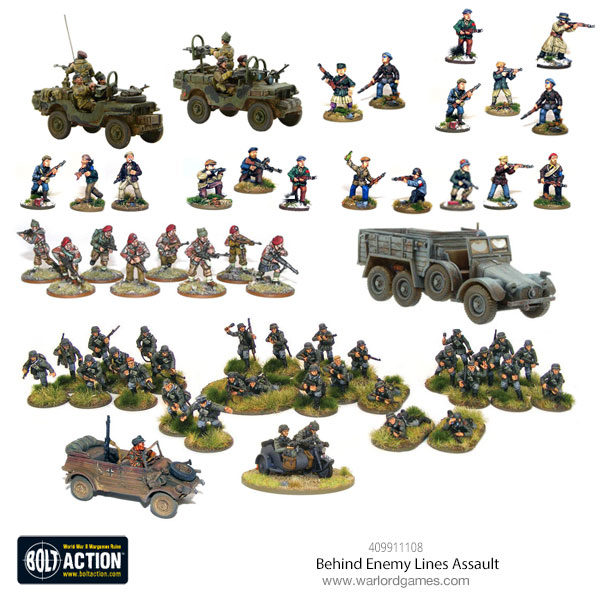 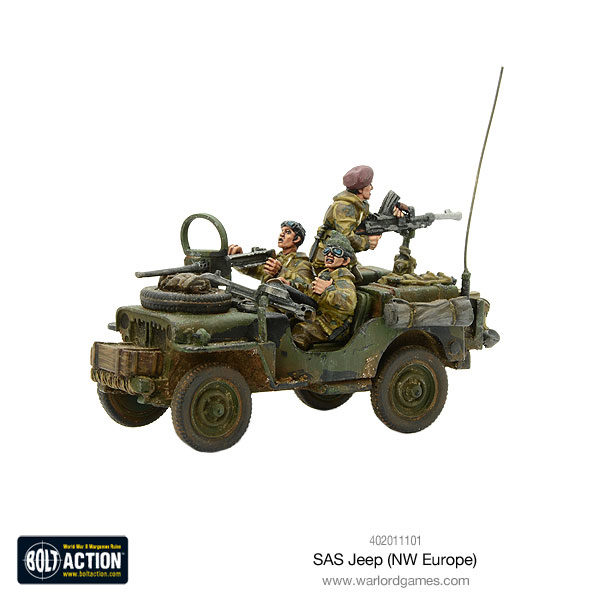 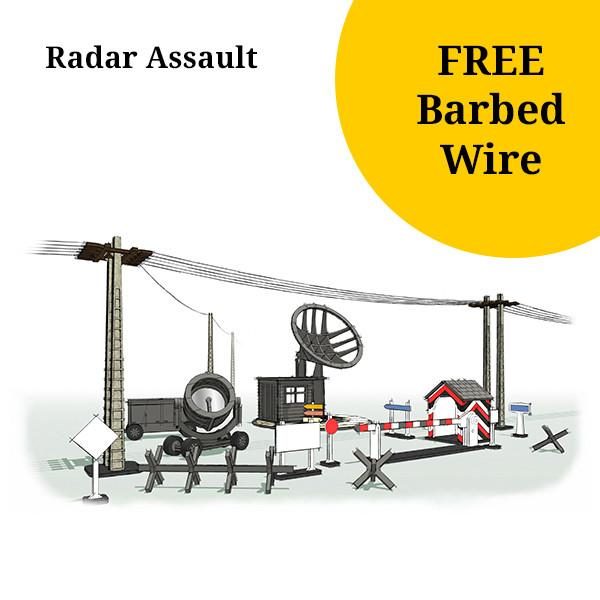