Appearing from the harbour mouth glides the low-profile of the Kriegsmarine Marinefährprahm F-lighter, bristling with weapons to protect its Cruel Seas convoys… 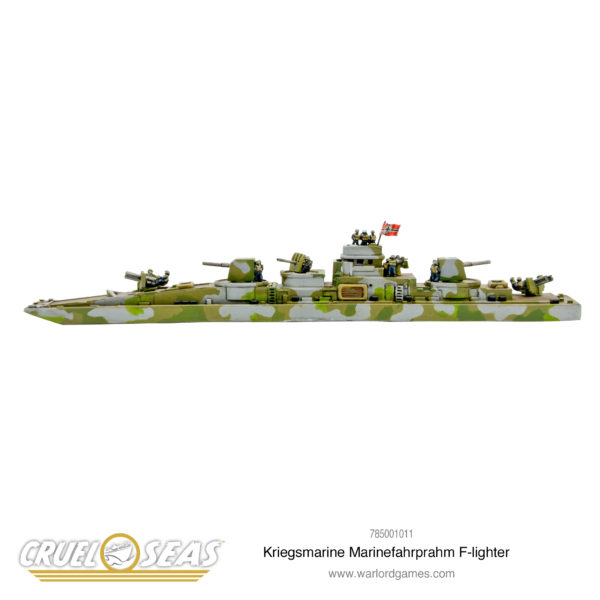 Originally a converted tank landing craft that was being developed for the Kriegsmarine, The Marinefährprahm F-lighter was up armoured and equipped with the extremely accurate 88mm guns and multiple flak guns. As a result, although slow, the F-lighters were capable of dishing out heavy punishment.

They plied their trade of escort duty in all theatres of the naval war, they were small silhouette targets that proved very tricky to sink. Not only that, but their shallow draft made them invulnerable to torpedo attack. The ideal vessel to accompany your vulnerable landing ships or protect your prized ships! 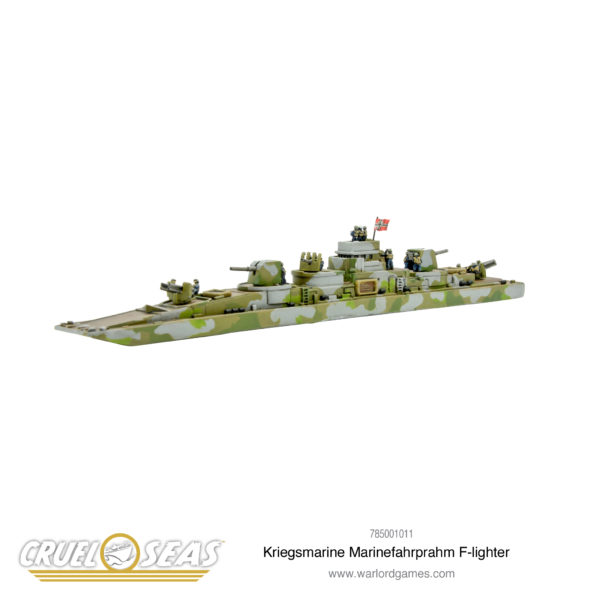 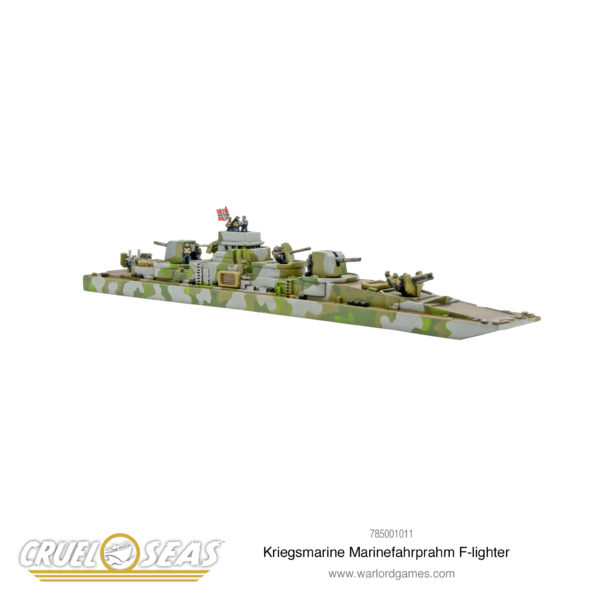