Spotlight: The Kriegsmarine in Cruel Seas

Travelling in the turbulent wake of last week’s article on the Royal Navy is a look at the Kriegsmarine and their fearsome fleet of small boats.

Kaiser Wilhelm’s vision, indeed obsession, with building a vast fleet of dreadnoughts came to nought during the Great War. He knew that his excellent fleet could not risk significant battles with the Royal Navy, it was a one-shot weapon. The lighter units, particularly the U Boats, did most of the real work on a weekly basis. The German Navy was only raised in 1871, with a brief to concentrate on the North Sea and Baltic Coasts. Perhaps because of its youth, the Kriegsmarine was quick to appreciate the power of the humble torpedo that could cripple or kill a vessel worth millions of marks. They were thus also keen to develop the promise of the torpedo boat, cheap, potentially deadly and of great use in restricted waters.

By the 1800s the French fleet had developed designs that showed great promise; borrowing from Britain’s Whitehead torpedoes, Germany watched with interest and with the contribution of two brilliant engines, Daimler and Maybach who developed the world’s first practical internal combustion engines, a new direction beckoned. 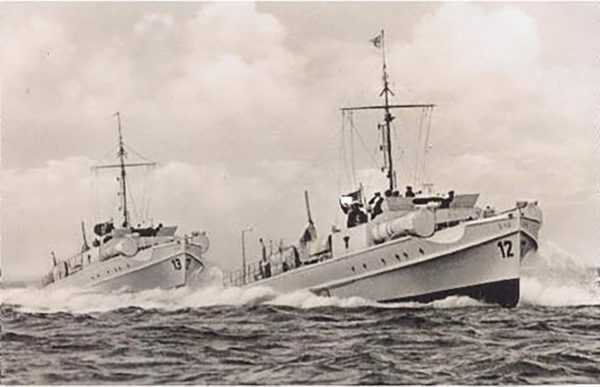 The Schnellboat or ‘E Boat’ as the British Admiralty called them, E for enemy, was a truly formidable beast, in many ways incomparable in detail to the other nation’s boats. In sheer size alone, the E boat was much, much bigger. Allied boats tended to be 70-80 feet in length, the E boat 115 feet long, and the laws of physics, though complex, favour a larger hull for speed over a shorter one.

German engineering also gave them another advantage, as when speed reached 25 knots, a crank mechanism when turned moved 2 side rudders to flare, symmetrically outward at 30 degrees, creating an air-filled hollow space, the so-called Lürssen effect, these being called effect rudders. This gave three distinct advantages, greater speed, a reduction in the tell-tale wake of the speeding boat, and finally settled the boat in a more efficient plane, leaving the vessel shallower in the water, most useful in mine and torpedo infested waters and remarkable for a boat weighing in at 100 tons! 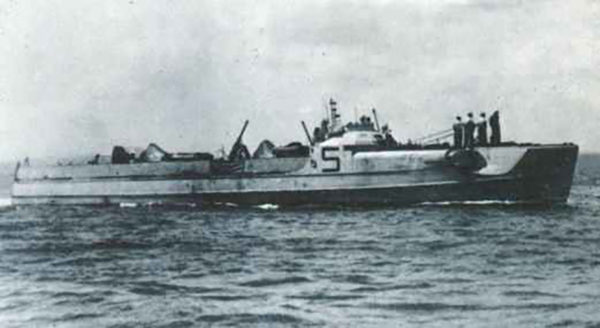 The powerful S boat ensured that it could traverse very rough weather and choppy seas almost as well as the larger destroyers. Most S boats packed 3 diesel engines generating 6,000 horsepower, later 7500 hp which enabled the crews to cruise for prolonged periods at 30-35 knots and a maximum top speed of 42 knots, a truly remarkable performance.

The British Admiralty was desperate to find out the top speed of the E boat. An elaborate plan involving commandoes and a captured Heinkel floatplane was hatched by none other than James Bond author Ian Fleming to capture a boat, kill the crew and bring it home. This bold and practical plan was cancelled when a nervous young naval officer suggested that they could instead look in the 1938 copy of Jane’s fighting ships and get the necessary data from that! Which indeed they did…

Built largely from a selection of woods and some lighter strengthening metals, the S boat was strong, sometimes surviving unlikely amounts of damage from shells collisions or grounding. Mid war and late war vessels added armour, most famously the distinctive armoured ‘skull cap’ for the bridge, or ‘Kalottenbrücte’.

All this sophistication was designed to get the E boat into a position to launch its main weapon system, the torpedo. German torpedoes, like other navies, were unreliable in the early war period. Each boat carried two launching tubes and often two more torpedoes as re-loads, re-loading taking merely 45 seconds if all was well. The G7 ‘eel’ was commonly used in U boats and surface ships and proved deadly if a hit was scored. They were not launched at top speed, E boats slowing down to as little as ten knots to get off a shot that was not disrupted by speed and vibration. Torpedoes could make up to 44 knots and had several thousand yards range. 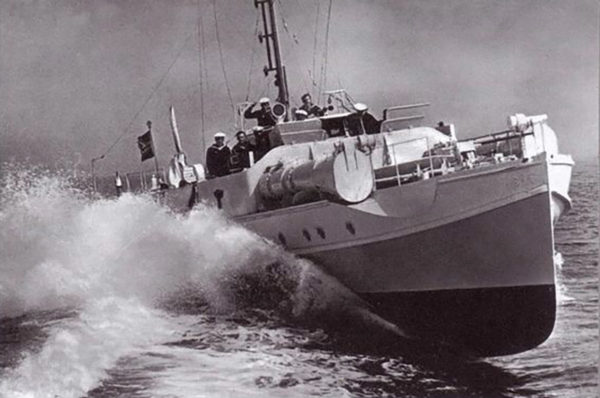 Although normally a job done by the larger R boats and minelayers, E boats increasingly were outfitted to lay mines with which they achieved considerable success in the later part of the war.

Early boats carried either a single machine gun or a slow firing 20mm autocannon. By the early Channel actions, an extra 20mm cannon had been added in a sunken gun pit at the prow of the ship, useful for surface and anti-aircraft work. As the war progressed, like all other navies, the Kriegsmarine added considerable firepower to their light craft, particularly in response to what was to become overwhelming allied air strikes. Quicker firing 20mms, sometimes in pairs were added as was a 37mm gun with a useful gunner’s shield. Just as the US Navy was to find, a 40mm Bofors was added to the rear giving great striking power. A plan to mount the fearsome quadruple 20mm flackvierling was largely too late to see much service.

Like most other navies the E boat operated en-masse if possible. If a whole flotilla could go out, it would. Travelling in line astern to the target area, identify possible targets before breaking up into line abreast and attack in pairs. Commands were issued with lights, megaphones or flares, radio between boats was a luxury they did not have. Very few E boats carried radar, but most boats had at times a baffling selection of air defence warning systems which could be of use in escaping surprise air attacks if everything was functioning correctly or the allies were not jamming them.

The S boats were by far the least encountered of the coastal navy craft. They were expensive and slow boats to build. Much of the real work, patrolling, convoy protection, mine laying, sweeping, rescue etc was conducted by the numerous larger, slower and less glamorous R boats. R boats were the maids of all work and like their S boat counterparts they were refitted during the war and by the wars’ end were reliable, tough and well-armed with all manner of automatic weaponry. They were heavier and slower than E boats, over 125 tonnes. They fought the bulk of the small ship actions of WW2. Larger boats were Corvettes, well-built vessels that were seaworthy and useful ships, most being of the M class and used light flack for defence against aircraft but also packed useful main guns and depth charges to combat submarines.

As the war developed, the Germans created two new surface crafts, the F lighter and the Siebel ferry, The F lighter was originally a converted tank landing craft that was being developed. Up armoured, shallow drafted and equipped with 88mm guns and flack guns, the F lighter were small silhouetted targets that proved very tricky to sink, invulnerable to torpedo attack and capable of dishing out heavy punishment. They plied their trade of supply and escort duty in all theatres of the naval war. 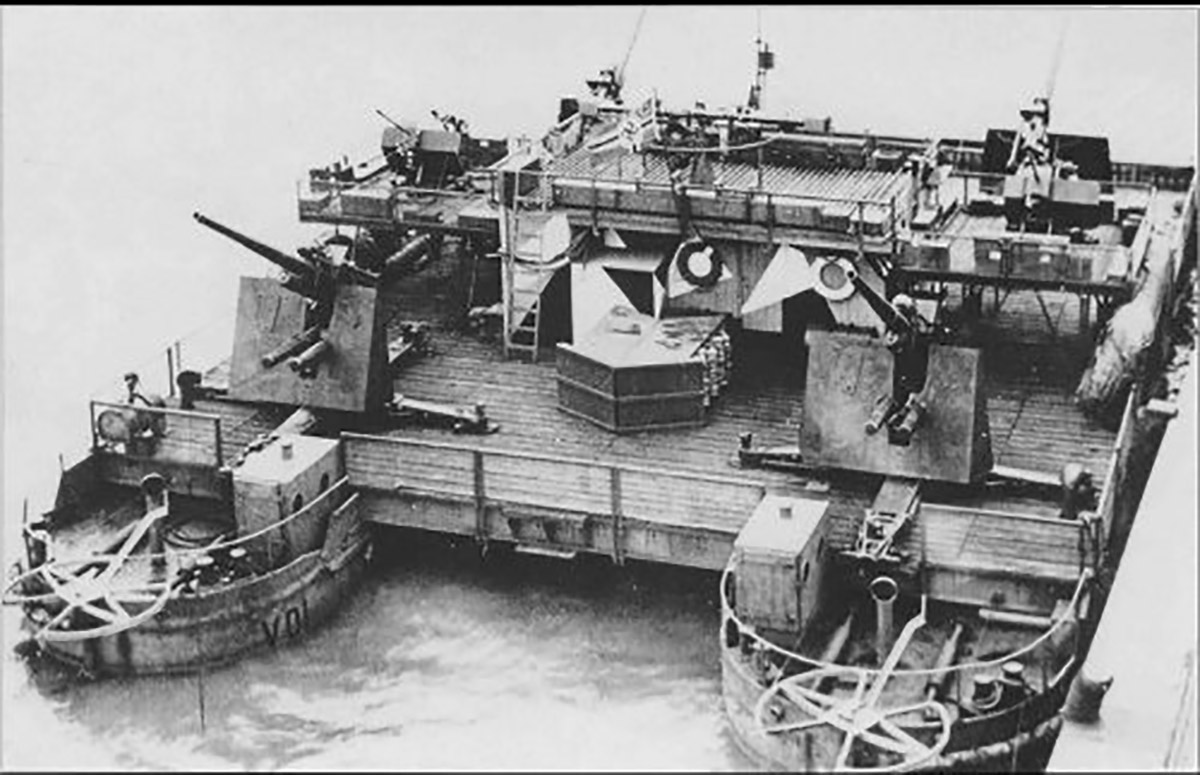 Siebel ferries consisted of 2 pontoons connected by a bridge, again its shallow draught making it largely invulnerable to mines or torpedoes. They were principally used to transport men, tanks and animals from shore to shore, particularly in the Mediterranean and Aegean Seas. They were a tough opponent, if slow and could carry heavy loads and defend themselves well with an armoury of light, medium, and even heavy flack. 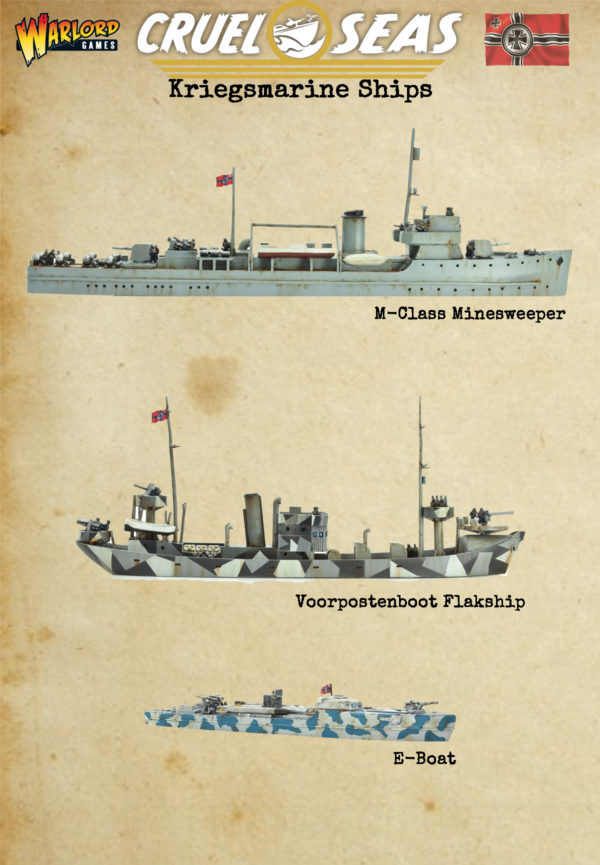 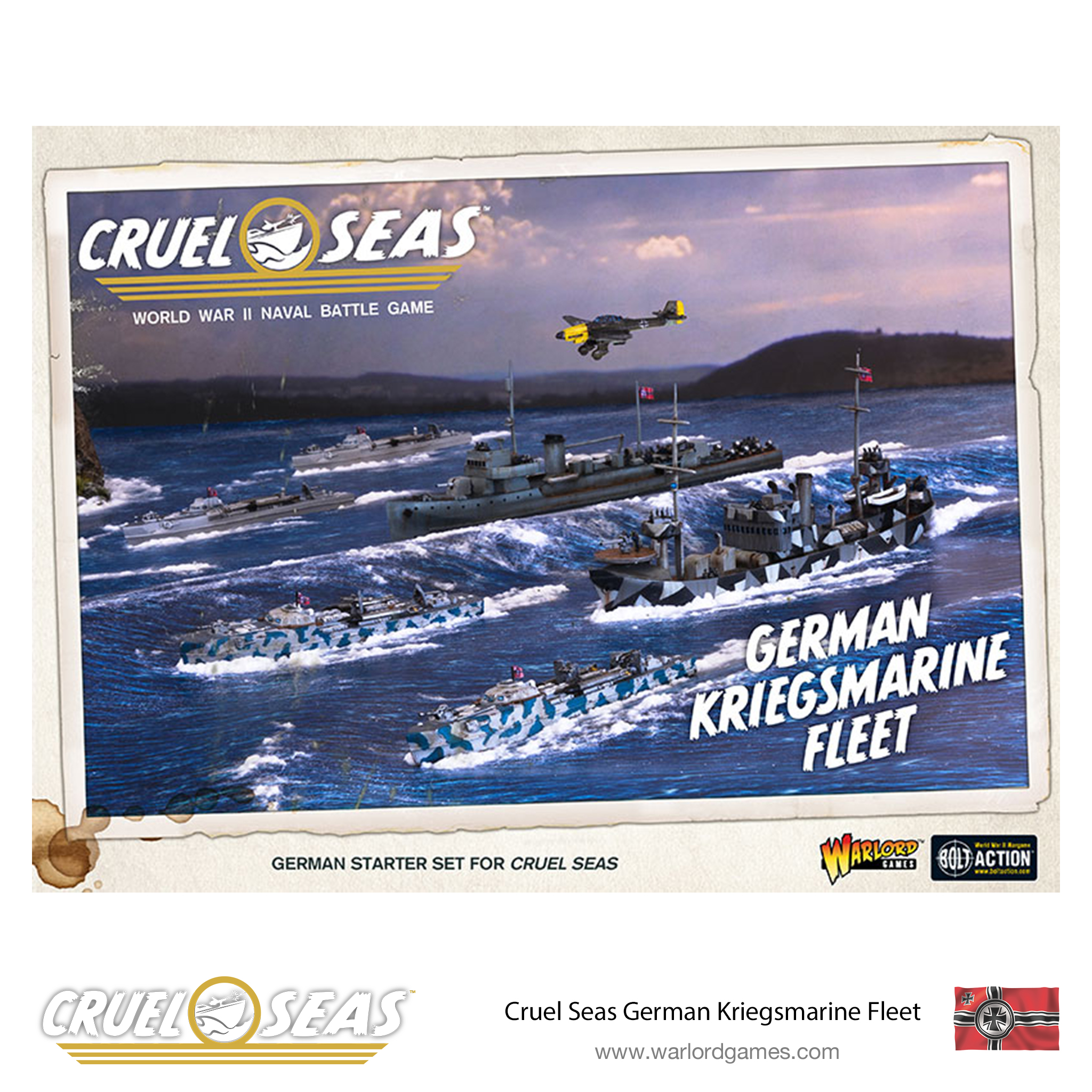 Continuing in our video series exploring the game’s mechanics, we’ve got a quick look at how shooting works!