The German forces of 1947 had access to some of the best rift-tech available, particularly in the field of DNA-enhanced infantry.

The enhanced infantry programmes born of the rift-tech facilities in Dresden has borne extremely effective, though horrifically grisly, results. It is not known what humanity – if any – remains in these abominations. Their very presence strikes fear into Allied and Soviet forces across the hardest fought battlefields on both east and west fronts. Even the most battle-hardened soul dreads an encounter with one of these terrors in the dead of night.

Currently the pinnacle of the soldier enhancement division, the Nachtjäger is no longer truly human, with the DNA of reptiles, bats, and alligators merged into a horrific creation. No one knows if the subjects for this programme are volunteers, but their effect on the battlefield is without question. The very existence of Nachtjäger alters Allied planning and reports of their presence are always taken seriously by intelligence staffs. The Nachtjäger are unleashed wherever the fighting is fiercest, inflicting devastation upon the enemy and crushing morale in one fell, bloody swoop. 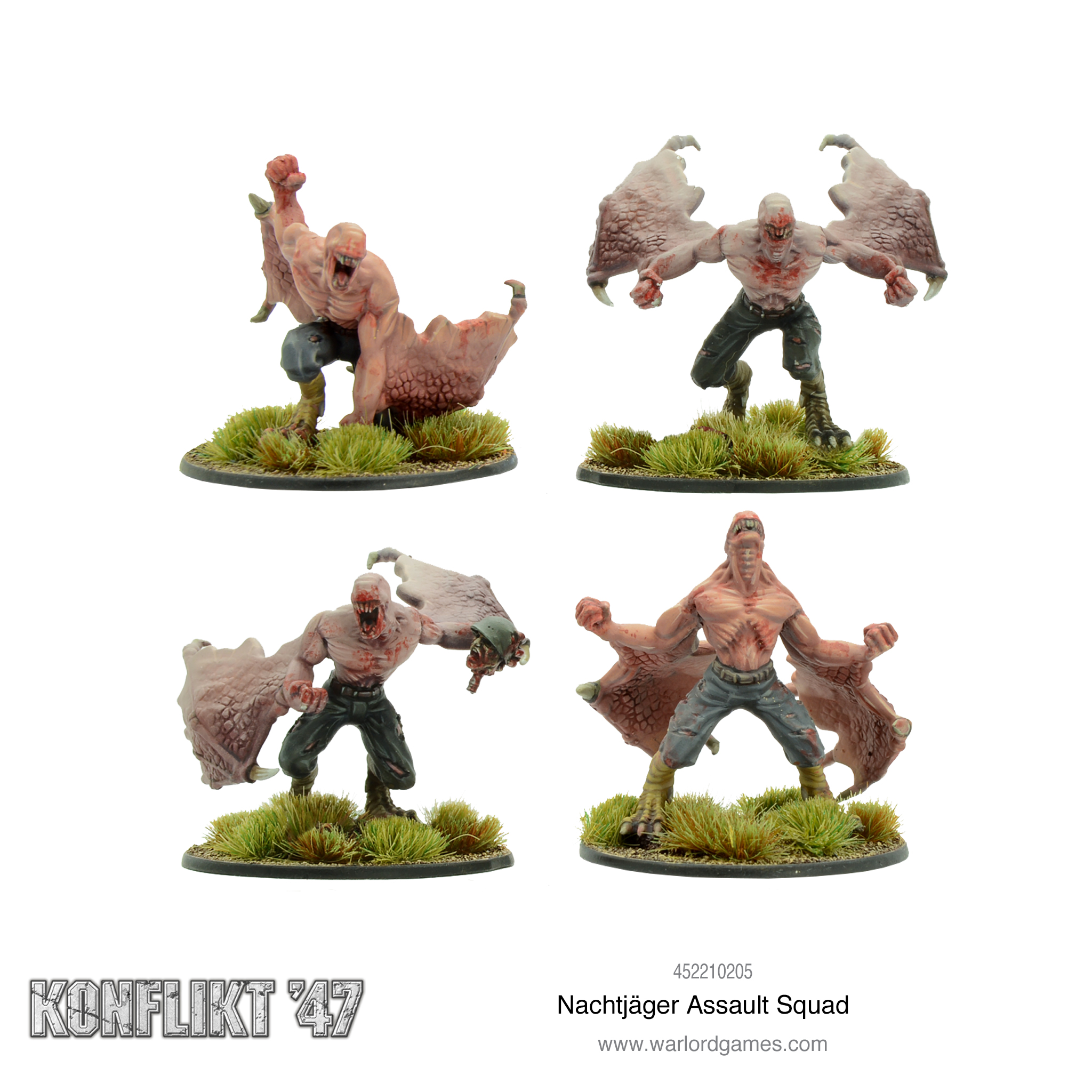 Using technology derived from the dreaded Nachtjäger programme, the scientists at Dresden’s Rift-tech labs have stabilised a quicker, less dramatic DNA enhancement process capable of effective results. Closely tied to the Nachtjägers, these ‘night-demon’ infantry are enhanced with some but not all of the Nachtjäger’s gifts, creating very effective infantry with fewer of the bestial drawbacks and training costs associated with their larger cousins. Capable of using weaponry and trained to fully exploit their enhanced senses and capabilities, the Nachtalben squads are used as elite reconnaissance troops attached to SS and other specialist units.

Rules for the Nachtalben can be found in the Defiance supplement. 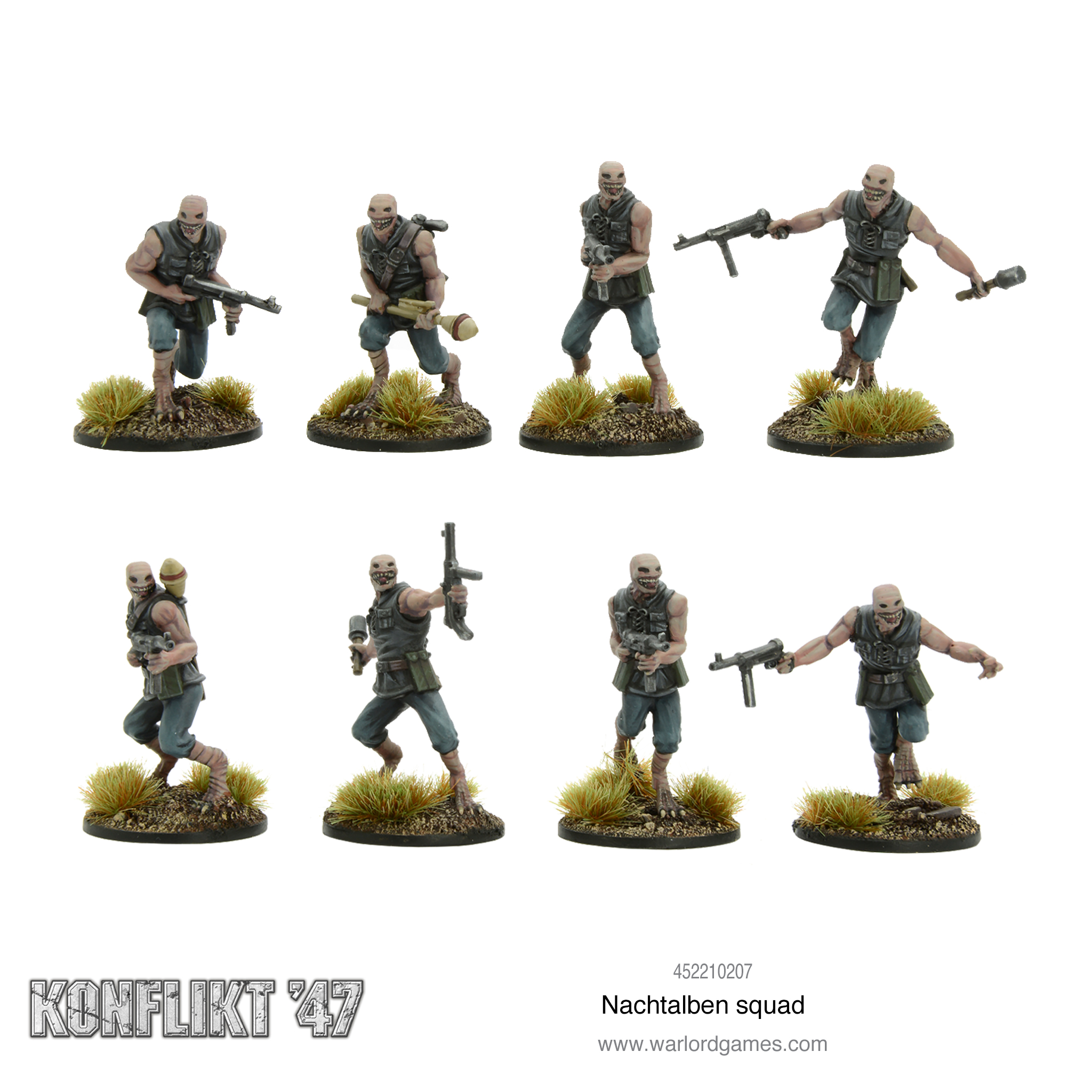 Less controversial than the animated corpse programme, the soldier enhancement division at Dresden has worked tirelessly to enhance German soldiers with the DNA of animals to radically improve their fighting ability. One of the more stable and successful projects combines human and canine DNA, with the result of a warrior that resembles the mythological werewolf. Deployed for the first time in early 1945, their impact was immediate and from the Allies point of view, terrifying. 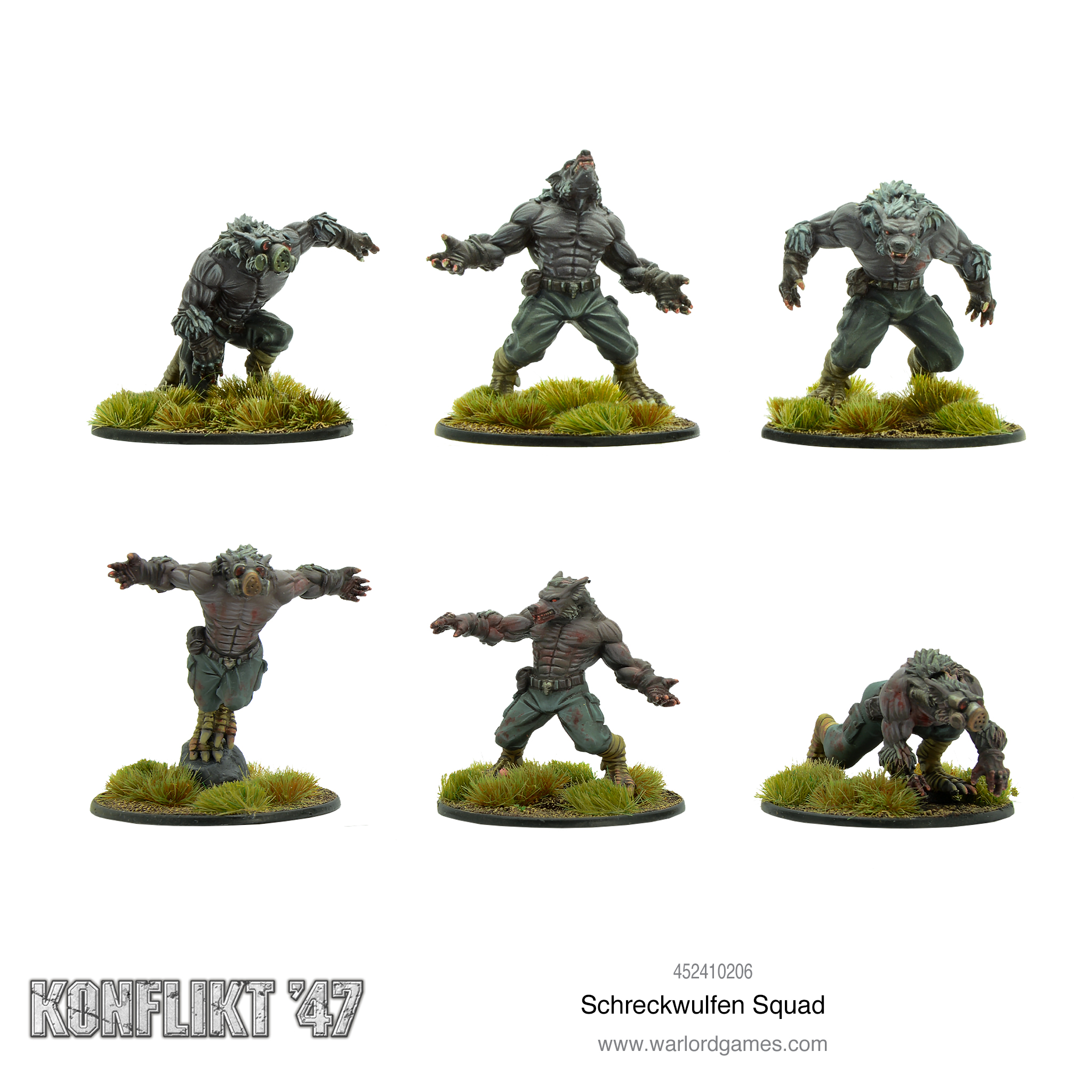 Germans in the Weird War

This starter set is an ideal starting point, with a great variety of units including the dreaded reanimated Totenkorps, as well as the rulebook to get you started playing right away. 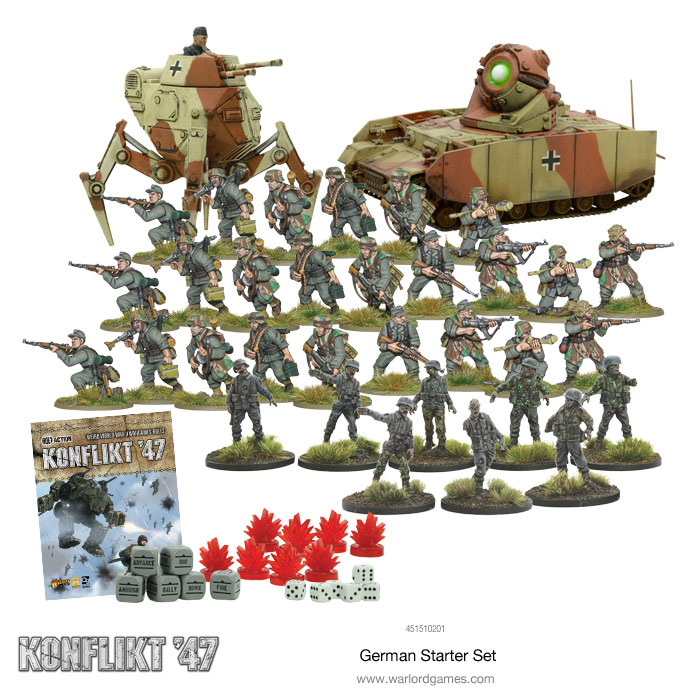