Inbound for the Judge Dredd Miniatures Game; the Citi-Def militia, Cursed Earth Raiders and vehicles as well as the famed Psi-Judge Anderson.

One of Psi Division’s greatest stars is Cassandra Anderson. She specialises in the ﬁelds of telepathy and precognition, where she has few peers. Born in 2080 Anderson is probably as far removed from Dredd’s ideal of what a Judge should be as can be imagined. She is an outspoken critic of many aspects of the Justice Department, displays her emotions, and has empathy for others. Particularly irritating to Dredd and the Justice Department’s rather strait‐laced leadership is her ﬂippant, joking demeanour and ability to interact with other Judges on an informal level. Despite all that when the safety of Mega‐City One is threatened she is uncompromising and prepared to use both lethal psychic and physical force against any threats. This aspect of Anderson is respected by Dredd, and they have teamed up on numerous occasions. 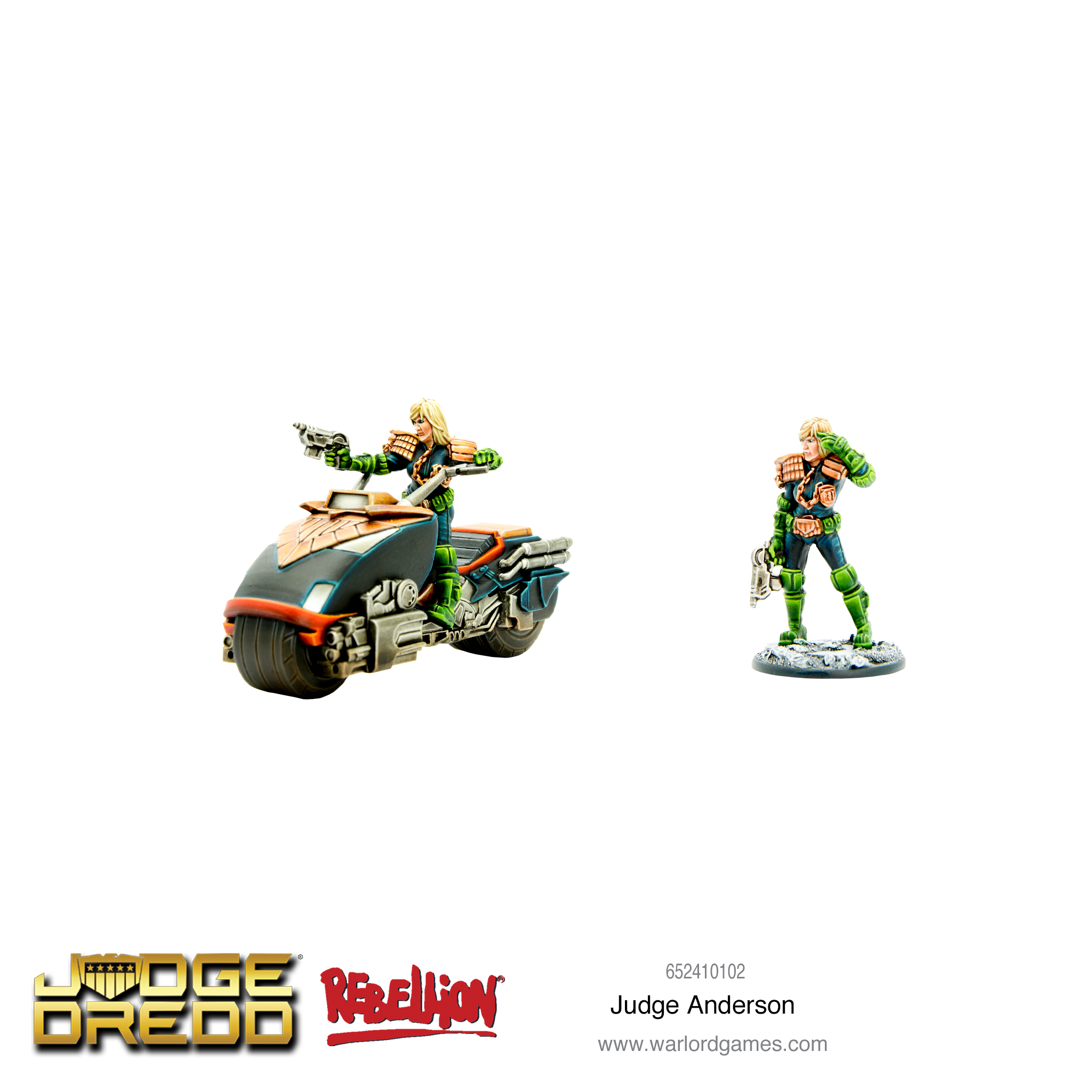 Contains 1 figure on foot and 1 mounted, in Warlord Resin, supplied unassembled and unpainted

The rank and ﬁle Citi‐Def trooper is a volunteer drawn from the block population who agrees to spend at least one day a month attending Citi‐Def training and orientation meetings. All are given basic training in squad tactics and care and maintenance of personal weapons. They are issued with a ballistic shell suit and assigned a weapon that must be returned to the armoury at the end of any training event. However, such is the popularity of the Citi‐Def to certain ‘warcrazy’ individuals that Citi‐Def captains can hold meetings on a weekly or even daily basis, some even allow their enthusiastic followers to take their weapons home between sessions – an oﬀence with a mandatory sentence of no less than two years per count if the Judges ﬁnd out. 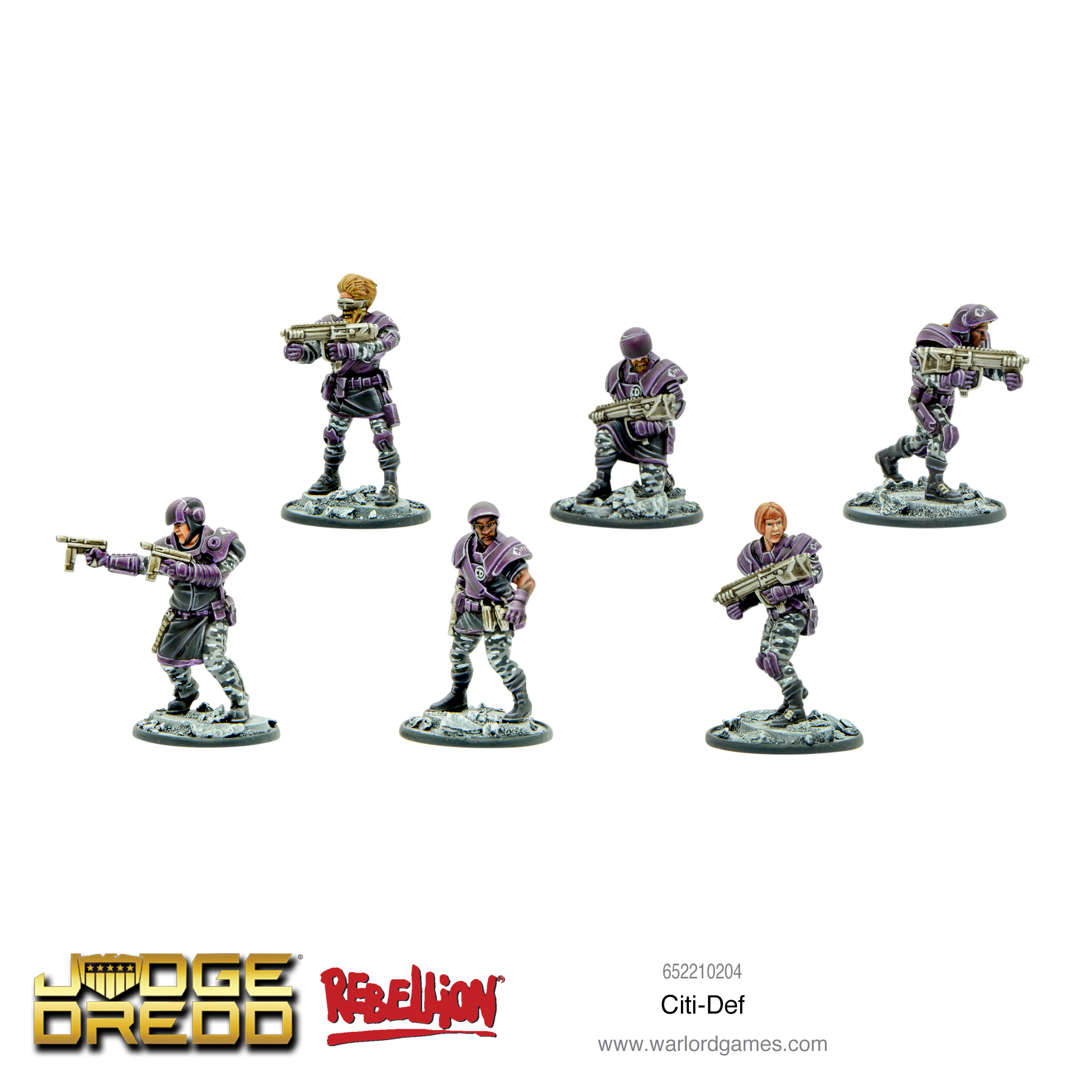 Larger blocks have a secure armoury in which most of the Citi‐Defs weapons are stored. This includes not only small arms but also various explosives and an array of heavy weapons. Unfortunately, some less than stable squad leaders have been known to abuse this authority when reacting to a troublesome neighbouring block. 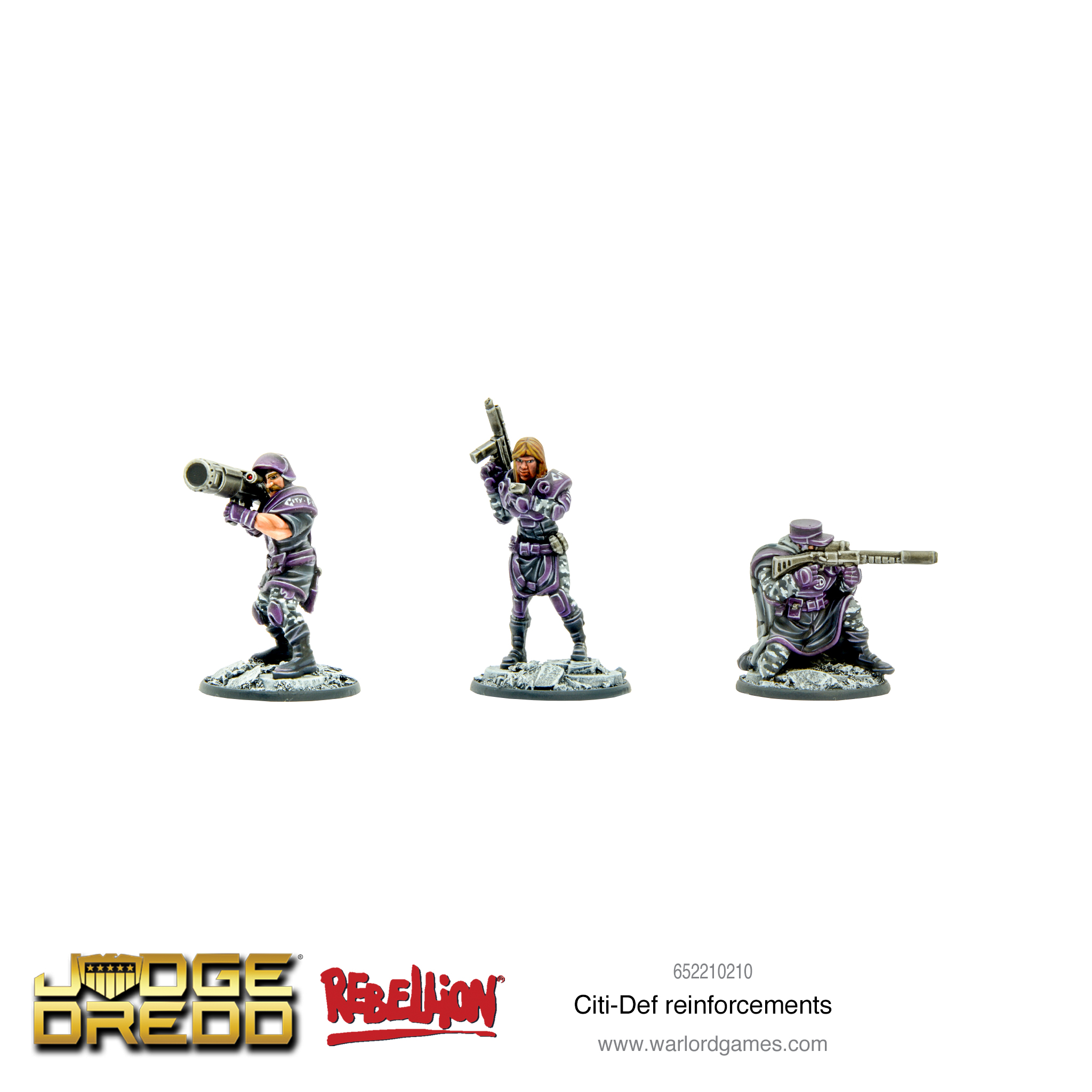 Despite the widespread opinion of Muties as stupid and animal‐like, a surprising number are tech‐savvy and scavenge extensively among the ruins of the Cursed Earth. There are dozens of small bands with the skill to convert run-of‐the‐mill mounts, such as Power Boards and Sky Bikes, into deadly machines of war. 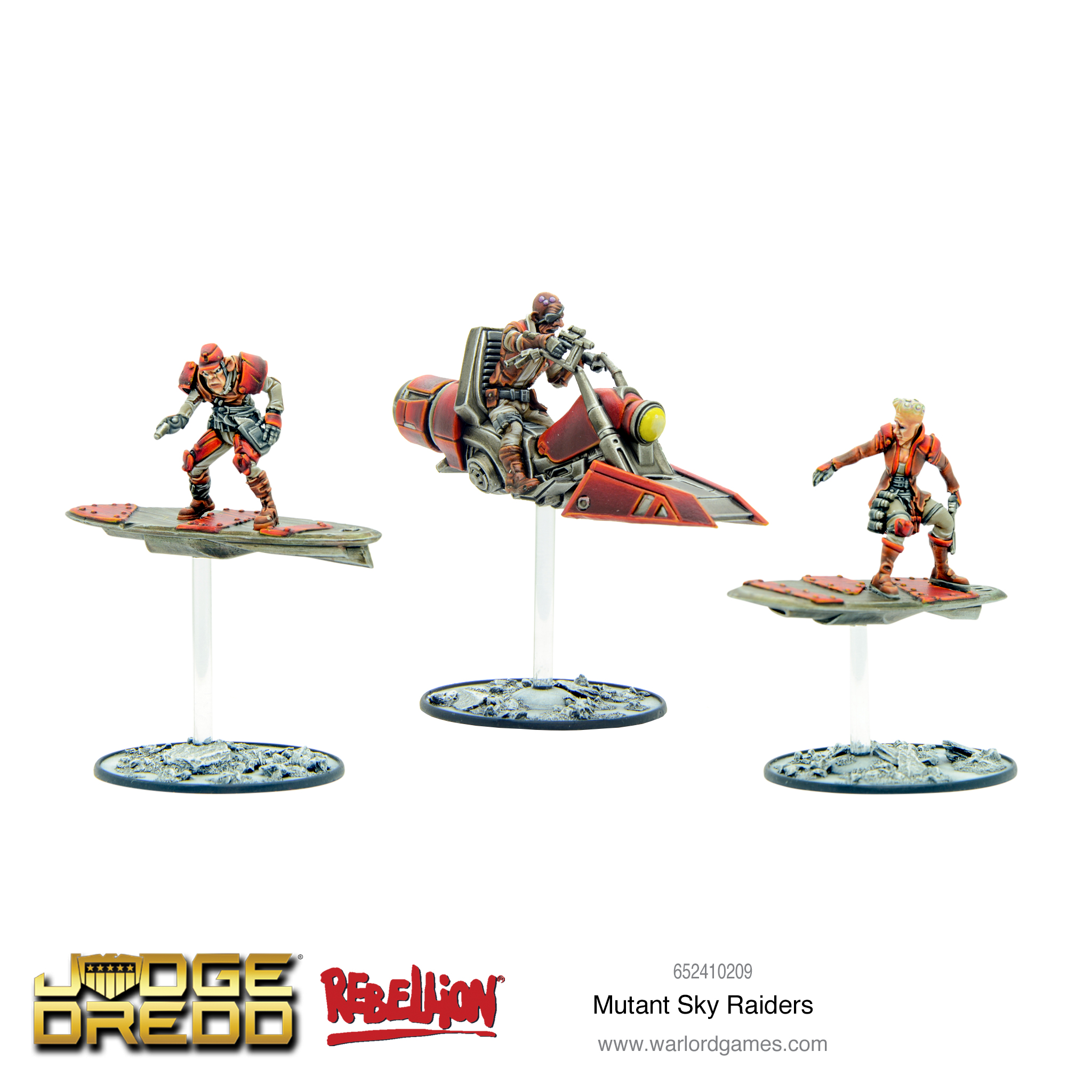 More radical Mutie factions dream of taking the MegaCities away from the ‘norms’ and take every opportunity to raid the cities themselves, causing destruction and sowing terror. Due to the massive wall defences of the Mega‐Cities an overland attack is nigh suicidal. Raiders who master the air have had the most success, suddenly swooping over the wall defences on a bewildering array of jet‐packs, skyboards and anti‐grav transports. 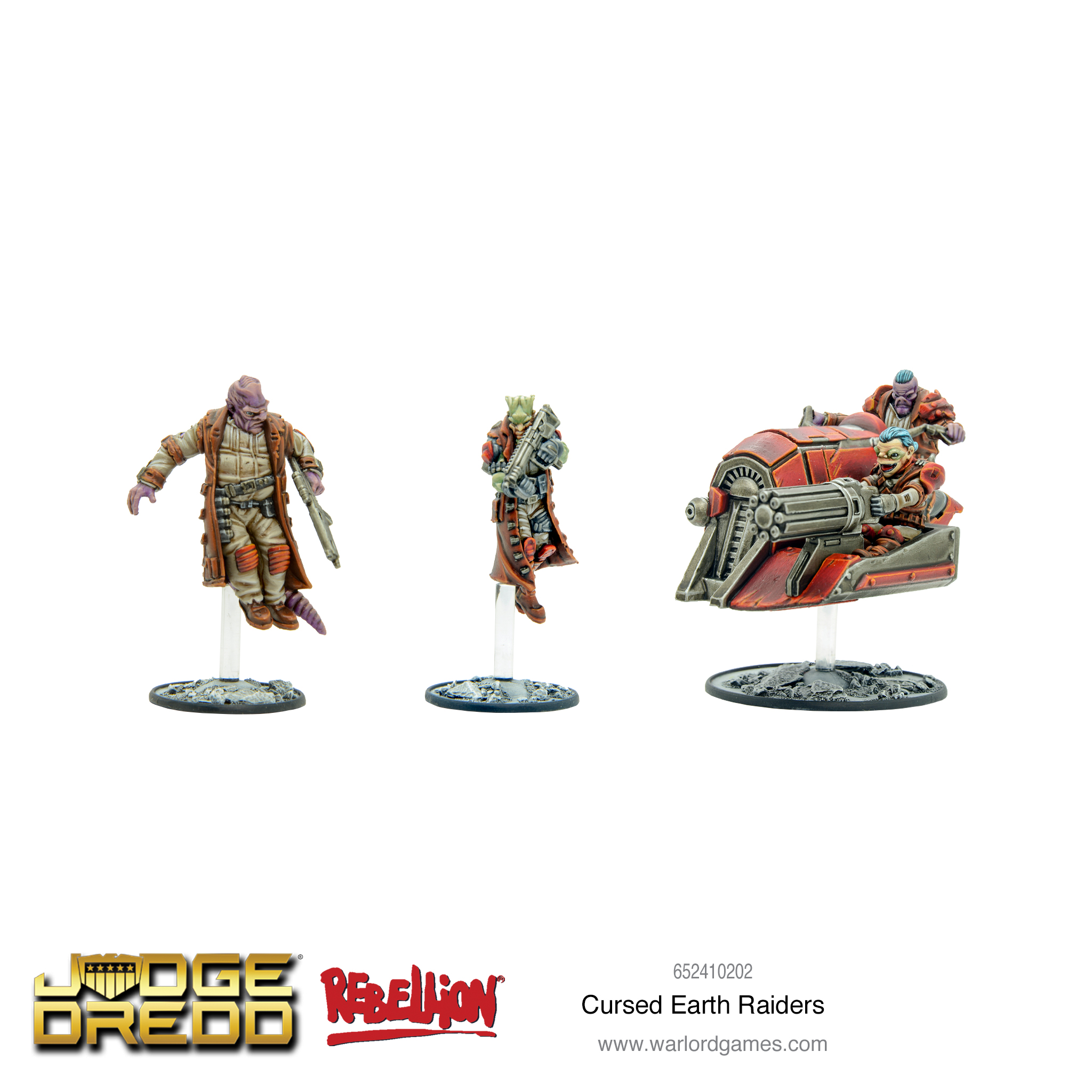 Anti‐Gravity technology is common in the 22nd century and has revolutionised transportation allowing vehicles to ‘skim’ or ﬂy for short distances. Vehicles with the Grav special rule are capable of ﬂying above obstacles if desired. The Grav Pod has a passenger capacity of 3 and a nippy 12″ move. 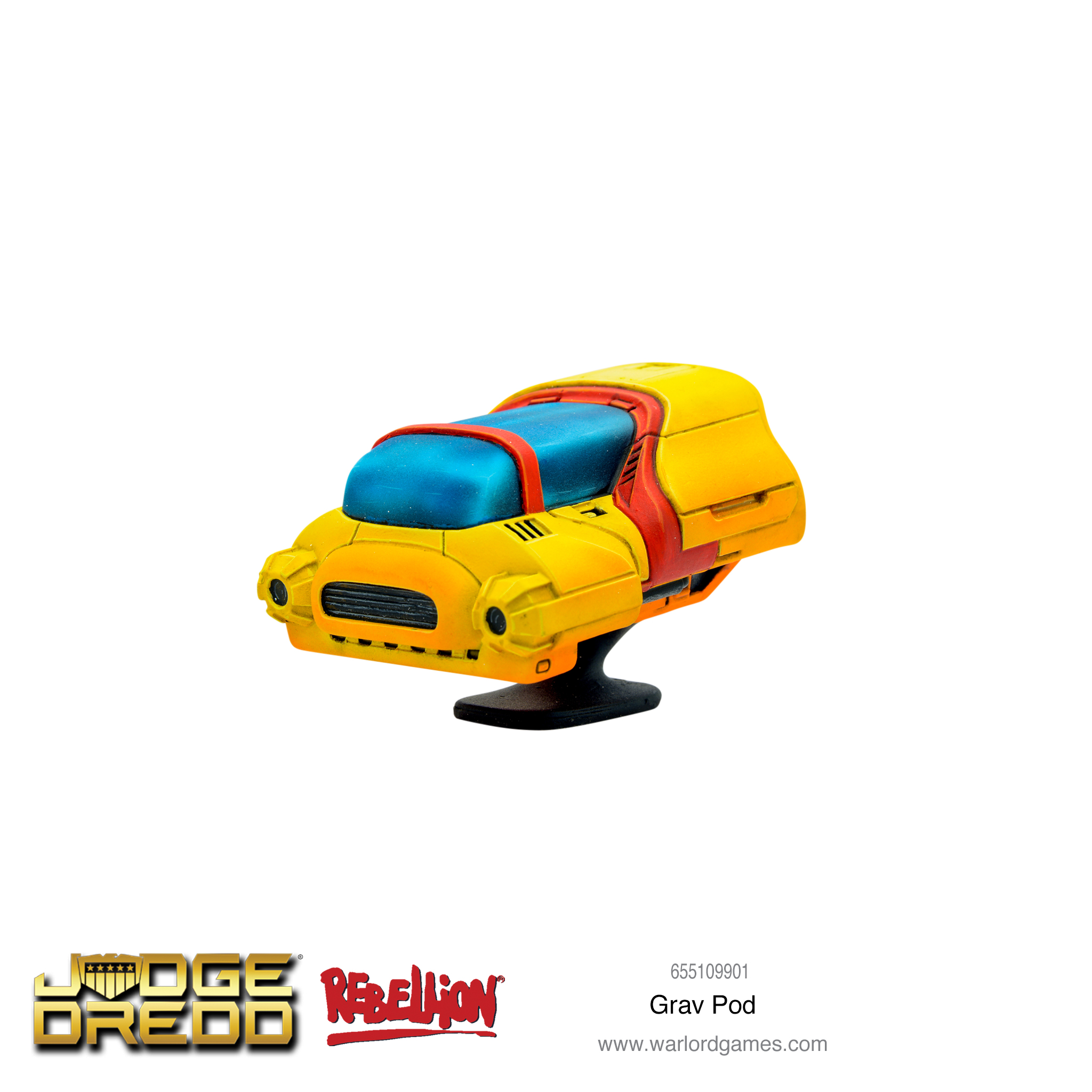 Anti‐Gravity technology is common in the 22nd century and has revolutionised transportation allowing vehicles to ‘skim’ or ﬂy for short distances. Vehicles with the Grav special rule are capable of ﬂying above obstacles if desired. The Hover Van is bulkier than other vehicles, and slower but benefits from increased resilience and transport capacity. 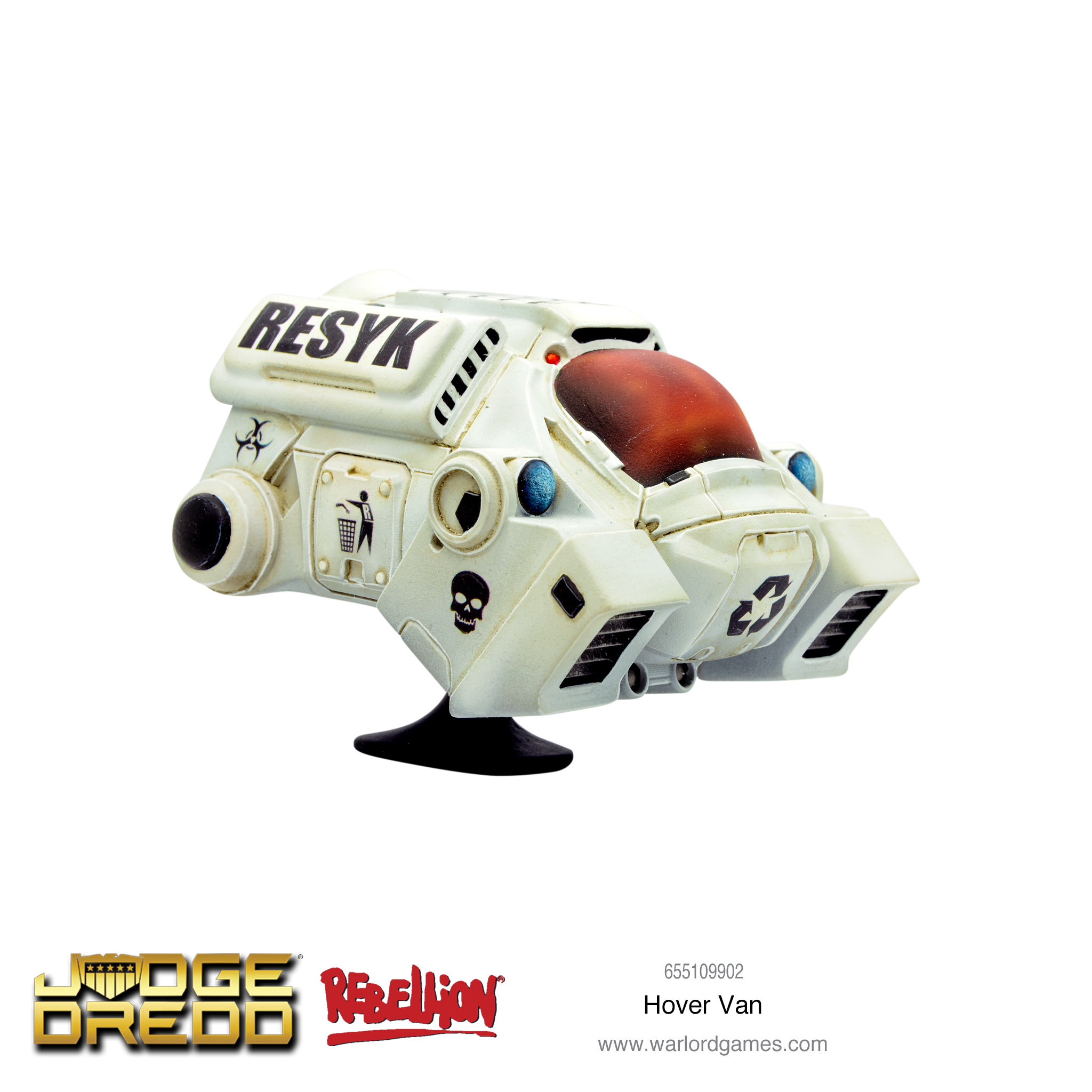 Begin your skirmishes in Mega-City One

Bring the law to the streets of Mega-City One with the brand new Judge Dredd Miniature Game. Stamp out the gangs or stick it to the Judges!

The Judge Dredd rulebook contains everything you need to know about playing the game and includes rules for fighting within buildings and using vehicles. As well as a number of scenarios, there are rules for developing your chosen faction in a series of linked games.

You’ll receive a softback copy of the rules, and 10 miniatures (in our new Warlord Resin); 8 block gang members and 2 street judges to begin your skirmishes in Mega-City One. In the box, you’ll also find a double-sided full-colour playmat and all the die and tokens you need to get playing. 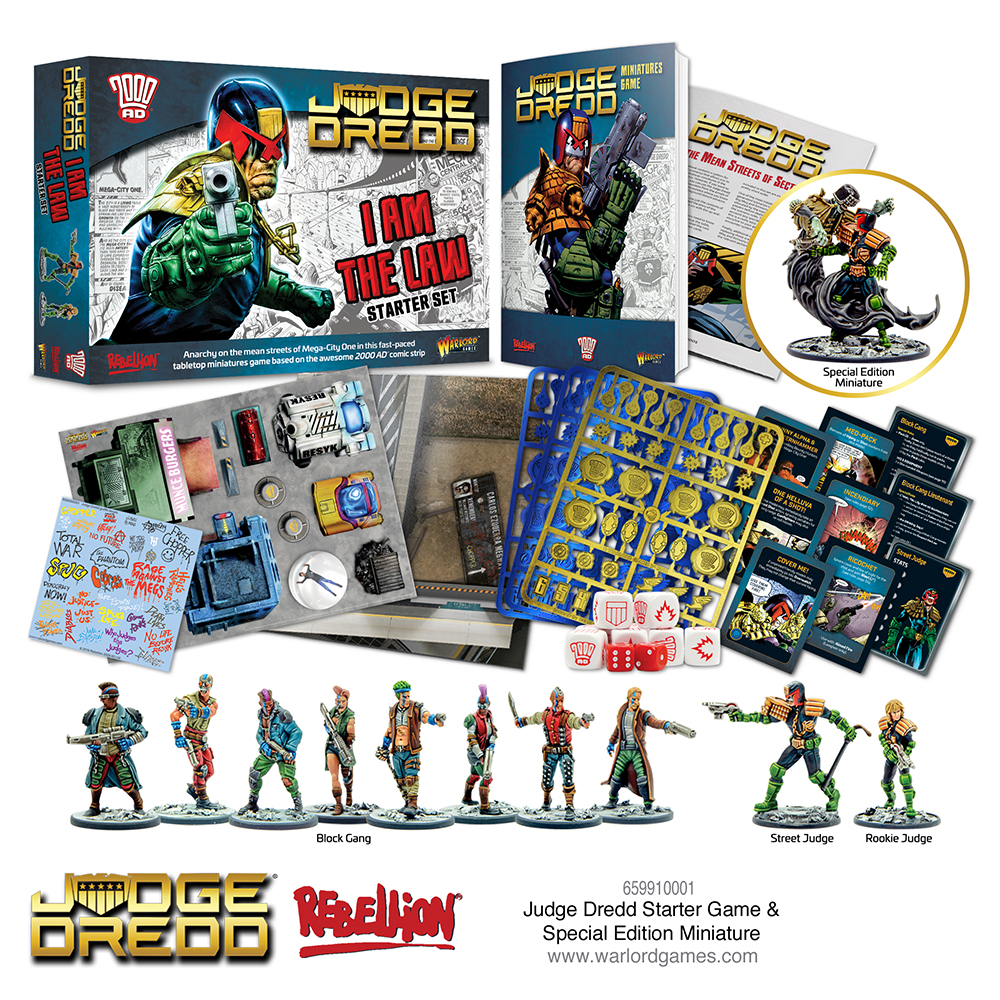