Close Quarters is packed full of new rules to spice up your games of Cruel Seas. This week, we’re taking a look at some German glide bombs – the Fritz X and Hs 293.

Luftwaffe pilots and analysts recognised the difficulty of accurately bombing moving ships during the Spanish Civil War. Tactics at the time called for a swarm of single-engined dive bombers to attack ships at low altitude, dropping 250kg and 500kg bombs through the ship’s vulnerable deck armour, hopefully striking a magazine or fuel bunker, destroying the ship with a devastating strike. 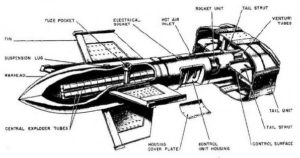 A diagram of the Fritz X guided weapon.

The proliferation of anti-aircraft guns on even the smallest ship made bombing runs particularly hazardous. Experiments began with radio-controlled weapons began in 1938, with the fitting of radio-controlled fins to a 250kg bomb. By 1943, German scientists had fitted control surfaces and radio receivers to a 1,400kg armour-piercing bomb, giving it a maximum range of 5km.

At the same time, a team at Henschel had upgraded an existing glide bomb design with a rocket motor and the same radio control system. Complete with wings and rocket motor, the Hs 293 had a much greater range of 12km.

Designated the Hs 293, this weapon was designed to be used against unarmoured ships, while the Fritz X was intended for use against armoured targets.

A clapped-out German minesweeper provides the perfect target for a Fritz X!

We got a chance to find out how these incredible weapons worked in a game of Cruel Seas!

A guided weapon may be purchased for 25 points. It behaves like an aircraft – use all the usual aircraft rules – but it cannot be attacked by Flak. The weapon may only attack Large or Huge ships. When the Fritz is deployed, a British or UK player may attempt an ECM jam. Roll a D6, a 5+ jams the weapon and it is removed. If it hits, it causes 8D6 damage to the target.

We pitted a salvo of Fritz X guided weapons against a Flower-class Corvette and a couple of merchantmen. We imagined a scenario where an S-Boat flotilla would wait for the glide bombs to knock out the convoy escort before pouncing on the hapless merchantmen.

The ECM aboard the Flower-class defeated one of the weapons, but the other two hit home. Blazing stem to stern, the corvette was in no shape to fend off the predatory S-Boats who raked the convoy with cannon and torpedo before heading home!

Pre-order your copy of Cruel Seas: Close Quarters for when it releases on February 22nd! 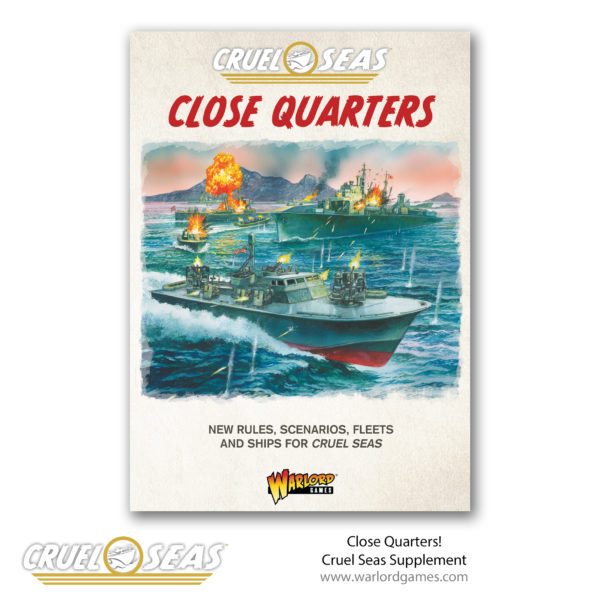 Tom spends most of his time buying books and painting miniatures. He enjoys putting animals on the bases of his miniatures and half-finishing side projects. Some say that he lives in a tower on top of some windswept northern hill with his wife and cow-patterned cat, Spaghetti.
View Profile | View all posts by Tom Mecredy
Warlords of Erehwon: Swords of the Samurai
Bolt Action: What is Tank War? 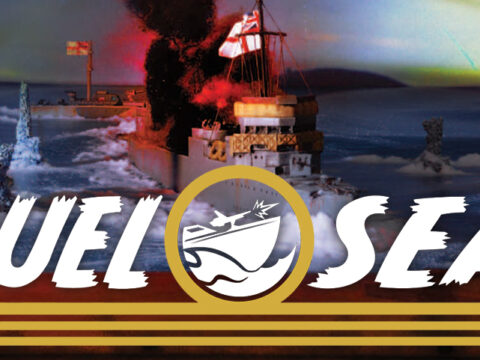