The Kriegsmarine will use any craft available to support the German armies advance, The Luftwaffe Siebel Ferry will prove vital to your forces victory! 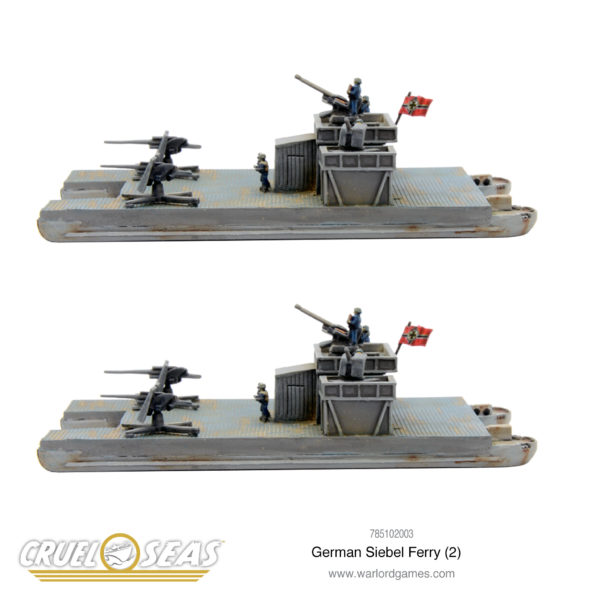 Dubbed the Kleine fähre (small ferry) the Siebel ferry would prove it’s self a highly useful and adaptable vessel.
Aircraft designer Fritz Siebel (A commissioned a colonel in the Luftwaffe) had been assigned his own Sonderkommando (special command) for improvising Luftwaffe invasion craft for Operation Sea Lion. 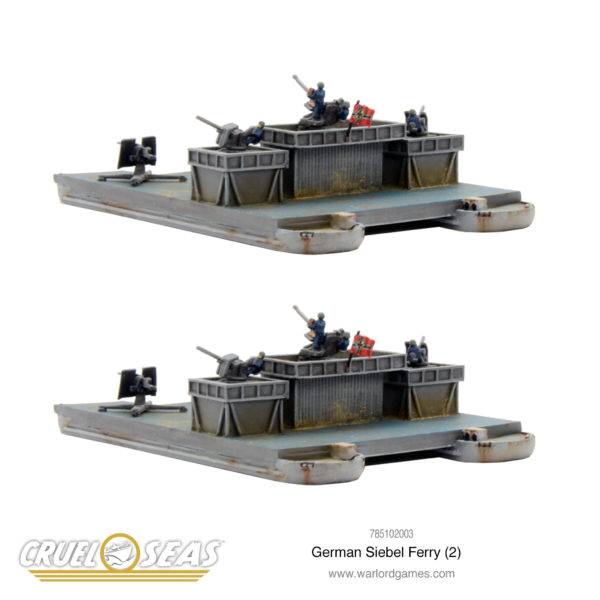 Colonel Siebel’s ferry used flat-bottomed pontoons that were squared off in front. In combination with the vessel’s wide cargo deck, this made for an exceptionally stable gun platform, capable of surviving even Force 6 waves.
In fact, the Luftwaffe mounted various-sized flak pieces on the ferries finding the 8.8 cm guns, in particular, well-adapted for this role.

The Luftwaffe continue producing Siebel ferries under its own Special Ferry Command (Fähre-Sonderkommando). Configured to serve a variety of special purposes, from minelaying to convoy escort, most would see action transporting troops, vehicles and supplies. 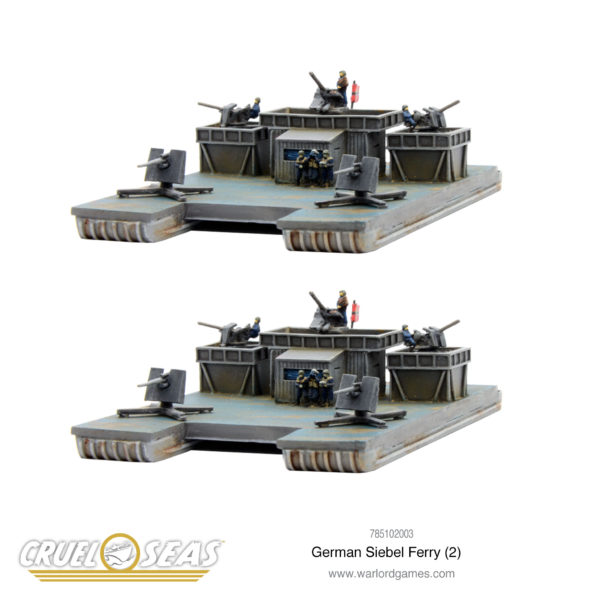 The Siebel Ferry comes in packs of two expand your Kriegsmarine fleet.