If you’re new to miniature wargaming, and – more specifically – the world of historical wargaming, the prospect of sitting down and adding a little colour to your newly acquired troops can be a daunting one…

“What colour Grey should I paint German jackets?” – we hear you cry… Well, never fear – Warlord are on hand to walk you through the process, step by easy-to-follow step…. here’s a quick example, taken from our American Painting Guide; 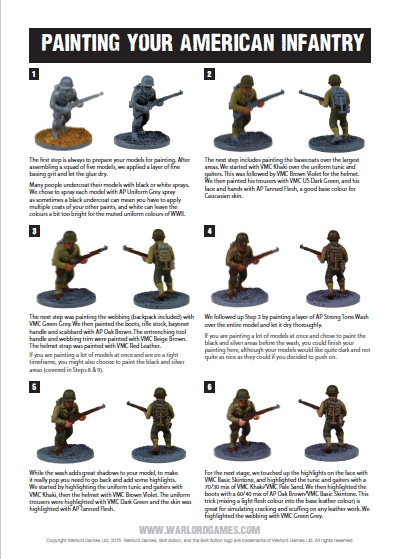 Step-by-step, we recommend which paints to use, with hints and tips built upon decades of painting experience and know-how…

To date, we’ve launched eight painting guides – covering the main Bolt Action protagonists – Britain, Germany, USA, the Soviet Union, Italy and France – offering guides on how to paint both standard infantrymen and tanks. Including tips on undercoating, base coats, washes, highlighting and basing, these guides are ideal for beginners and experienced painters alike – and they are now FREE to download! 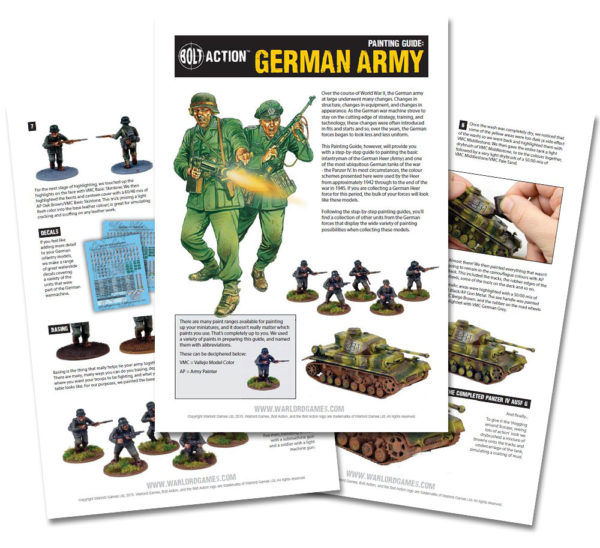 The German Army painting guide focuses on the mid war period basic infantryman of the German Heer (Army) and one of the most ubiquitous German tanks of the war – the Panzer IV. 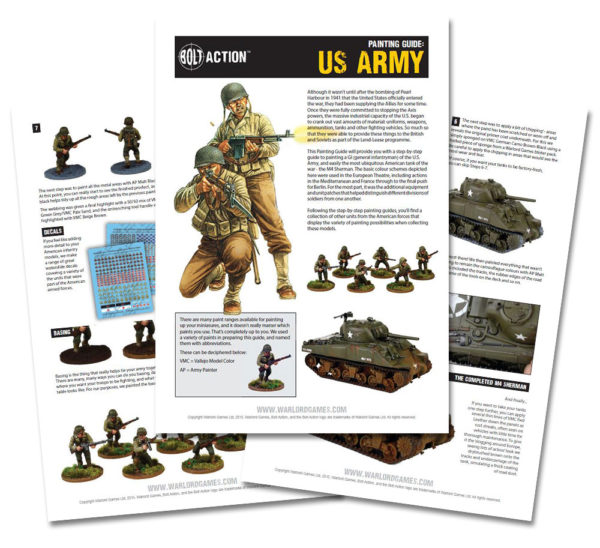 The US Army painting guide presents a step-by-step guided to painting a GI (general infantryman) and easily the most ubiquitous American tank of the war – the M4 Sherman. 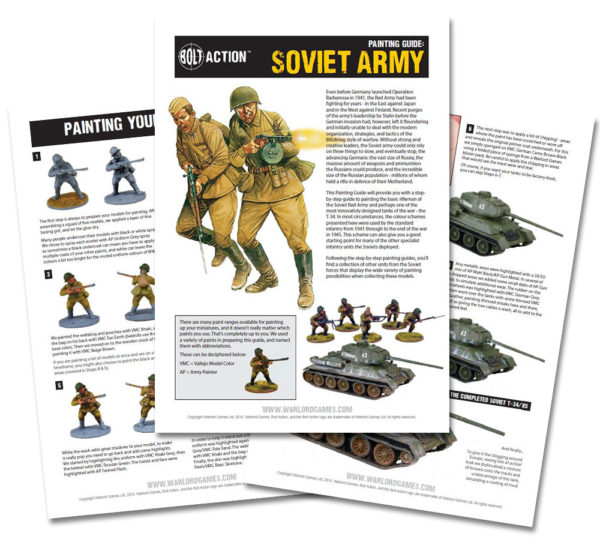 The Soviet Army painting guide covers painting the basic rifleman of the Soviet Red Army and perhaps one of the most innovative tanks of the war – the T-34. 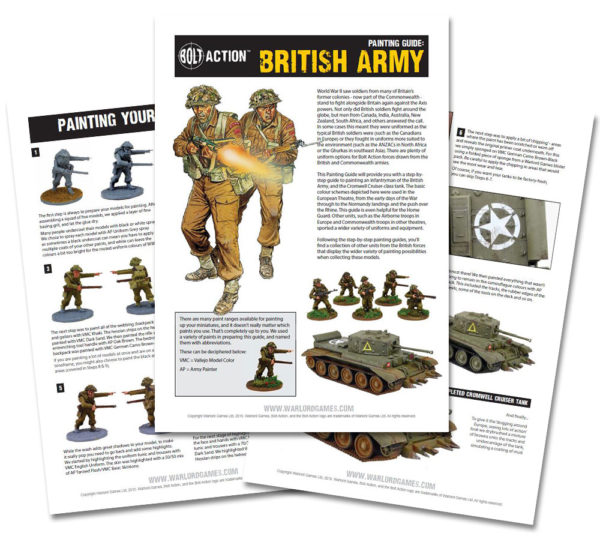 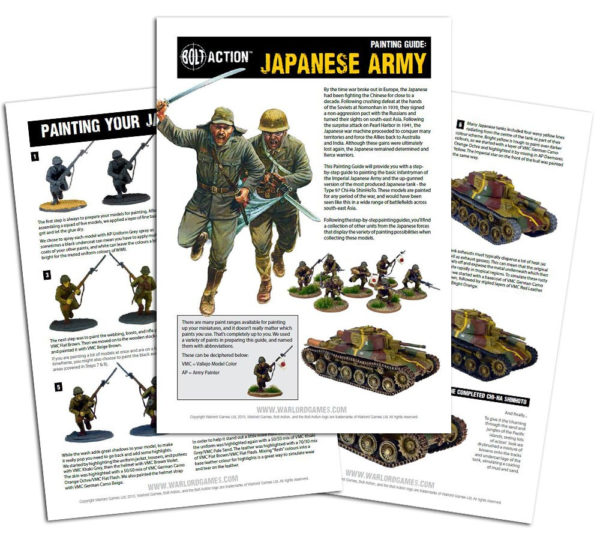 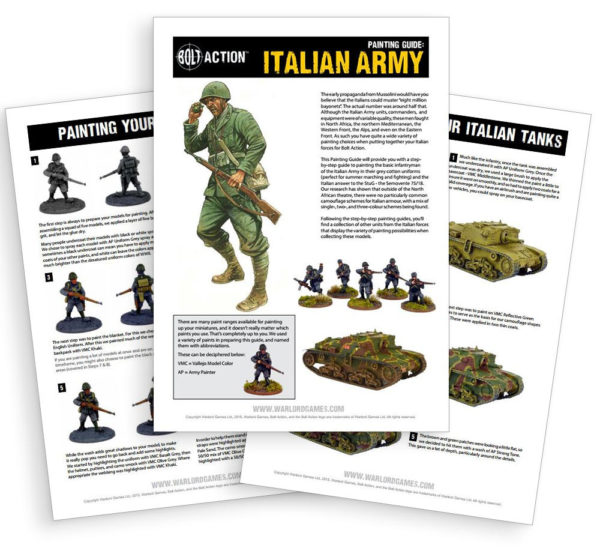 The Italian Army painting guide takes you through painting an infantryman of the Italian Army, and the workhorse that was their Semovente 75/18 self-propelled gun tank. 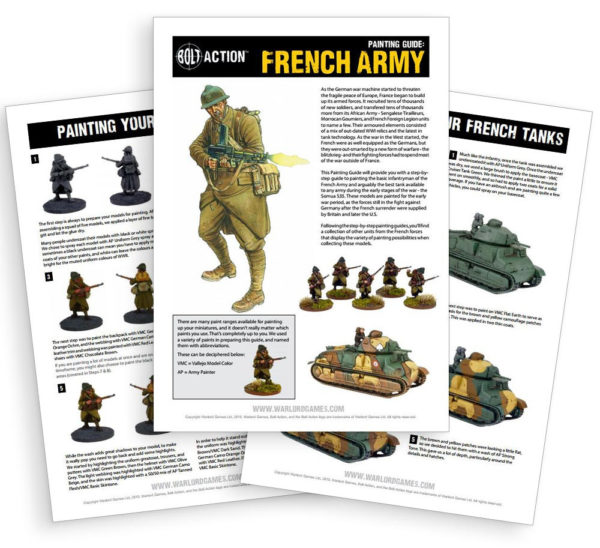 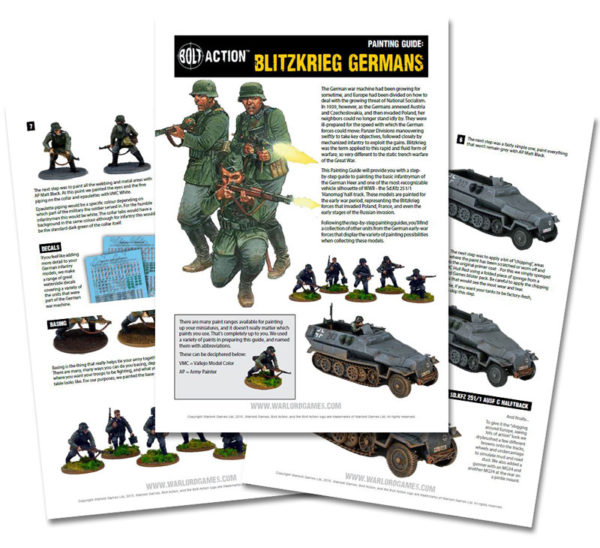 A perfect guide to starting your early war period German army with clear & detailed step-by-step descriptions and full colour photographs. Ideal for anyone new to painting or experienced painters looking for an extra piece of inspiration.

This guide takes you through painting your typical German Heer (army) infantryman, and a vehicle with one of the most iconic silhouettes of the war – the SdKfz251/1 Ausf C ‘Hanomag’.

Each of these painting guides has been written specifically for our Bolt Action players, and we’ve also created a series of themed Paint Bundles – each containing the key colours required to have your force painted in era-accurate colours – head on over to the Warlord webstore to pick-up yours today! 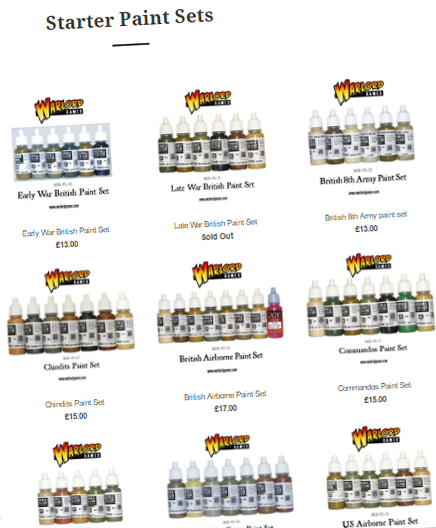