The Russian Armed forces of WWII are an interesting blend of extraordinary innovation and technical achievement, and extraordinary inexperience and foolish management of its huge forces. It certainly had plenty of small ships and boats for both offensive and defensive purposes. 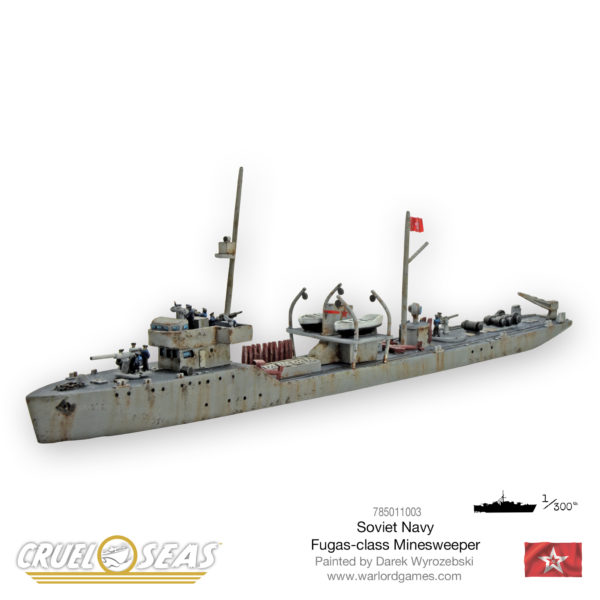 Built with steel hulls using a mixed welding and riveted construction they were intended to be very comfortable on long voyages, with central heating, sauna and even a cinema!

In practice they proved unstable in big seas and with their deep draft were frequent victims to mines. Despite this, 42 were built, with 18 sunk during the war. The vessels designated with a single-digit  (T-1 to T-8) were assigned to Pacific Fleet, T-201 to T-221 – to the Baltic fleet, and T-401 to T-415 – to the Black Sea fleet.

With 1 x 100 mm naval cannon, it could also be fitted with many AA options such as: 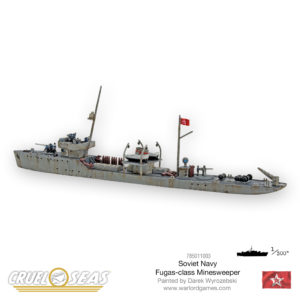 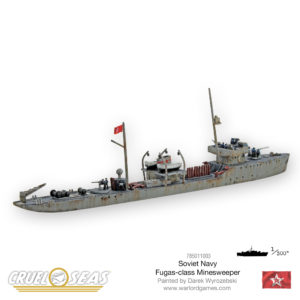 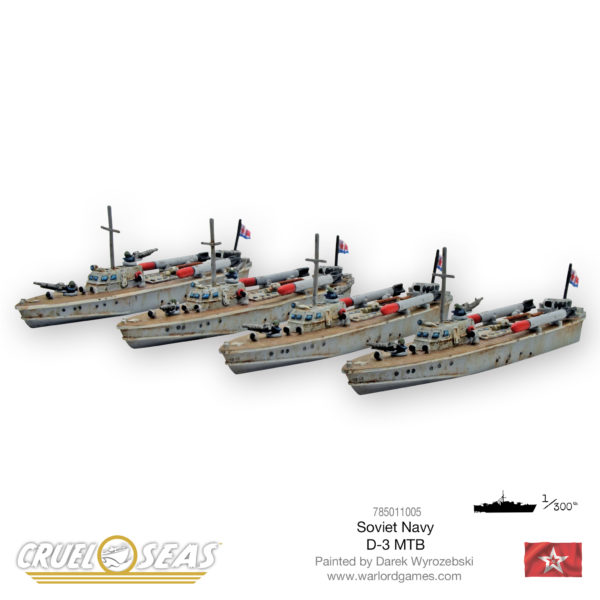 The D-3 class was built in wood, and carrying torpedoes openly on deck could attain speeds of 32 knots(59 km/h, 37 mph). Later boats in the series had improved engines increasing operating speeds to 48 knots (89 km/h, 55 mph)!

Although not many D-3s served in the Black Sea they were quite active, sinking German Barges and an Italian midget submarine. A most notable action was the sinking of the Elbing-class large torpedo boat T-31 in the Battle of Nerva Island. 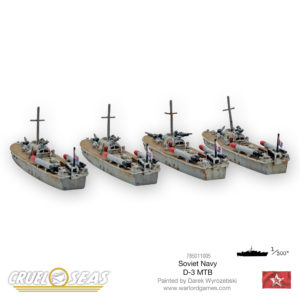 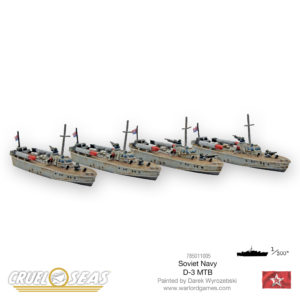 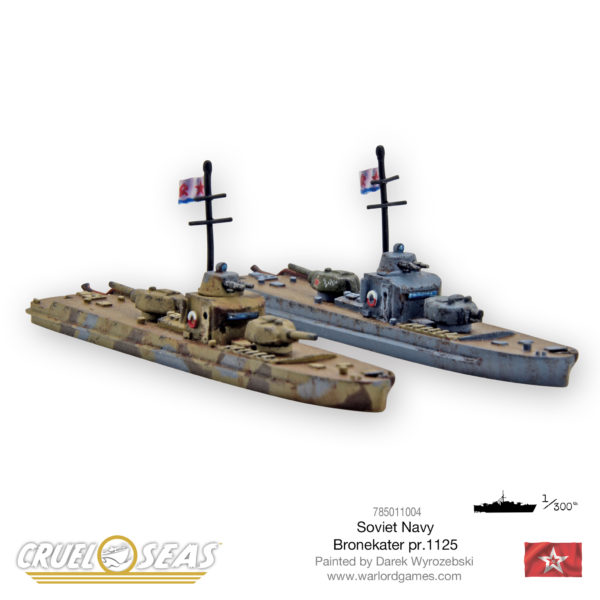 A most peculiar type of riverine and estuary craft was also developed by the Russians. This was the 1124 and 1125 class of armoured rivercraft or Bronekater. These shallow draught craft, drawing only 2-foot of water, could penetrate river systems and lakes, even being moved by rail and lorry to new locations. Some featured numerous armoured turrets, even T-34 tank turrets, and again, frequently equipped themselves with rails for the Katyusha launchers. They were tough little boats capable of receiving and dishing out punishment, though they had a small crew and were slow and poor deep watercraft. 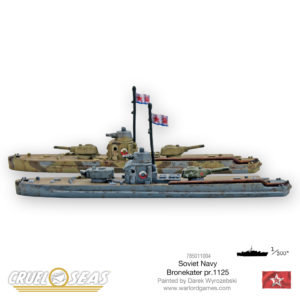 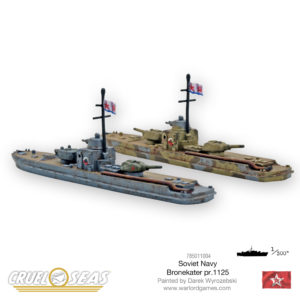 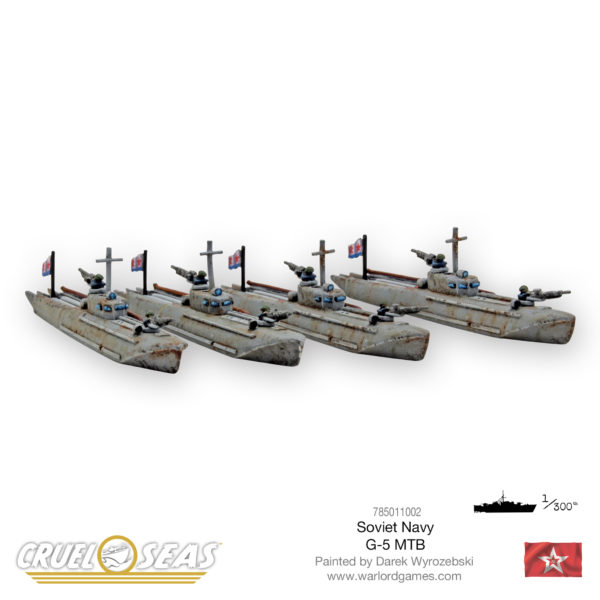 The Soviets used many captured craft and received British and American MTBs that were used in their light flotillas. Their home-grown efforts, however, produced the peculiar looking G-5 light torpedo boats. They built scores of these aluminium boats, a material which was vulnerable to salt water.

They were small and initially not very fast, but later models were 16 tons in weight and could manage 38 knots. Later G-5s could even achieve speeds of up to 40-48 knots if well maintained. They had a petrol engine. The late series even got up to 53 knots!

Their main strike weapon was two torpedoes, stern launched, which was rare in WWII. They were dropped tail first into the water, so a sharp turn was necessary on launch to get out of the way. Unlike most other nations, the boats carried no cannon but were armed with one 12.7mm machine gun and normally two 7.62mm MMGs. 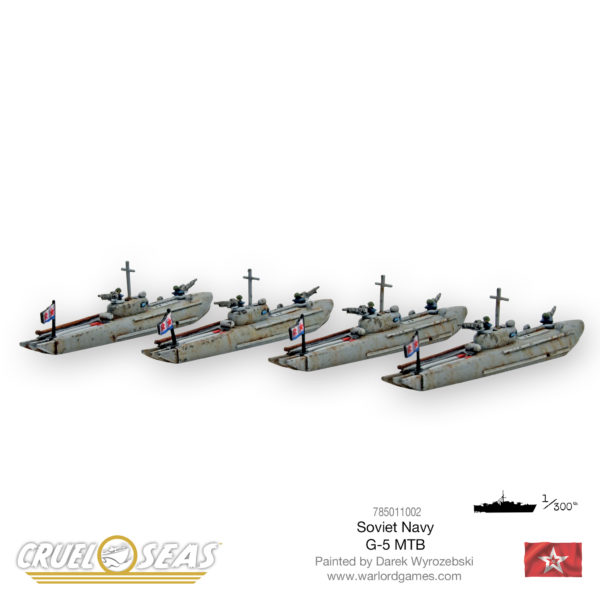 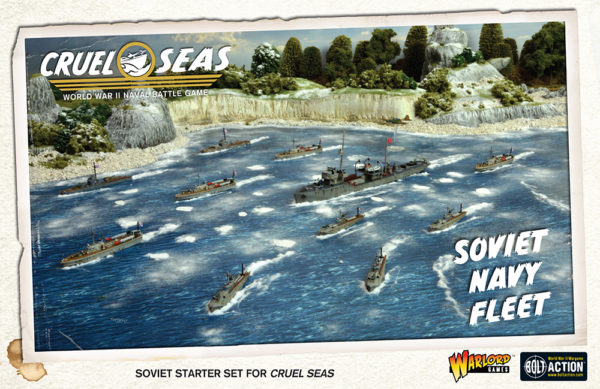