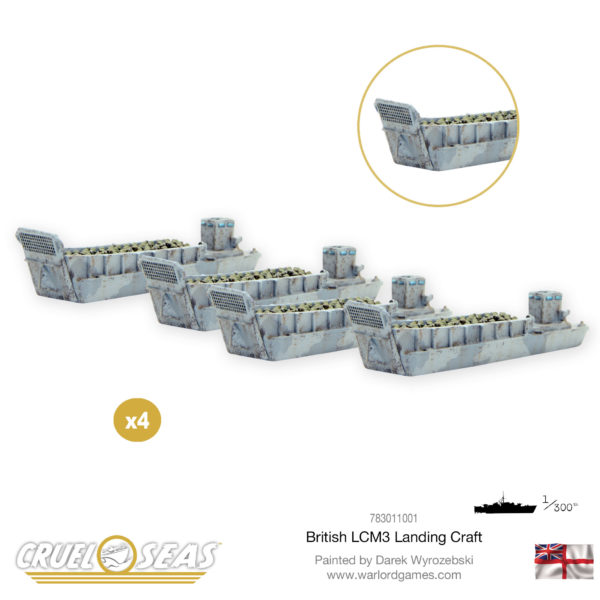 Capable of carrying 120 men or a medium tank, the LCM III used by the Royal Navy was the largest craft carried by attack transports. It was able to make up to 10 knots When loaded and had anchors and winches to back itself off the beach for a return trip to its transport.

The Royal Navy operated over 170 during Operation Neptune, the assault on the beaches known as D-Day 6th June 1944. 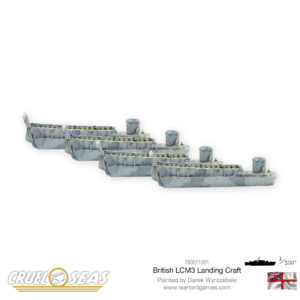 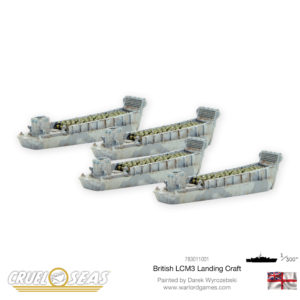 Control the Seas with the Royal Navy Fleet and prepare the way for invasion! 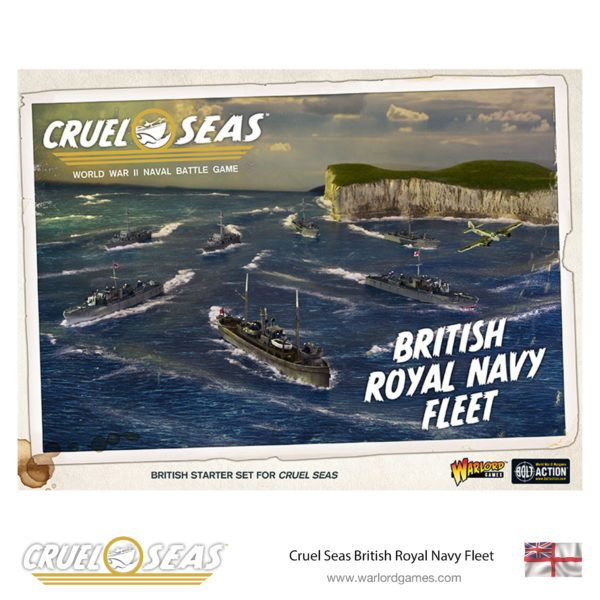