Prepare your Spanish fleet for the Black Seas, this paint set contains all the most commonly used colours used by the Spanish Navy.

Spanish ships followed various different patterns similar to the French and the British. However, Spanish captains favoured a red or maroon hull with black stripes. They could also add some blue details, especially on the stern of the ships. Like the French, they could have white or yellow masts with white, black or blue Tops, Bands and Yards. 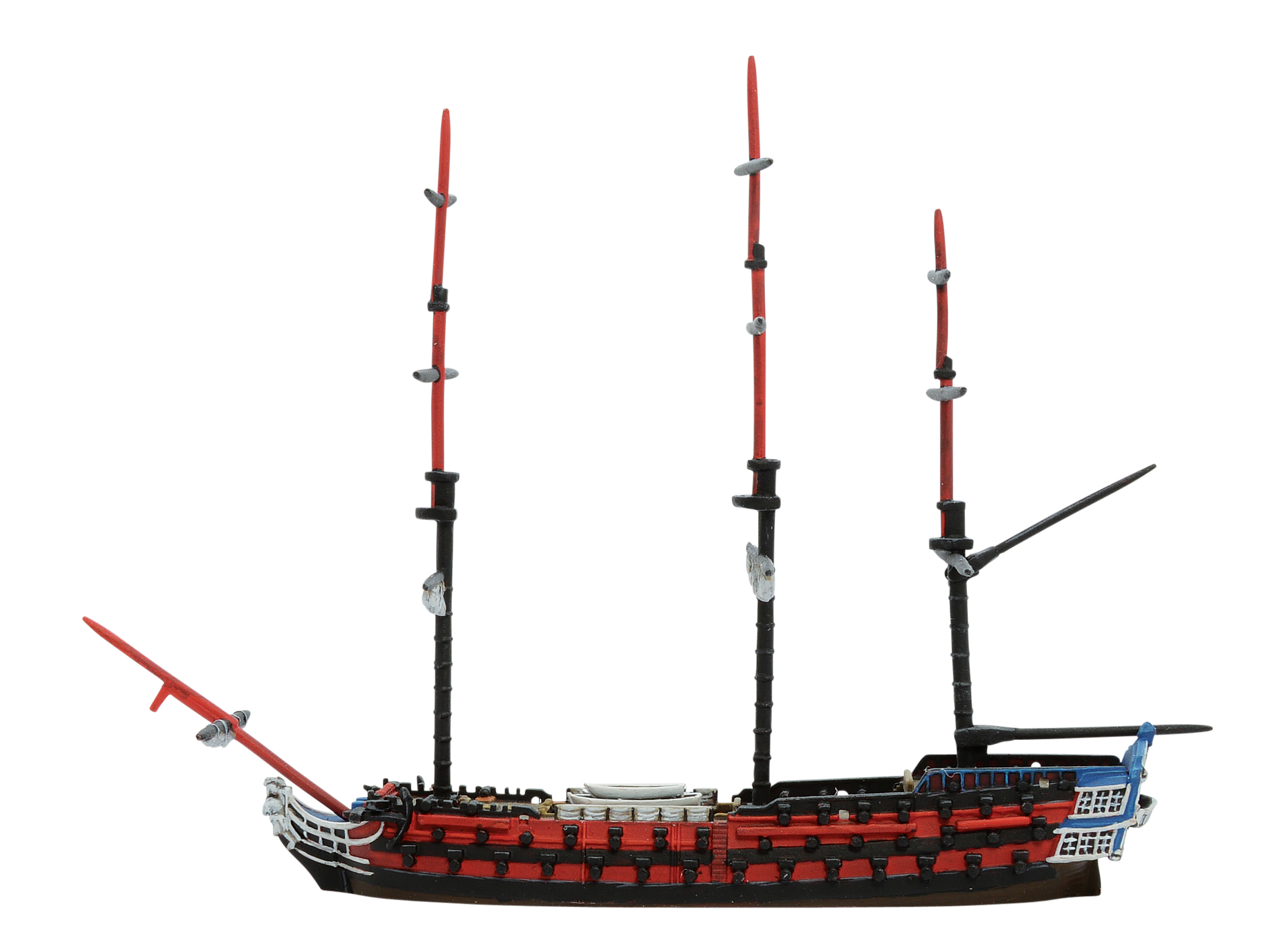 Below is a list of the paint bundle’s contents, as well as a guide to its usage with Spanish Navy vessels, as shown in the above image. 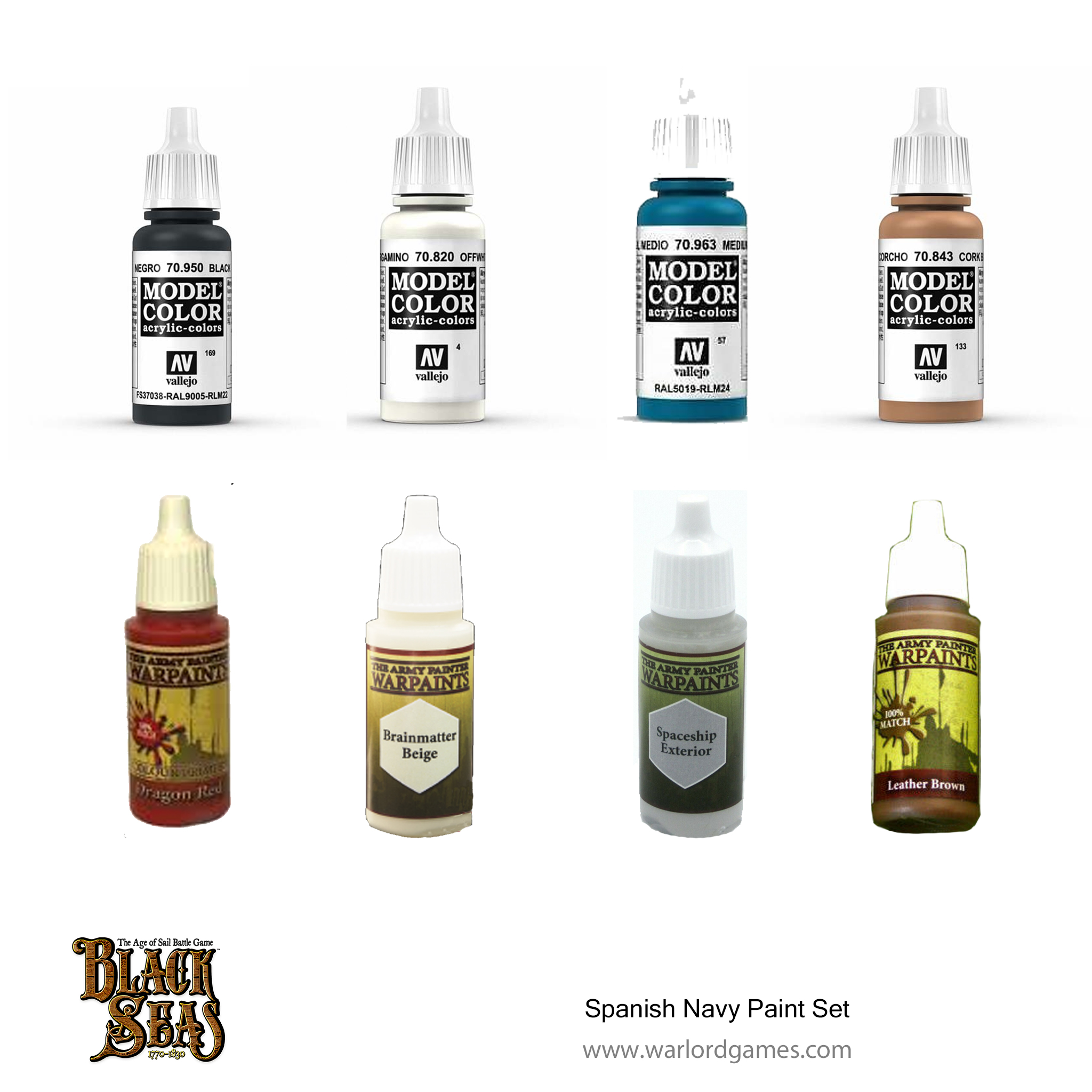 Get your Spanish fleet sea-ready with the Master & Commander starter box. As well as including the full rules, you’ll find three frigates and six brigs. You’ll also get sails, rigging and flag sheets for all your ships and all the ship cards, wake markers and tokens that you’ll need to play. 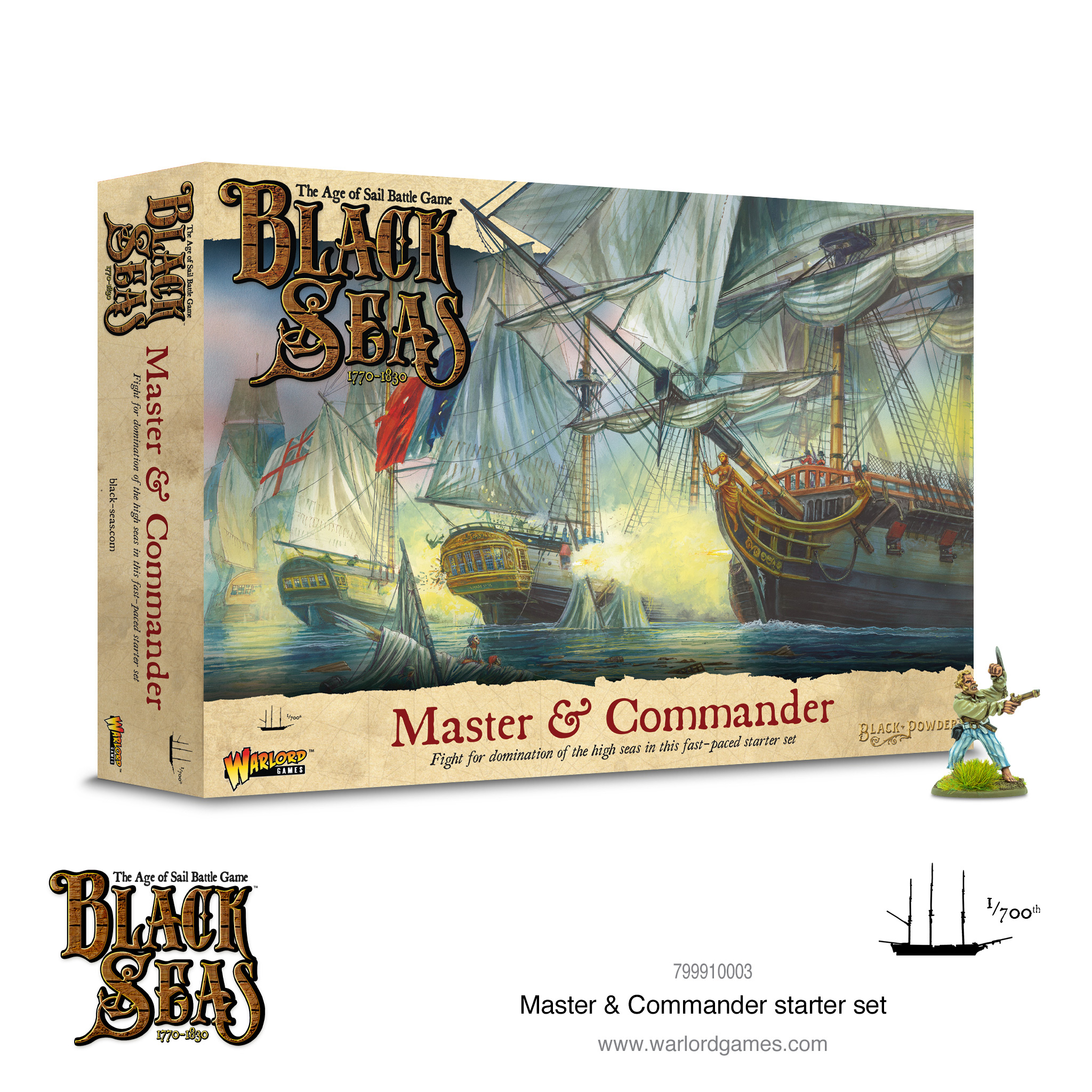 Look for the Spanish Navy fleet boxed set in December as well as the legendary four-decked behemoth of the Carronade era, the Santisima Trinidad.