Discover the French Navy in all its glory and sail your tall ships into history as the Amiral of your own fleet in Black Seas!

The French Navy has a history of highs and lows, both in terms of successes in battle and in the number and quality of its ships.
In the mid-1700s, after the defeats of the Seven Years’ War, the French Navy was at a nadir. However, due to the efforts of Louis XV and later Louis XVI, France rebuilt and reinforced its fleets with well-designed and well-built ships.

French support for the American uprising against the British in 1775 saw their fleets involved in numerous actions against the Royal Navy. In the decisive and strategically important Battle of Chesapeake, 24 ships of the line, led by Admiral de Grasse, managed to defeat a British fleet ensuring a victory for the ground forces at the Battle of Yorktown. In 1780 a combined Franco-Spanish fleet captured a large British convoy in the Atlantic, despite it being escorted by a 3rd rate ship and two frigates. 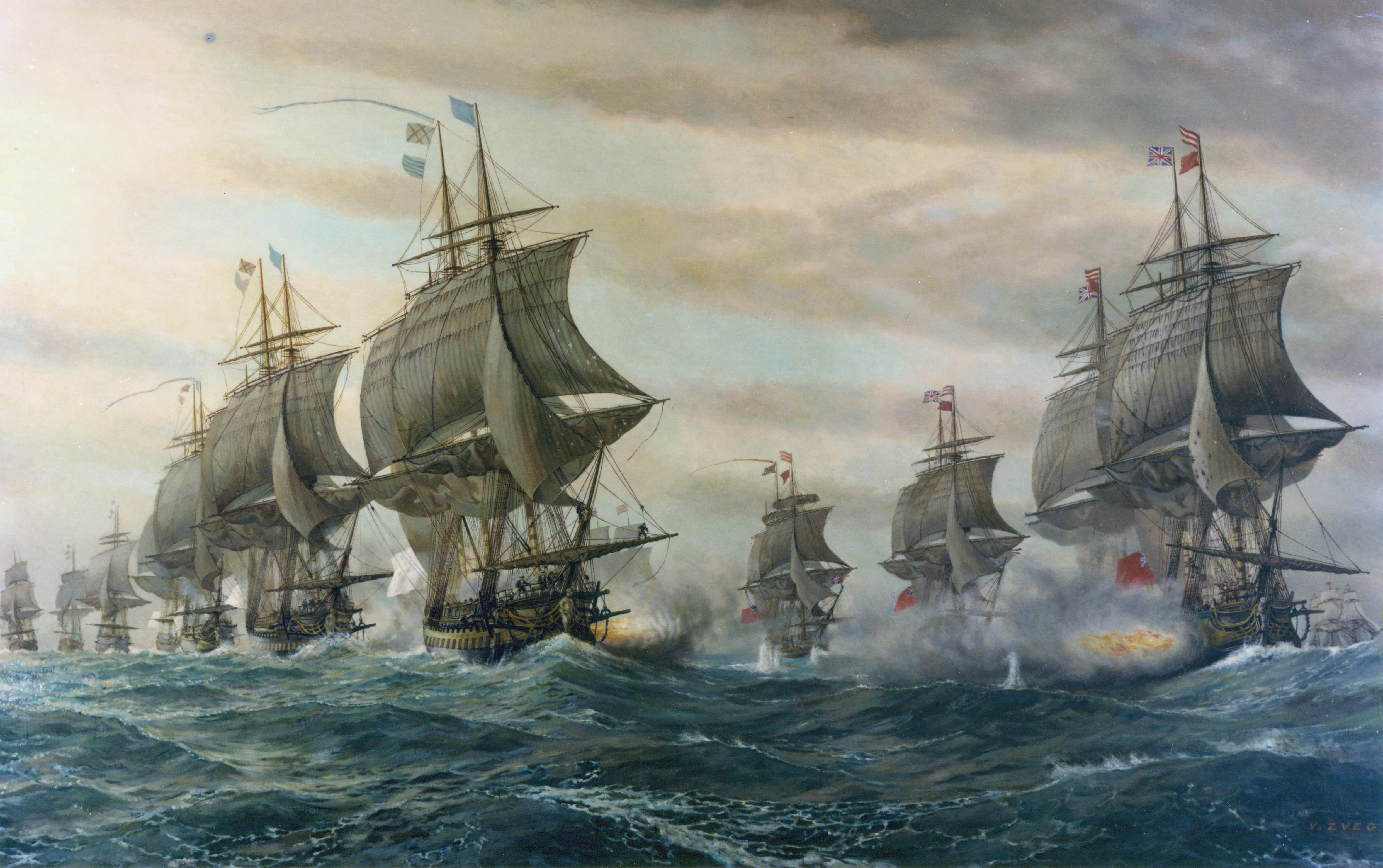 Before the French Revolution in 1789, French discipline and gunnery training were on par with their British and Spanish counterparts. The executions of many highly experienced noble officers and the dissolution of the Fleet Gunners Corps during the French Revolution badly hamstrung the overall performance of French ships for many years to come. This culminated in the major defeat at the Battle of Trafalgar at the hands of the Royal Navy, where 20 French ships and many lives were lost. 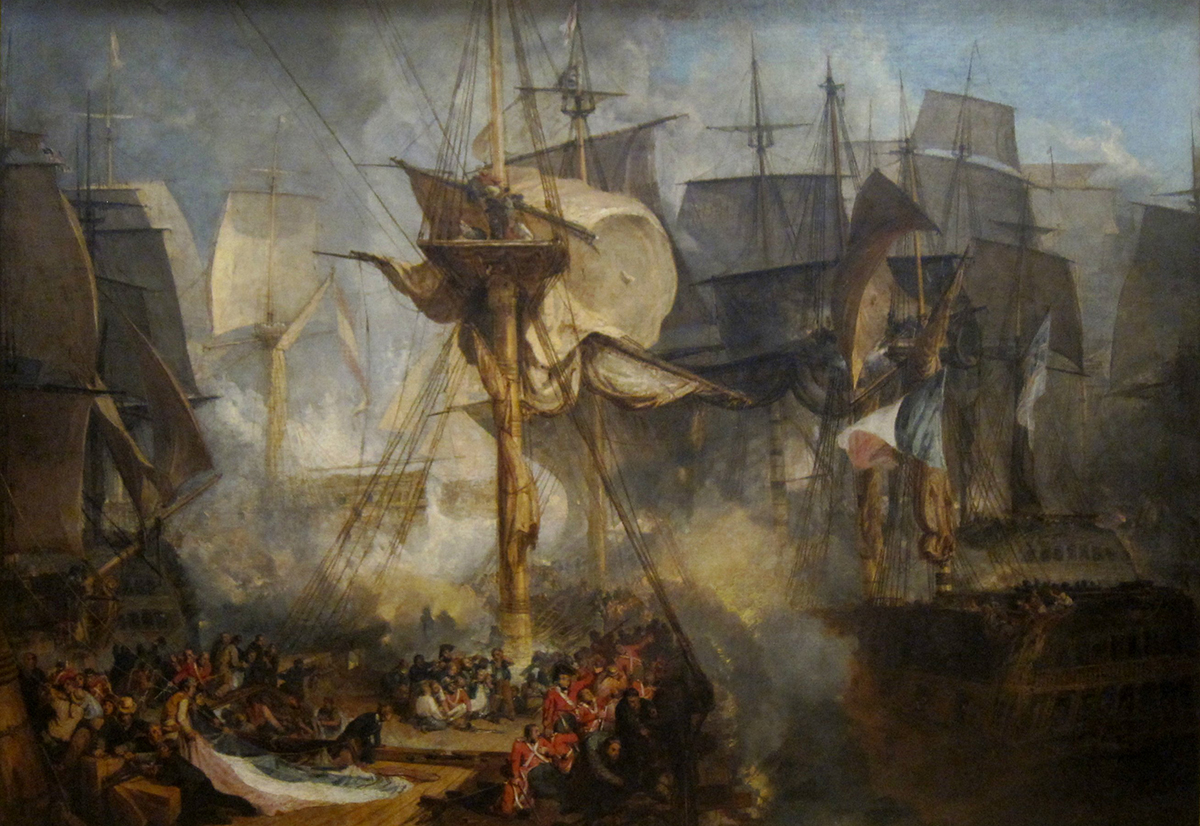 The Battle of Trafalgar, as seen from the starboard mizzen shrouds of the Victory – J. M. W. Turner

Despite being at war with Spain at the beginning of the 19th century, there were no significant naval engagements with Spanish ships. Instead, France and Spain would often combine fleets to oppose the might of the British. It would be natural for Black Seas players to play with similar alliances…

The French Fleet in Black Seas

French ships were usually very streamlined. They can, therefore, take the Streamlined upgrade for a discounted cost. Some ships were also much sturdier than their counterparts, so any French ship can take the Sturdy upgrade, though this option can prove costly.

The French also tended to attempt to disable enemy ships rather than sink them. They are especially adept at aiming high. French ships do not suffer as harsh a penalty when aiming high and do not suffer any penalty at all when using Chain Shot.

Discover more articles about the French in Black Seas Here: