Those fine chaps at the Worcester Wargames Club have sent us a few pics of their recent game of Black Powder. Feast your eyes on these!

We’ll let our own John Stallard tell the tale…

“After thirty years fighting together, the Worcester Wargames Club assembled once again (on the second saturday of the month at the YMCA in St Johns, Worcester) to give Black Powder a try out. I was trembling in my boots as they are a tough crowd, despising anything ‘new-fangled’, or anything that did not have a ‘+1 for being British’ as a standard. A tough crowd indeed…”

“So Dave, who owns fabulous Peninsular armies boldly agreed to fight it out with myself  to see what all this Black Powder stuff everyone had been talking about was. We agreed that it would be a cheery bash and see what happened. We little realised in our megalomania however that we soon had about 450 men a side, about 10 battalions each and three cavalry regiments and 2 or 3 field guns a side. Crikey!”

“Dave gamely placed a 4 battalion strong British brigade on the large table, with 2 more infantry and the cavalry brigade off the table as reinforcements, taunting the Frogs to come on and do their worst, knowing that his reserves would start appearing from his baseline on turn three. What could possibly go wrong…”

“I won’t bore you with a turn-based rendition of events, but the bold French attacks, put such pressure on the redcoats that the reserves, who came on in splendid style, were fighting for their lives and the honour of His most Imperial Majesty at once, leaving the large Highlander unit to its fate. What follows is the game as it unfolded…” 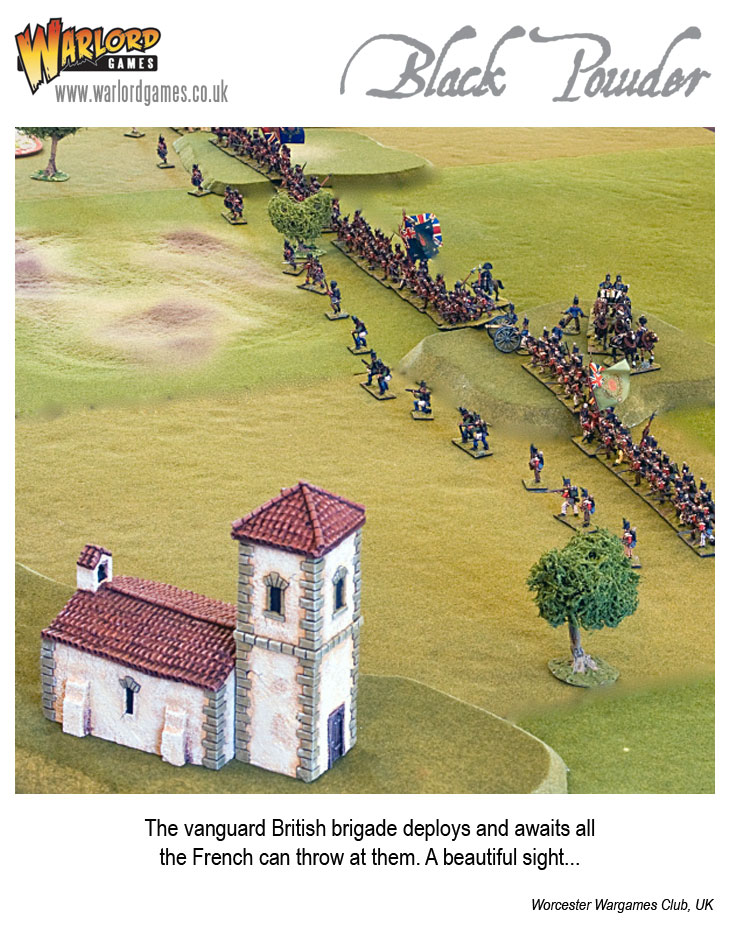 “Well, the Worcester club has a reputation for, lets just say, aggressive play, and the French commanders used the potential of quick maneouvre and combined arms to devastating effect. They were on the British line by turn one, forcing a battalion into square, then closing on it with dense columns of blue clad infantry. The supporting battery was also engaged and overwhelmed. It was a classic French attack, only dispensing with any preliminary artillery barrage on this occasion.” 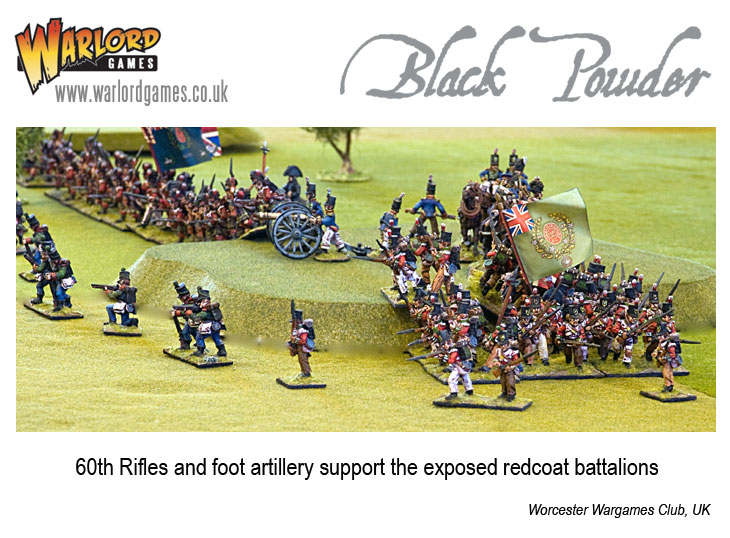 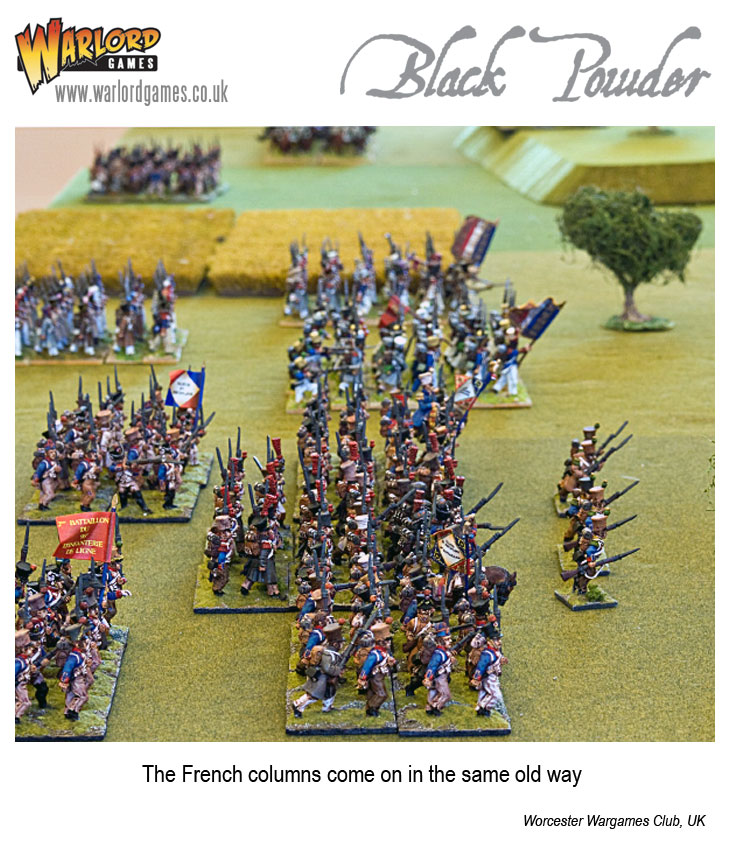 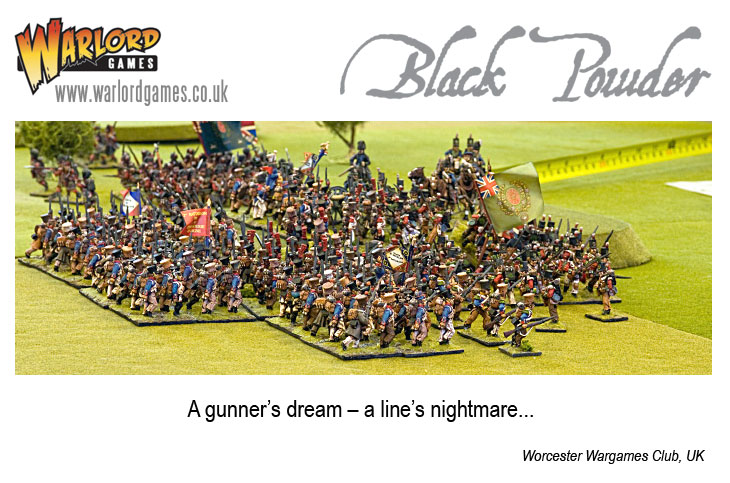 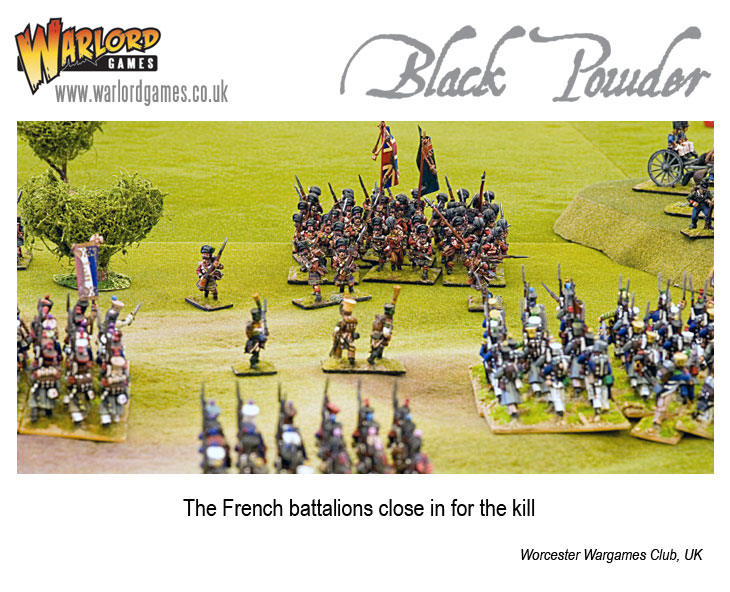 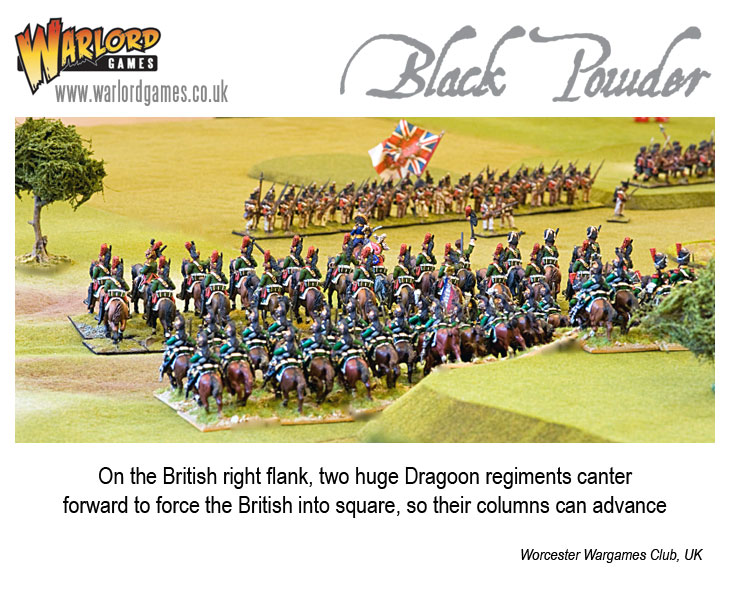 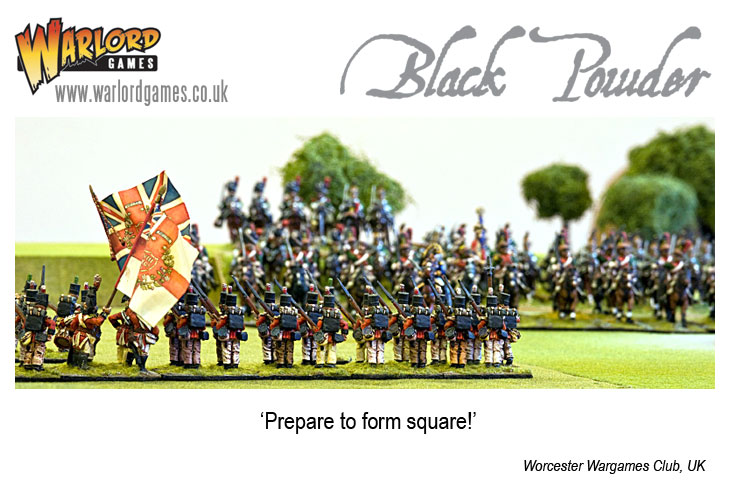 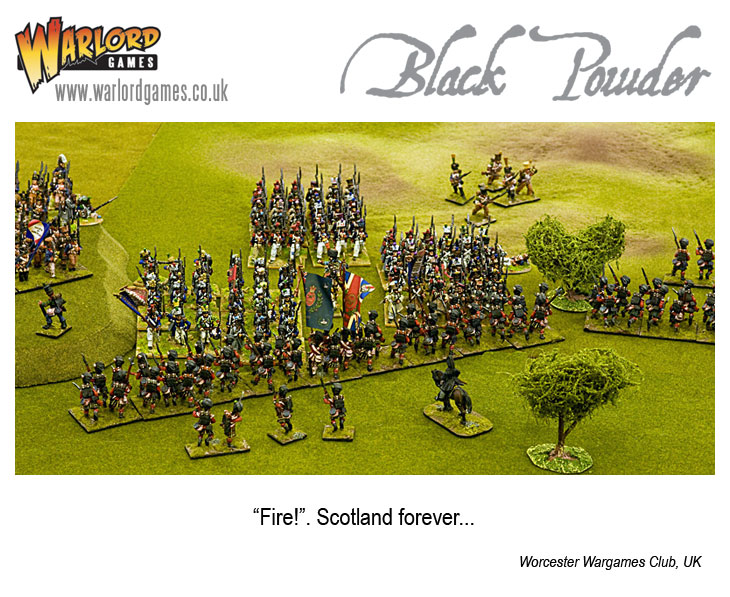 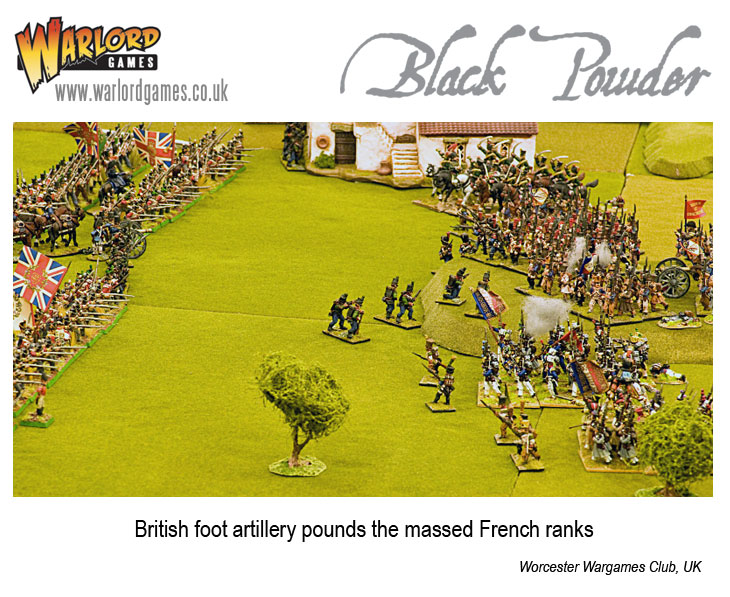 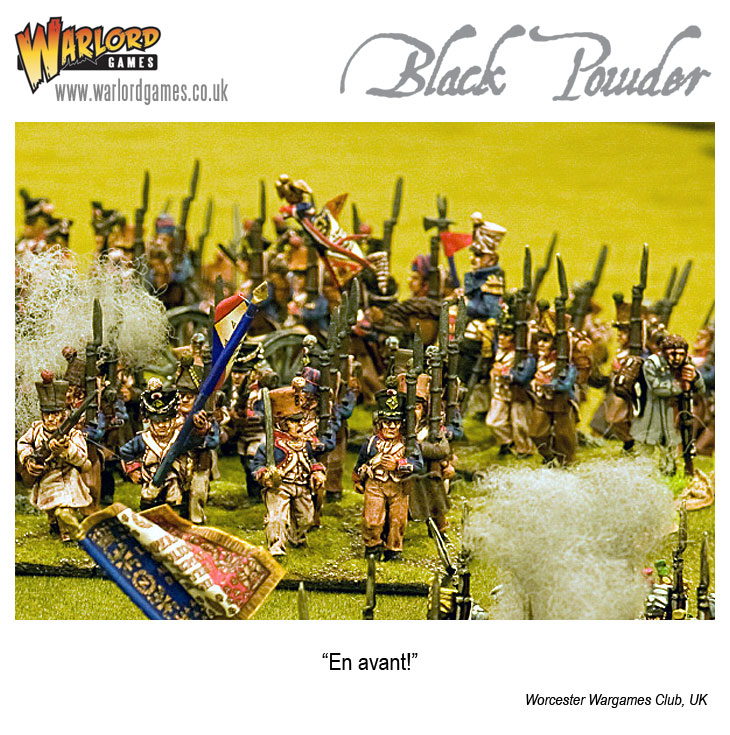 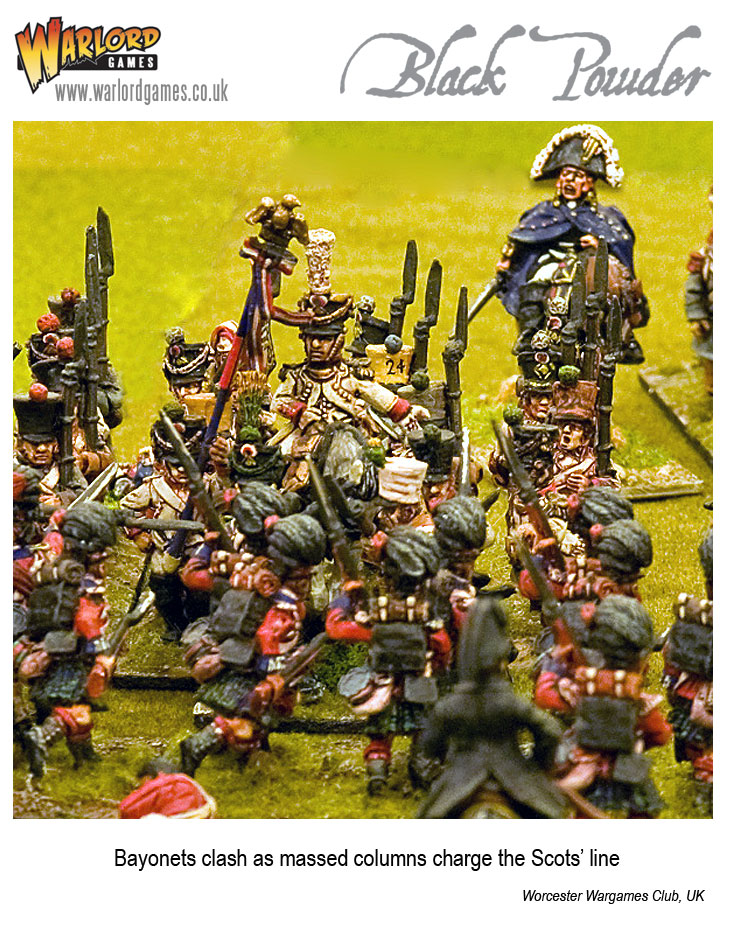 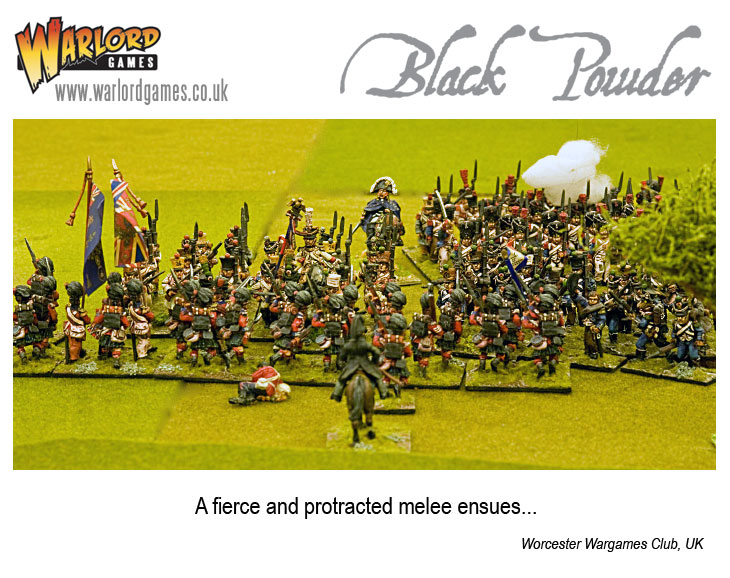 “Despite the French seemingly holding the upper hand, Black Powder is a devious game, and slowly the British commander worked out how to knock back the baying French battalions one-by-one. Don’t kill them – stop them, confuse them, then charge them! In a wonderful about-face, the gallant jocks steadied the centre of the line, defeated a whole French Brigade and were last seen marching over the Pyrenees – last stop Paris!” 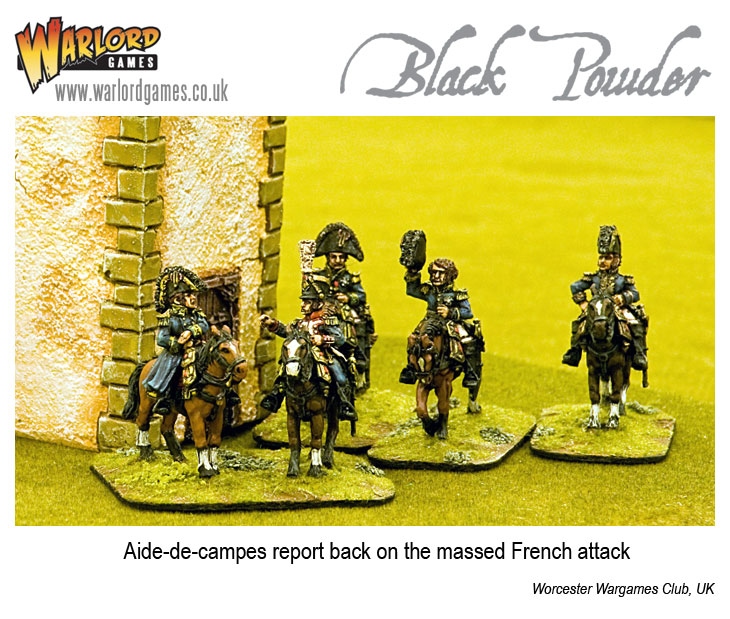 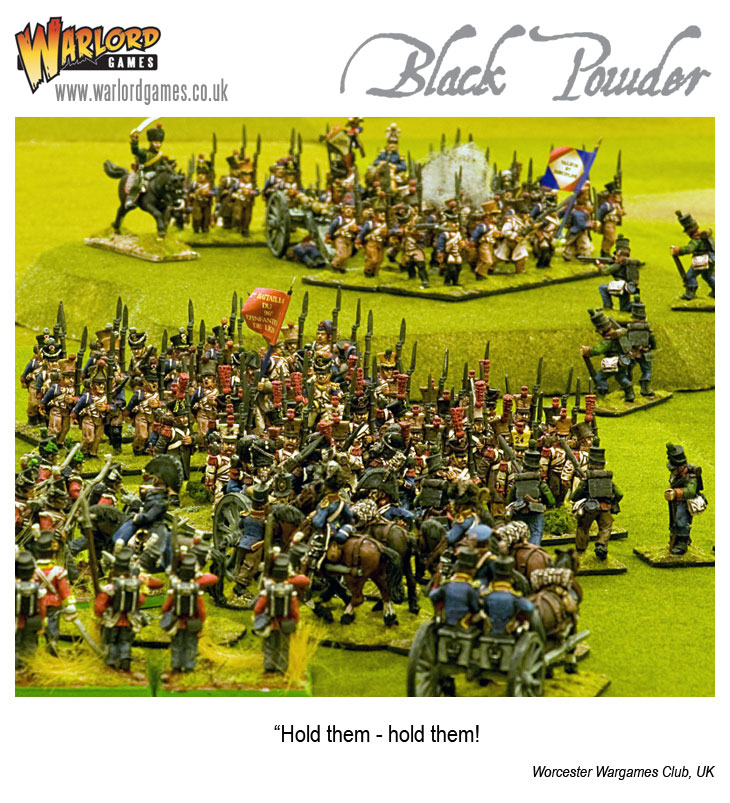 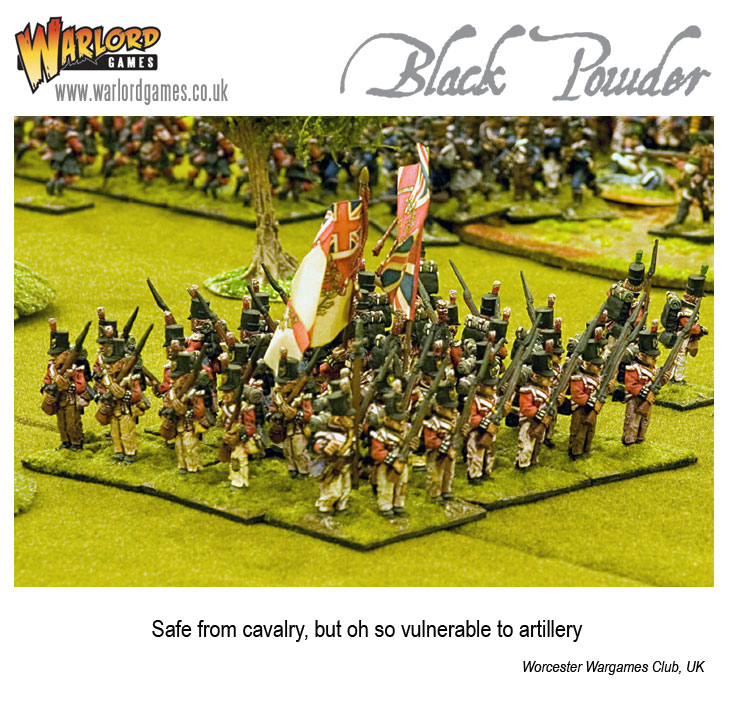 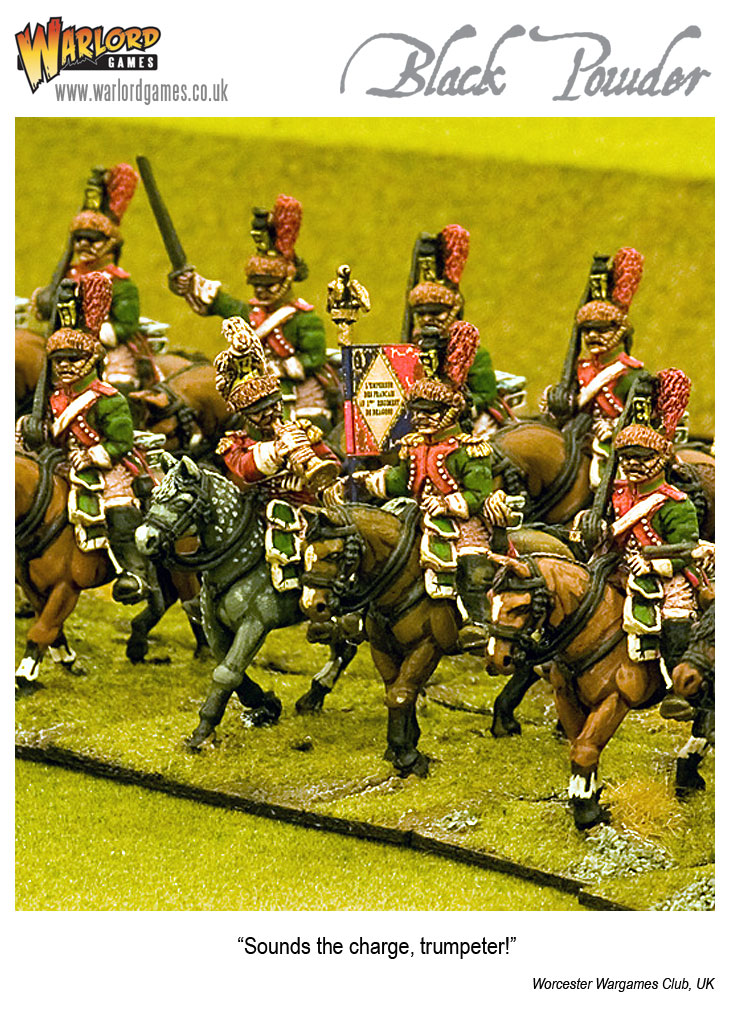 “A wonderful game, played with great style by messrs Dave, Pete, Paul, Kelly, Andy, John and Edmond who were patient enough to allow me to ignore lots of rules that I had forgotten – good sports one and all.”

Your correspondent in the field,