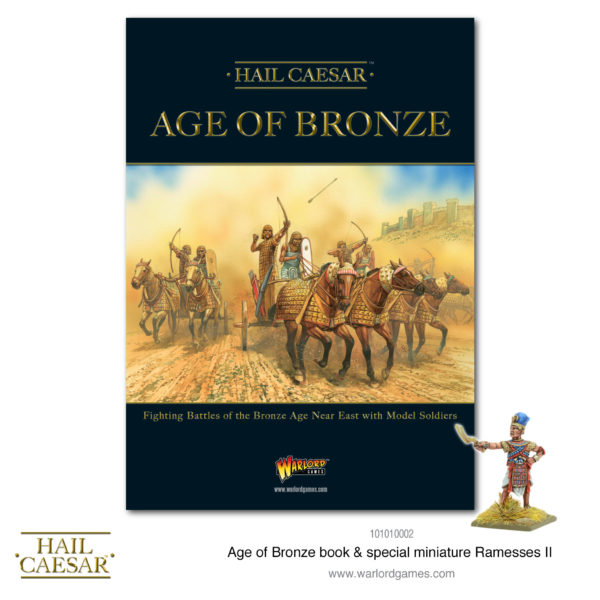 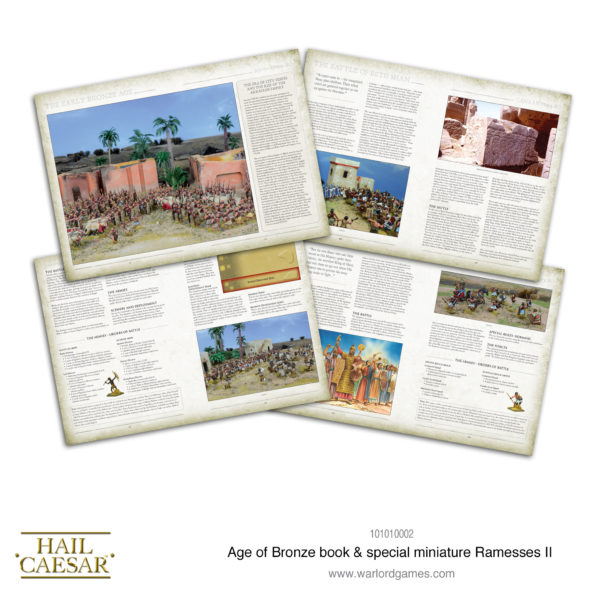 Around the ancient carvings of the warriors, which inspire the model soldiers depicted in this book, are the reports of their deeds on the battlefield. From what they tell us we can recreate battles for our model armies. In this book you will find many battle scenarios and skirmishes all based on real events. We begin with the Sumerians, rival city states. Then we see the rise and fall of the first great empire of the Akkadians. Ancient Egyptians fight to unite their nation and repel Hyksos invaders. The mighty Hammurabi takes on rivals to create the kingdom of Babylon. The chariot Empires of the Hittites and Mitanni clash and try and hold their own against the New Kingdom Pharaohs and the Mycenaeans. Egyptian and Canaanite chariots battle on the plain of Megiddo. Heroes fight duels upon the plain of Troy. Then Sea Peoples and Habiru tribes challenge the chariot lords as we approach the dramatic end of Bronze Age.

Written by Nigel Stillman, Age of Bronze contains 32 scenarios – in addition to the traditional Hail Caesar massed battles we introduce skirmish rules for smaller scale conflicts between warbands so often seen during this period 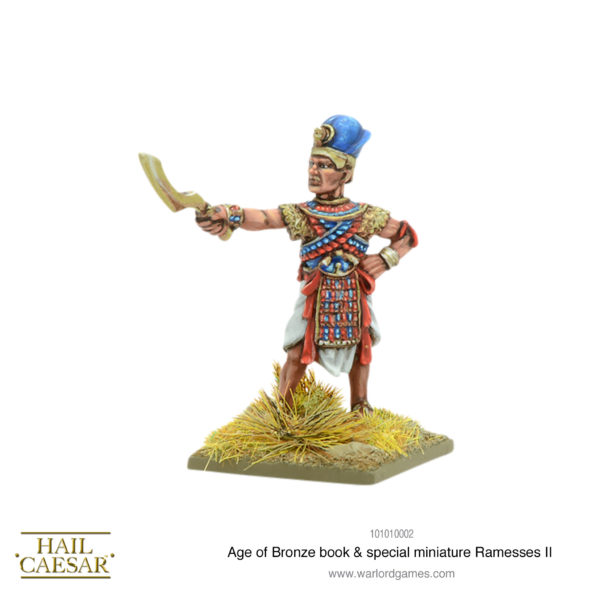