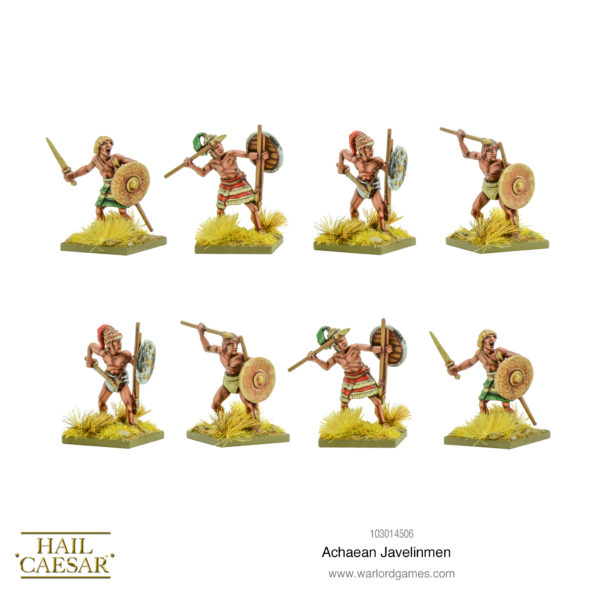 While Achaean Javalinmen could be employed as light infantry, skirmishers and even chariot runners, these shield-armed soldiers are more likely to be employed as medium infantry, bearing the brunt of fighting alongside the spearmen and perhaps the axe-armed Royal Guard. See the Mycenaean army list (which can be found on p.16 of the Army Lists: Biblical & Classical book) for further information.