Another year over – 2015 was another huge year for Warlord Games – with weekly releases covering all of our game systems – new supplements, new box sets, new army deals, masses upon masses of reinforcements, and even a whole new game added to the roster!

With 2016 approaching, it’s time once more to take a look back at the year as it draws to a close – to pick-out a just a few highlights, and most importantly – say a huge ‘Thank you’ to the community for their continued support.

2015 saw a huge increase in the Warlord community – with the ranks ever-swelling – new names and faces cropping-up on the Warlord Forums and the various Facebook pages/groups every day, new stores and clubs contacting us from every corner of the globe each week, and hobbyists emailing-in photographs of their handiwork on a near-daily basis!

It’s not often enough that we get the opportunity to thank you all for your support, your custom, and your enthusiasm – we’re extremely proud of the Warlord community – and we’re particularly proud of the friendliness and sense of comradeship that we see so often – everyone willing to assist one another by sharing knowledge, information and tips. There are far too many honourable mentions to list – we’re humbled and extremely proud to call each and every one of you not just a community member, but a friend. 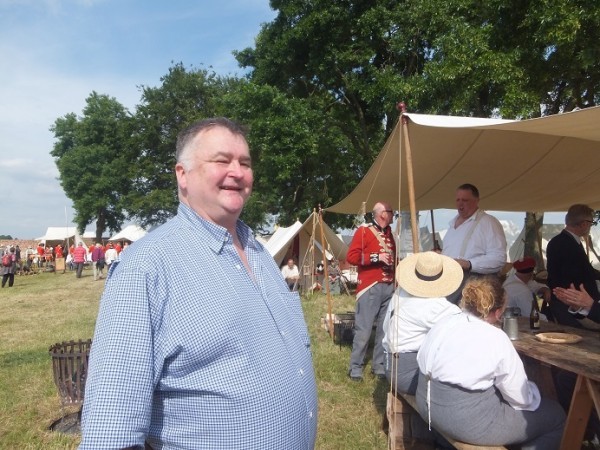 Where does the time go?? Warlord is now 8 years old and pretty much unrecognizable from its first faltering steps as a newborn

Fortunately we have a big team now with colossal experience in the whacky world of model soldiers so that although the work is long, we have got masses of releases made with a 5 year rolling product plan that will support all of our ranges.

We are often asked if we will simply drop some ranges or systems and the current answer is no.We love all of our work to date and intend to support each and everyone of the systems and ranges if at all possible. We will concentrate on Bolt Action and the new amazing Antares as that is the sensible business thing to do, but will be always revisiting the Black powder and Hail Caesar systems too.

We are getting even sharper with our plastics now, lots of new models out this year , culminating in the splendid German paras which are selling well and forming new battle formations , tough opponents indeed.

Antares is the star of this year mind.Three years in the making its breaking all our sales records and causing mayhem out there in the gaming world, even more so as it’s core mechanics mirror that of the well established Bolt action. Lovely models and lots more to come over the next few years,keep an eye out!

Thanks to our legions of fans who have helped us complete a wonderful year. 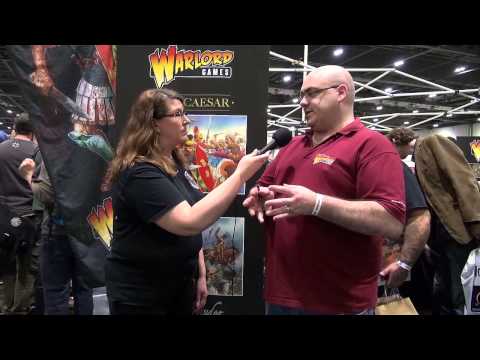 2015 was a beast of a year for us in the Warlord Games Studio. Not only did we produce and release Beyond the Gates of Antares, our new science fiction game, but we continued to heavily support Bolt Action as well as our other game systems. That we put out more wargames products than any other company on a regular basis astonishes people – it certainly astonishes me that our team consistently delivers great miniatures, books, etc for so many different rule systems. Hats off to them all.

My particular favourite release of 2015 was probably the new plastic German Grenadiers. Such an archetypal troop type for fighting out the last couple of years of WWII had to be a great set of sculpts and Wojtek certainly brought them to life. He might be small and foreign but he knows how to sculpt plastics!

But what about next year? Unsurprisingly it will be more of the same – with bells on. Antares will be seeing a lot of love as we build on the core troop types already available with more exotic stuff like skimmers, combat drones, characters, etc. The Isorians will also be making a fashionably late appearance early in 2016. Our first Antares supplement will be out in the Summer and builds on the background in the rulebook over the exploration/domination of the planet Xilos. Expect new troop types and characters to be included!

But it won’t all be plasma guns and hyperlight shields! Bolt Action will continue to go from strength to strength as we publish the last of the Theatre Books – Duel in the Sun. With the Theatre Books complete, work is already well underway on a new series of Campaign Books which will cover the likes of the Battle of the Bulge, Operation Market Garden, the New Guinea Campaign,etc. We have stacks more plastic (and resin!) vehicles coming through as well as many more plastic and metal figures for most armies.

Fans of games set further back in history are of course going to be well supported – whether that’s for Hail Caesar, Pike & Shotte or Black Powder. In fact we have a few surprises up our sleeves but that will have to wait until nearer the time… 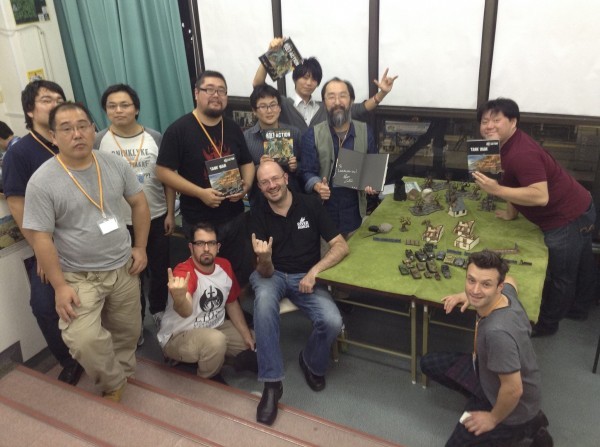 Writer of Bolt Action, lover of Flamethrowers and Cameramen…

Well, from my point of view the most exciting product has been Terminator, of course. It has been frantic, but it’s also been very very exciting to bring that beloved IP to market as a wargame! Next year I’m looking forward to continuing to develop it further as we wait eagerly for the next instalments of the new trilogy.

I also loved the success of the Theatre books for Bolt Action, as well as the fun summer campaign, and I’m already hard at work on some of the great new products scheduled for Bolt Action in 2016… 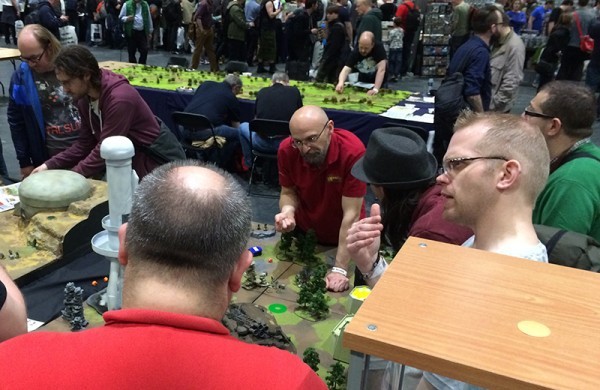 When asked to write a few words last year this time in 2014 I did say that 2015 was going to be ‘monumental’ for Warlord. Well 2015 has indeed been monumental and not least of all because at long last Warlord have launched my new Beyond the Gates of Antares science-fiction range. Almost three years in the making, the Antares game is now available to buy along with the first models in what promises to be an exciting and extensive offering. So what can I say about the last year – for me it has largely been one spent putting Antares together, helping out with the model range where I can, playing games with an eye to perfecting rules, and writing, writing, writing.

I know – of course – that much more has happened at Warlord and that there have been numerous releases for Bolt Action as well as for any number of other ranges. I have even managed to add to my Soviet WW2 army as a consequence, and further reinforcements are gathering on the horizon to tempt me! In fact it’s great to see the Warlord team so busy and so many new faces joining us in our endeavours. Actually, it’s not just the faces that are new. It’s not that we’ve been grafting new faces onto existing staff or anything. No, I mean there are many new staff in their entirety. New to Warlord that is. I mean they didn’t just pop magically into existence overnight or anything. Some of them have been around for years. Many, many years in some cases. This rule writing business is harder than people think you know.

Anyway, last year I predicted a monumental year ahead and the new year is lining up to be – what – even more monumental! That’s ‘monumentally’ then. That’s my official prediction for Warlord in 2016. Monumentally. Thank you.